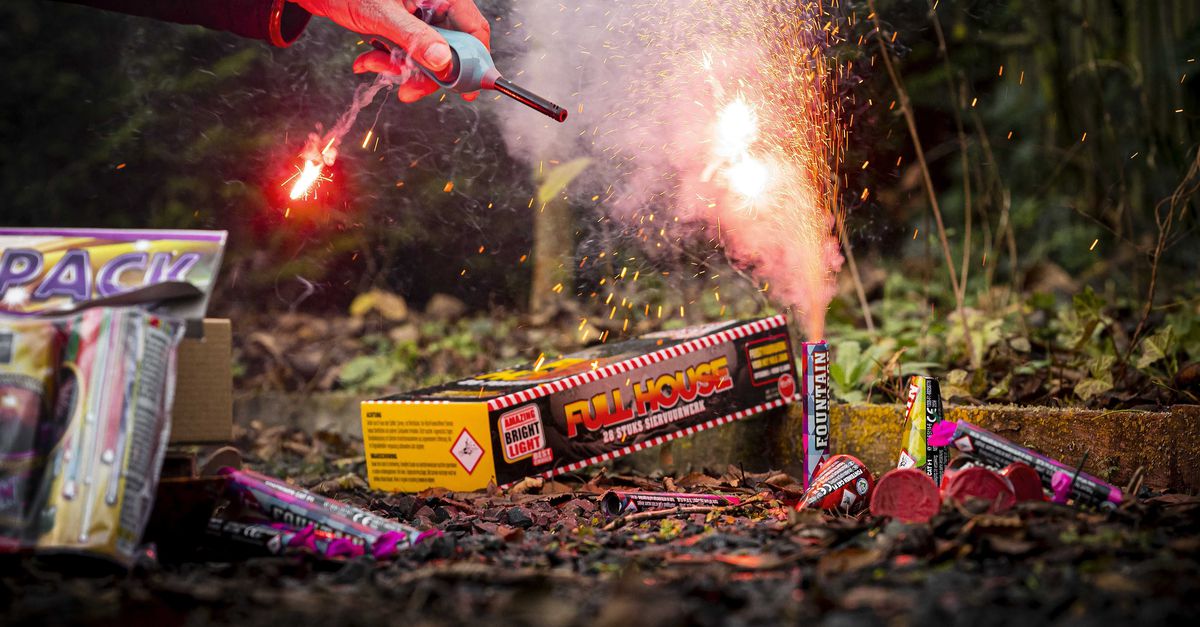 On the New Year’s Eve that ushered in 2020, two teenagers put a ground spinning top in the seat of a sofa. The top shot colorful sparks for six seconds and seemed to go out. But after half a minute, flames became visible and not much later the entire couch, dumped in the hall of a flat in Arnhem, was on fire. The boys had already disappeared when flames crept up the walls, cutting out the power and eventually killing a father and son trapped in the elevator from the smoke.

Also read this news item about the flat fire of that New Year’s night: Once in the elevator, the Arnhem family couldn’t go anywhere

Sometimes you have an incident that magnifies a dormant sentiment in society. A ‘tipping point’Peter Kanne calls it. As a researcher at I&O Research, he has been measuring the support for fireworks among the population for years and after the turbulent 2019/2020 New Year, with relatively many fireworks victims and violent incidents against emergency services and the much-discussed apartment fire, he saw a clear nod. Before the turn of the year, 48 percent of the respondents still agreed with a general fireworks ban, in January this had increased to 65 percent. And that share remained virtually the same when he repeated the same measurement later that year, and also in 2021.

The apartment fire may have been the “tipping point”, Kanne thinks. Because after that New Year’s night, there was suddenly sufficient support in The Hague’s politics for a partial fireworks ban and afterwards, to relieve care in corona time, for a total ban – except for asterisks and tolls. “You see such political dynamics more often,” says Kanne. “You have an incident, leaders shout ‘this can’t go on any longer’, that realization gets through to the population and then the middle groups also start shifting into politics.”

This is how new standards are created. For Zwarte Piet, the climate, sex offenders. And also for fireworks?

The ban is temporary, the cabinet emphasized last month. Because it realizes “fully” that the measure “leads to disappointment among fireworks enthusiasts.” Just like last year, the ban is necessary “to relieve the burden on hospitals” and because in view of corona, the situation around the turn of the year is “uncertain”.

And at the same time, the ministers will not have forgotten the previous New Year’s Eve. Then it turned out that with a total ban, the number of firework victims has fallen by 70 percent compared to previous years. The number of violent incidents also fell by a quarter, the measured particulate matter by two thirds. Firecrackers were still being set off, so illegally, including heavy fireworks from China and Italy. But tolerance for the bangs declined, as measured by the 43 percent increase in “fireworks nuisance” reports.

The question is whether the coming turn of the year will be just as ‘calm’. Again there is a lockdown and a ban and there are no fireworks shows, no countdowns and no bonfires. “The situation is almost the same as last year,” said a spokesman for the national police force management team. And yet, the police seem less reassured.

This year there was a relatively high level of violence against the police and other aid workers, sometimes with the use of heavy fireworks. By groups of rowdy young people, says the spokesman, “but also by rioters and hooligans who throw it at the police”. It has therefore announced that this year it will mainly enforce violence against aid workers and civilians, and less on compliance with the fireworks ban.

Using heavy fireworks as a weapon against aid workers: that is relatively new, says Hans Boutellier, professor of polarization and resilience at the Free University. He saw the phenomenon of ‘violence against aid workers’ emerge around 2010 and cites the increased distance between government and citizens as the cause. “The process of commodification and bureaucratization in government led to a part of society no longer seeing the authorities as ‘our own’. Aid workers are asked to keep ‘things’ in order, but part of the population says: that’s not ‘my stuff’. They see them as representatives of the government, the elite.”

The turn of the year can therefore be a momentum for certain groups to turn against the same government. This can be done through violence against aid workers, but also, less seriously, by ignoring the ban. Setting off heavy fireworks as a provocation, as ‘silent’ resistance against the government, to show your dissatisfaction.

And thus, says Boutellier, the entire fireworks discussion runs along the dividing lines in society that are becoming increasingly clear in many areas, from Zwarte Piet to compulsory vaccination. One group adheres to the rules, the other does not care. “Fireworks as a vehicle in a polarizing climate.”

Peter Kanne also sees this reflected in his support survey. Voters of some parties persist in the idea that fireworks should be allowed: especially the supporters of Forum for Democracy, but also almost half of the PVV, ChristenUnie, SGP and JA21 voters. The middle groups, CDA and VVD, are increasingly moving to the left, which has been in favor of a ban for some time. “Only, those middle groups have become smaller and smaller in the past fifteen years: from 60 to 30 percent.” And so the flanks get bigger – what you might call polarization. “It is precisely on these kinds of topics that the electorate selects itself.”

The question is what will happen in the coming years. Will the fireworks ever go up in the sky as fast as before corona?

“A standard can change quickly,” says Boutellier. “Think of burning wood, a bicycle helmet for cyclists. And even if the new morality is initially temporary, it can quickly become permanent through experiences of success. Then the sentiment is anchored more deeply in society and a ‘step back’ is seen as illogical.” After that, he says, the question is how it goes with the group that continues to do so. “Will it tack or harden?” Moreover, and that is different from Zwarte Piet, economic interests play a role in the fireworks. Depending on the lobby, these can inhibit normalization.

Peter Kanne sees in his studies that people often take a strong position immediately after an incident, for or against. “People are reacting to what is happening. And then they come closer to each other later on, then the sentiment stabilizes.” In his last measurement, for example, he saw that the support for a ban on flares is declining again. “A small thing, but still. In it I taste: ‘Well, a little fireworks is allowed. As long as it doesn’t get out of hand.”

Also read this article: How do other countries deal with fireworks?

In these photos from Afghanistan, Belarus and IJmuiden you can see what resistance looked like in 2021

After the departure of ‘Cabecita’ Rodriguez, Santi Giménez will take a more leading role in Cruz Azul

Iran’s militias and Iraq’s attacks… Has the most difficult scenario begun?