Máximo Torero (FAO): “We have lost a decade in the fight against extreme poverty” 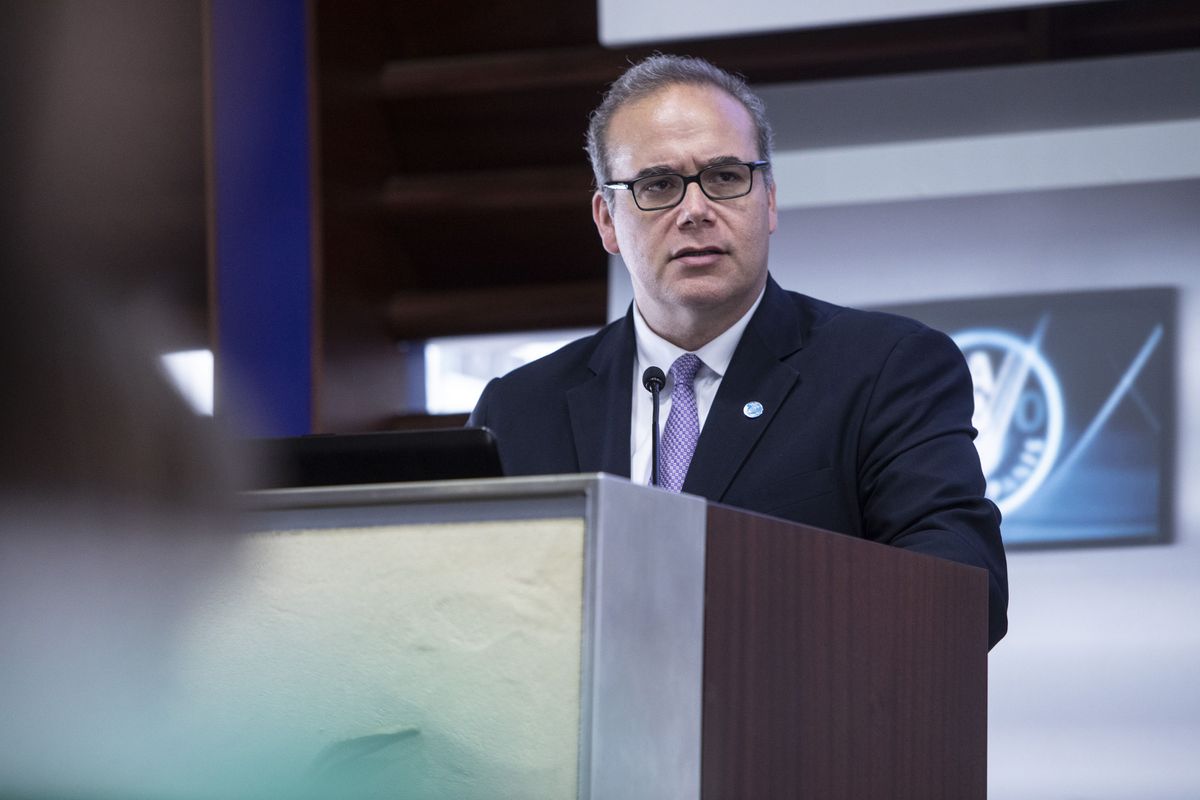 Máximo Torero (Lima, Peru, 1967) is, since January 2019, chief economist of the Food and Agriculture Organization (FAO) of the United Nations. He previously worked at the World Bank. And the biggest pandemic in 100 years did not exist. Not even the videoconference would sneak into his Roman office (where the agency’s headquarters are located). Although the words come, without traffic jams, to memory and dialogue. “How do you reduce inequality? With infrastructures ”, he defends. But, on the contrary, everything increases under the health crisis: inequity, poverty rates, the risk of war due to water, malnutrition, while rich countries hoard food for their granaries of selfishness.

Answer.We now have 690 million people with chronic malnutrition problems. Covid-19 is going to increase this figure by 132 million more. We are talking about the lives of 822 million human beings. All the indicators are getting worse. This is aggravated by quarantine, many traditional vaccines (apart from those of the coronavirus) are not being able to be injected in developing countries, thereby increasing their health risk.

P.We see queues waiting for food in Madrid neighborhoods such as Vallecas or Aluche, something that brings to mind the postwar years in Spain.

R.In extreme poverty, worldwide, we have increased between 88 and 115 million people. We have lost more than a decade in the fight for its reduction. He talks to me about Europe. But here people have unemployment insurance and can receive income to buy food. Now move the extrapolation to Africa or Latin America, where their economies are informal and that social safety net is lacking. We are living in a recession and the poorest are the hardest hit, and the pandemic will increase inequity.

R.From FAO we ask Europe to prioritize investments in issues that can give a good return and solve problems in the medium term. If your country or region does not have agriculture digitized, use the money for that purpose. Do not waste it on subsidies or transfers that will disappear very quickly and you do not know who to give them to. In addition, we go through another issue that is never repaired: the people who are suffering now are not, necessarily, the ones who always suffered. There are sectors more affected than others. Before covid-19, some 3 billion people in the world lacked access to a healthy diet.

P.We are living in an era of neo-latifundism. China or Russia are buying, or leasing, large tracts of farmland in Africa and Latin America with a view to feeding their people.

R.I’m going to give you data. Between 2018 and 2021, Chinese companies have signed 45 agreements (7 in Africa, 20 in Asia and 18 in Eastern Europe). These acquisitions have been 8 of between 200 and 999 hectares and 37 of 1,000 hectares. In the case of Russia, there have been 33 pacts in Eastern Europe, one ranging from 200 to 999 and 32 for 1,000 hectares. Investing in agriculture is good as long as safety regulations are followed. In other words, the property of the land, forests and water is respected. Investing in land has been around your whole life (it doesn’t matter whether you are China or Russia), the important thing is that countries have the institutional support so that these principles are fulfilled.

P.Undoubtedly. But never have so many mutual funds, and their speculative strategy, been seen in all phases of the food chain.

R.You have to separate. It is one thing to attract resources through funds to produce and another, which is what it refers to, to use those funds where agricultural products are destined to speculate. In the 2007-2009 crisis, by my calculations, I was not yet at FAO, the presence of excessive price volatility generated speculation so strong that it caused food to rise to a level beyond market fundamentals. It was a period of great volatility. If it is normal and gives liquidity, it is good, but when it is very high it becomes a drama. My proposal, to defend prices, was to set a maximum that could not be exceeded in the futures markets.

P.But now even in the water speculation runs.

R.It is a rare commodity and its price is not in the products that carry it with them. I export agricultural items from areas with water to others without water, and I am not transferring the cost to the product. A clear value is missing and yes, instead, there is a lot of asymmetry. This is happening in California, where they suffer a severe drought. So the futures market is a good option. You know how much water exists and in what areas. What this mechanism does is transfer an optimal price between areas with excess and those that suffer from a shortage. It gives transparency to prices. But we are talking about water, a human right. Therefore, they cannot be totally free markets, they have to be regulated to also respect those rights of man.

P.So, is Frans Timmermans, vice president of the European Commission for the Green Deal, wrong when he assures that “our children will go to war over water”?

R.If we do not design the water strategy more carefully, we can find ourselves in a rather critical situation. Some 3.2 billion people live in agricultural areas with scarcity problems. The situation is very serious. Technology is needed to improve efficiency and appropriate policies with the right incentives. Because the lack of water in areas where there are already conflicts will be a very serious risk.

R.It is something we have to avoid. If we restrict trade, we will create a food crisis when there is no reason. We have to make an effort with transparent information to avoid it. If we put barriers to food exports in three or four key countries, we can, as I was saying, provoke a crisis where it shouldn’t exist.

P.And what do we do with multinationals like the former Monsanto, now owned by Bayer, which used genetic engineering on seeds and herbicides?

R.We are polarizing the field and it is a mistake. There are nations where agroecology may be the best option and others where it is biotechnology. We have to see what science teaches us. Analyze the country’s needs, the types of soils, the urgencies they have, or if the desirable solution is to combine both responses. Another aspect, and a very important one, is that of institutions. When there are companies so big and with so much power that governments cannot enforce the regulation. This is a big problem and it is essential to avoid it through strong organisms.

P.In the darkest days of the pandemic, it has been the seasonal workers, the immigrants, who have harvested the crops of the rich world. How much do we owe them?

R.It is unacceptable for a country to have a double standard between the immigrant and the local. The job must be of the same quality because, if not, you are increasing inequality. And in countries that can only survive with an informal economy, it is essential to support the most affected people. It is urgent to increase resilience. This helps to minimize risks through early warning systems and increase the ability to deal with hazards when they occur; and that is why it is important to target the most vulnerable.