Máximo Kirchner accused the opposition of being crazy, mean and cruel 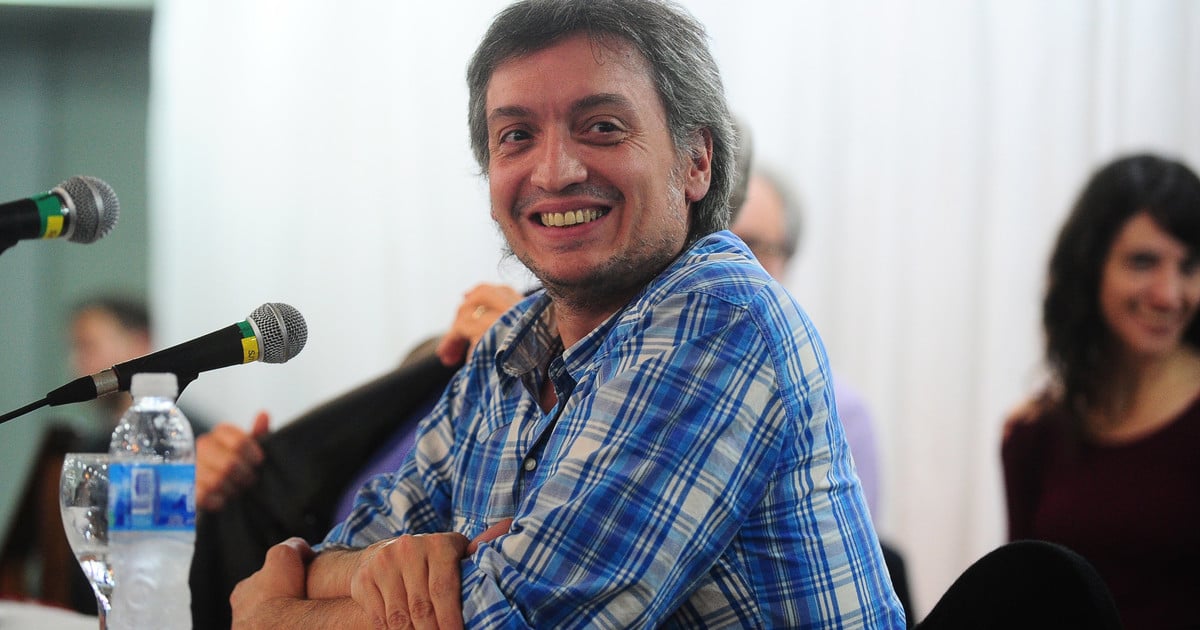 After Juntos por el Cambio manifested itself against the restrictive measures imposed by the Alberto Fernández Government, the head of the block of deputies of the Frente de Todos, Máximo Kirchner, pointed this Thursday against the opposition leaders and described them as “cruel”, while ensuring that they offer “madness” and “meanness”.

“They always want us to believe that it is useless, that the only ones who can do it are them. Pettiness that has been seen in the recent statement of Together for Change is not surprising. That’s how they ruled and that’s how they are as opposition. The leaders of the opposition they could visit the intensive therapies so as not to be so cruel”, Affirmed the son of Cristina Kirchner.

And he added: “The latest statement from Together for Change has exposed what its leadership thinks. It seeks to frustrate the hope of Argentines and Argentines. Part of the political training has to do with the self-esteem of our people, our society and our town”.

The statements of the official legislator were given during the virtual act that he led to present the 2021 School of Government of the Peronist National Front. He was accompanied by the mayor of Lomas de Zamora, Martín Insaurralde; the Buenos Aires provincial deputy and founder of that area, Julio Pereyra, and the director of the educational establishment, Carlos Urquiaga.

On the other hand, Kirchner argued that the ruling party suffers from media persecution: “The media demands from Alberto what they never demanded from former President Mauricio Macri and it shows a lot.”

Máximo Kirchner, at the end of February, after a meeting with Axel Kicillof in La Plata.

“The government is facing constant media harassment. Any measure is attacked. Those who defended one thing a few days ago, the same person says the opposite. There is no cohesion, you just want to grind and do damage. Unfortunately, they have not processed in a good way the electoral defeat of 2019. And it’s a shame for everyone, ”he added.

Finally, he attacked: “You have to bring sanity where the opposition offers insanity. You have to be firm, be whole, and understand that when society chooses its leaders, it chooses them to make the decisions they have to make, whatever the media say ”.

The JxC statement regarding the new restrictive measures also triggered the reaction of Alberto Fernández, who did not hesitate to call “morons” and “wretched” to the referents of the opposition.

“You have to be a deep jerk or a very bad person to say that I do this to avoid STEP “, said, indignant, the President in dialogue with Radio With You, and added: “Do you think that I want to be in a country where the economy falls, poverty grows and jobs are lacking?oh that being very miserable to induce people to believe those things“.

“I read the statement. It was shocking, they opposed it because yes. I take off my president’s suit, I dress as a human being, and it is not pleasant to see infected children, who pass the beer bottle transmitting the virus. parents and grandparents, “he added.

Alberto Fernández and a postcard of an atypical advertisement.

For her part, Cristina Kirchner also had a strong cross with opposition officials. In this case, the context was the closing of the special session, in which the Upper House approved this Thursday the official projects to modify the income tax floor and the scales of the Monotax Regime.

Is that, the head of the ruling bloc, José Mayans, was in charge of giving the closing speech and the JxC senators interpreted that the time allowed had been exceeded, so they began to make gestures to him and break the silence.

“I ask you, Naidenoff, to discipline your block because, the truth is, we listen carefully to you, whatever you say and whatever you do. You behave like barrabravasWhy do they do those things? Very rude, horrible“said the vice president.

Last chance to save the USSR named

Christopher Uckermann was censored from Rebelde concert by Televisa