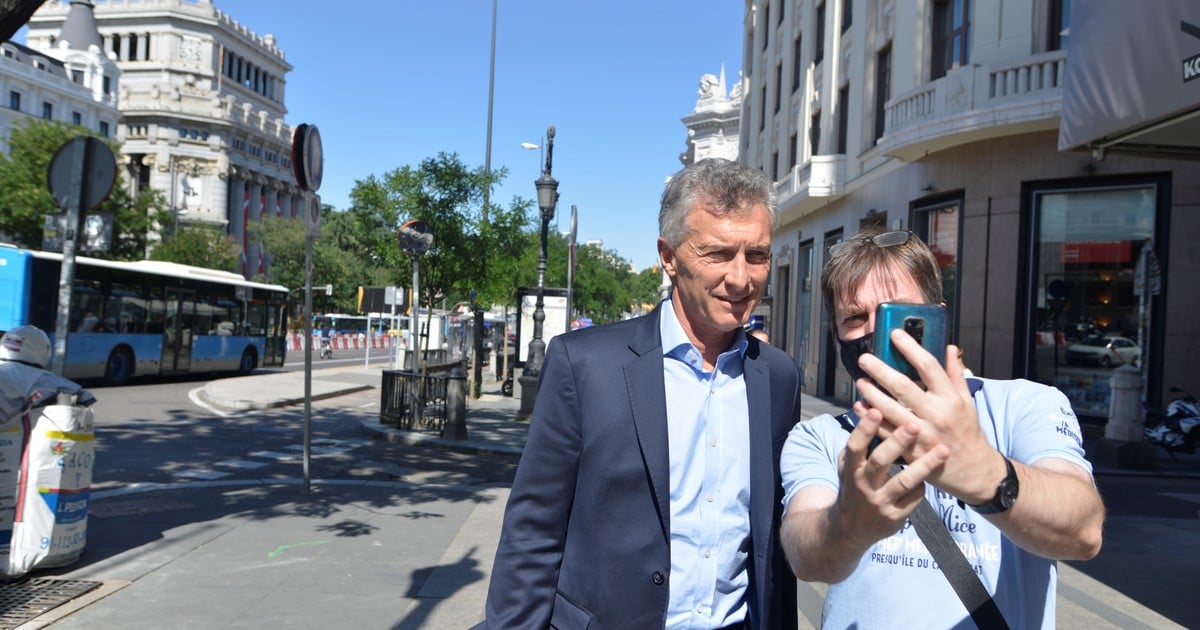 The restrictions imposed by the Government to stop the entry of the Delta variant of coronavirus, and which affect thousands of Argentines abroad, complicated the return to the country of the former president Mauricio Macri.

The former president I had to return on an Iberia plane this Wednesday, but the flight was canceled and Macri was stranded in Zurich, Switzerland. There he had gone as head of the FIFA Foundation and is together with his wife, Juliana Awada.

As he put to know Clarion, the next flight of the Spanish airline to Argentina will be this Sunday, July 18, although they have already warned him and the rest of the stranded Argentines that all the seats are occupied and that there is no more room.

Thus, Macri enters the waiting list to return to Argentina after his tour of Spain, where he participated in the closing of the summer courses of the European People’s Party (PPE) and presented his book First time.

Mauricio Macri, at the closing of the conference ‘Spain, Europe and freedom’, of the Summer Courses of the Complutense University of Madrid. Photo: DPA

Macri is one of the many Argentines stranded by the restrictions set by the Government to stop the entry of the Delta variant. The Casa Rosada had arranged since the weekend that the quota of 600 qualified passengers rises slowly and gradually. Until July 16, only an average of 740 passengers per day will be admitted, to complete a total of 5,200 seats during the week.

In the last hours, the former head of state remained in the center of the scene after the Government denounced him for the alleged shipment to Bolivia of ammunition and riot gear for the repression of protests in that country in November 2019, after the departure of Evo Morales from power.

“This conduct may mean criminal conduct carried out in Argentina and that is why Martín Soria, Minister Sabrina Frederic and Mercedes Marcó del Pont filed a complaint for an investigation into what happened,” Alberto Fernández said in radio statements.

From Spain, the former president denied such accusations and asked that they “stop lying.”.

“I want to flatly deny the veracity of these accusations and, at the same time, repudiate the letter that President Alberto Fernández sent to the Bolivian authorities expressing ‘pain and shame’ about those false facts in which they want to involve me. In a single act Alberto Fernández managed to devalue his word and his signature, “said the former president.