Mauricio Macri spoke of the scandal over the celebrations in Olivos: ‘With the photo, Alberto Fernández hit rock bottom’ 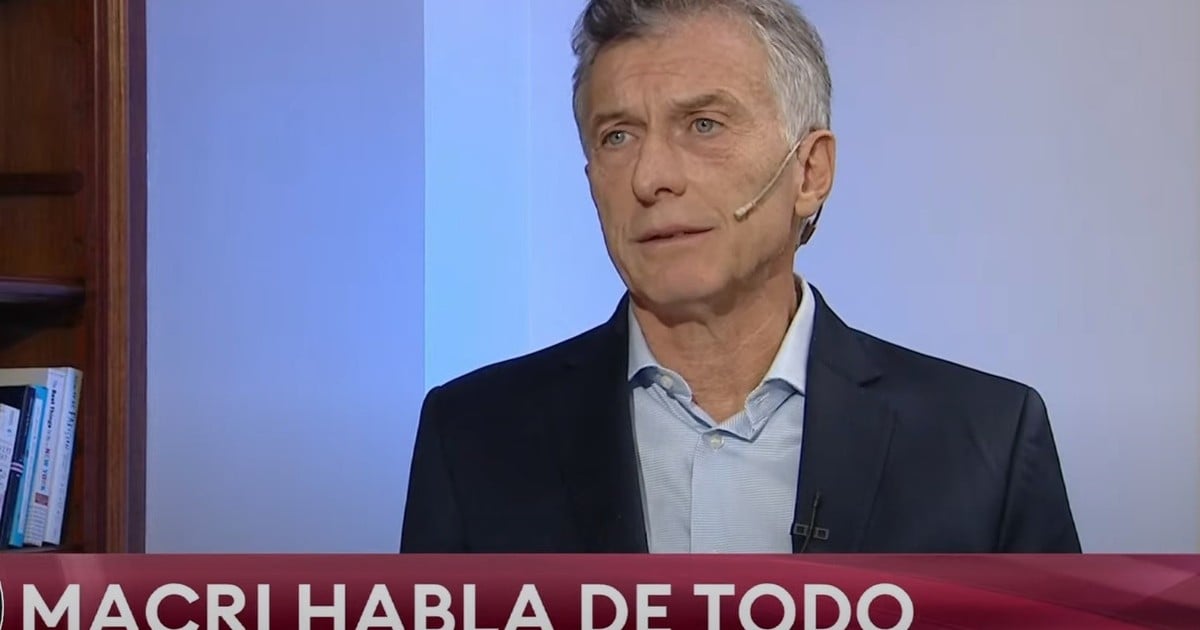 Former President Mauricio Macri reappeared on the public scene and criticized Alberto Fernández for the scandal of Fabiola Yañez’s birthday at Quinta de Olivos, in full strict quarantine for the coronavirus and where they did not respect the care measures, and said that with the appearance of the photo of the prohibited meeting the current president “hit rock bottom”.

Macri joined the images of the “march of the stones”, in which thousands of people placed rocks with the names of those who died from the pandemic on the presidential villa and said that this caused him “a lot of pain”, but also made him reflect about the controversy.

“It is a moment to say goodbye to loved ones but, above all, of a lot of indignation. Indignation that I share with all Argentines because that photo gives us the feeling that we hit rock bottom. Rather, the President hit rock bottom on the value of the presidential word“, he said in dialogue with TN.

He said that the photo that they first denied and for which the president later acknowledged the error, “ended up destroying all moral authority for the President “.

“Consistent with the pain, I was reading the letter from Solange, the little girl who was dying and her father could not get to say goodbye. She said ‘As long as I live I want my rights to be respected‘. I imagine how Pablo, his father, must have been when he saw those photos, “Macri continued.

Then he spoke of the “authoritarian decree“of Fernández, in which” we all had to lock ourselves up. “ there was no dialogue, there was no listening. We kept telling him that there had to be a balance between health prevention and people’s lives, freedoms, “he continued.

“There must have been thousands and thousands of cases of people who died alone. Not to mention the enormous concern of the millions of children who have not had regular classes for a year and a half, and who even today still have problems to resume their education, “he analyzed.

In his view, all decisions during that period “were made arbitrarily, without listening.”

For Macri, this is “irreparable damage“and recalled that first Alberto Fernández denied social gatherings in Olivos and that when the first photo came out they said it was a lie.” When the second photo appears, where the Olivos dining room appears where I ate with my family or people who received, there was no choice. Even so, he was not heard saying sorry, he couldn’t say sorry, “he analyzed.

His relationship with Alberto Fernández

Macri said that in the transition from one government to another he encountered “contradictions”, of messages that he spoke privately with his successor and that later he “publicly denied”: “I had no great illusions“, Shooting.

He clarified that he never believed “that someone could be president because the vice president puts it“And that is why the process has already started badly.

“We started in a situation that was not going to work, and also there was no background changeThey cannot say sorry, they cannot make a self-criticism. They repeat the same mistakes, we are seeing the same movie for the second time, “he said.

In this sense, he said that due to his management he assumes “all the mistakes”, but that in his view “Argentina had a course, had an idea” and that today “we have turned everything back”.

“A president who said he does not believe in merit, that is why we have achieved the worst exodus in the history of this country. Eight out of ten young people in all the polls say they want to leave the country. It never happened before, this country, Because of this government, it has become a country that expels young people, companies and those who want to invest, “he continued.

Then he said that during his government they were “far from expectations”, but that he reiterated that “in 2015 and 2019 Argentina had a course.” “There was another culture of power. This type of abuse, of believing oneself a caste, of why they choose you, you can do whatever comes to mind …”, he continued.

He recalled the VIP vaccination and ironic that Kirchnerism “seemed barbaric” that Zannini says that he is medical personnel and he and his wife are vaccinated. “They continue to defend that they did the right thing,” he estimated.

Friends, Tommaso Stanzani explains: “That’s why I took the maturity!”