Mauricio Macri reappeared in the campaign: photo with María Eugenia Vidal and optimism for the PASO 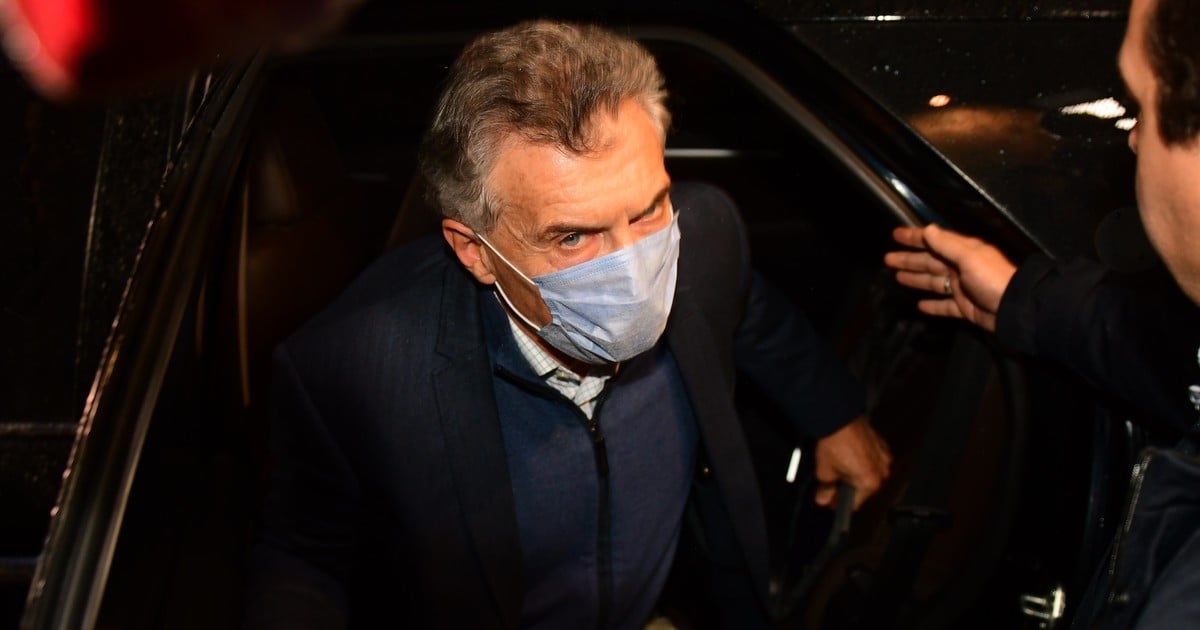 Five minutes had passed after eleven in the morning when Mauricio Macri entered the Fernández Blanco Museum, in the City, to participate in his first campaign activity with María Eugenia Vidal.

With an informal look, smiling and accompanied by a tiny group of his surroundings, among which Fernando de Andreis, the former secretary of the Presidency, stood out. Macri arrived at a meeting that had been spread dropwise since Thursday, which was even scheduled in the first place to take place in the Svori Museum in Palermo, but finally It took place at the Fernández Blanco Museum, in the lower area of ​​Buenos Aires.

Just a couple of statements to the TN channel left Macri on his arrival. He was enthusiastic about accompanying Vidal on the campaign and optimistic for the STEP on September 12. He also said he was not surprised by the criticism of Krichnerism towards him, which has intensified in recent days. “It was always like this, nothing new,” he joked.

The act, and the subsequent photo, were agreed in total secrecy on the part of the three central actors of the PRO: the former president, the former governor and the head of the Buenos Aires government Horacio Rodríguez Larreta, in fact the main reference today of the campaign of space in the city and province of Buenos Aires.

Macri and Vidal met parents who created an association to fight for the return of face-to-face classes in all the country. That was, it is known, one of the main leitmotifs of the Buenos Aires government and of all Together for Change during this year and a half of pandemic. The event was closed to the press present, who followed it from outside the Museum.

After having lunch with Rodríguez Larreta on Thursday, Macri fully reappears within the space less than a month before the elections. He had met with Vidal shortly before the now candidate for deputy for the City made her nomination official. At that time, on a Saturday in late June, Vidal had conveyed his decision not to compete for the Province.

One of the objectives of Macri’s return to different public events in the City has to do with the search to maintain the hard core of the PRO voter in Capital within the ranks of the space, compared to the appearance in the intern of Juntos por el Cambio de Ricardo López Murphy, one of the candidates who will compete in the PASO with Vidal.

On Sunday, the former president will continue with his electoral journey, accompanying Diego Santilli in an activity in Tres de Febrero, a municipality governed by a PRO mayor, Diego Valenzuela. It is a key district within the first electoral section, where the macrismo has had good performances in the last elections.