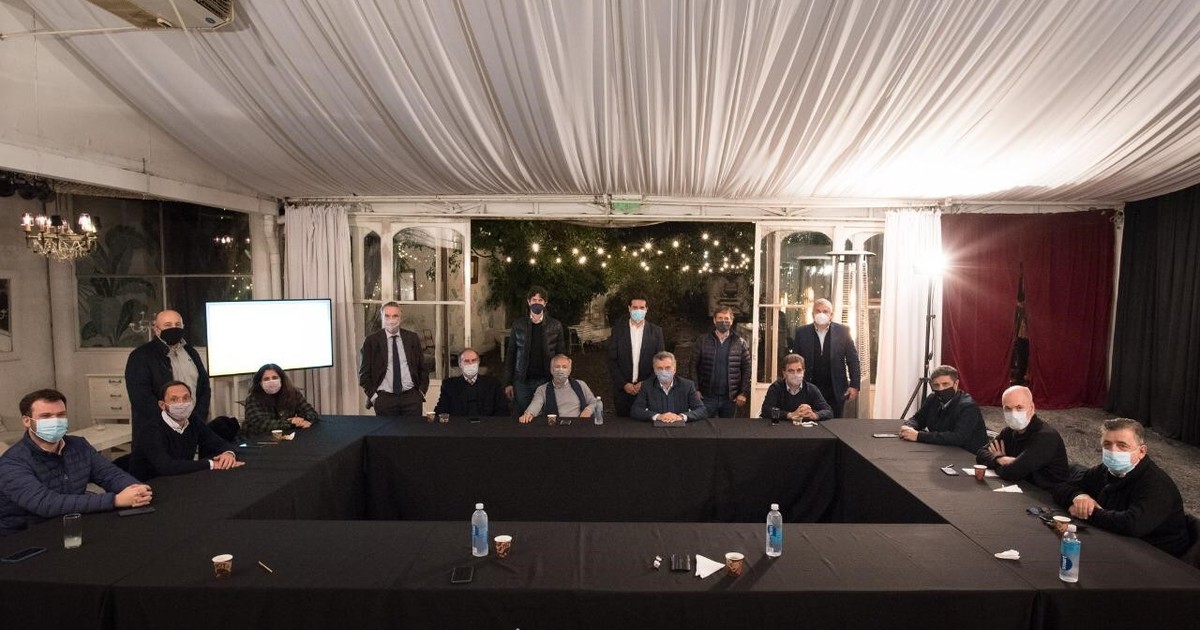 In a room in Palermo, Mauricio Macri and Horacio Rodríguez Larreta met again in the middle of the dispute over leadership and movement chess for impose candidacies. It was at a meeting of the national board of Together for Change, in which the coalition leaders They sought to bring positions closer to the convoluted stage in the previous to the electoral definitions.

In one of the confirmed certainties, there will be no name change: attendees agreed to hold Together for Change. In the previous meeting, Rodríguez Larreta had raised the possibility of modifying it as a gesture to promote incorporations of other spaces. Macri rejected the idea, and it was not considered convenient by Gerardo Morales, Alfredo Cornejo -after a consultation with the provincial heads of the UCR- and Miguel Pichetto. As an argument it was imposed that it is an installed brand in most districts.

Faced with the discussions, mainly in the PRO in the City and province of Buenos Aires, the attendees stressed the need to lower tensions. In this appointment they did not advance in the dilemma of the dispute between Macri and Rodríguez Larreta, perhaps it was not the area due to the number of people present. “It is something that the two of them will have to fix”others agreed.

Upon arriving at the salon, before starting, the former president and the head of government they talked for a moment apart from the rest. The meeting passed without crosses. “As Macri said yesterday, I fully agree that the most important thing is deepen the unity of Together for Change. More than ever we have to strengthen the team and be together, ”Rodríguez Larreta tweeted a while after leaving the room.

This time, María Eugenia Vidal did not attend – in isolation for having returned from the United States and with a virtual class at the UBA – and Patricia Bullrich, possible rivals in the Capital. And the radical from Buenos Aires joined Maximiliano Abad, with the fresh impact of the irruption of Facundo Manes, Y Jorge Macri, the main opponent to the nomination of Diego Santilli in the province.

Horacio Rodríguez Larreta, at the meeting of the Together for Change Table. Photo: Marcelo Carroll

The mayor of Vicente López asked that, beyond the general guidelines at the table, the armed groups are defined in each district. The discussion deepened this week, with the dinner of Rodríguez Larreta and Santilli with a group of Buenos Aires mayors of the PRO. The head of the Buenos Aires government is determined that his vice heads the ballot in the province.

With the aim of not allowing dismemberment, the national table also agreed that in the cases in which the leaders decide to go outside of Together for Change there will be party intervention in that district. “They go alone, the PRO, the UCR or the Civic Coalition stay,” they indicated, in the face of threats of ruptures at this stage of negotiations.

Another debate, around to the necessary floor in the STEP to access the lists in the general, will be defined by each district. Some are in favor of setting it low (10% in Buenos Aires) to add spaces, others oppose and promote a percentage close to plus 25% to prioritize places for current members. Conversations about possible agreements include from Ricardo Lopez Murphy in the City to Jose Luis Espert Y Margaret Stolbizer in the province.

Mauricio Macri, leaving the meeting of the Together for Change Table. Photo: Marcelo Carroll

The meeting – also participated the heads of parliamentary blocs Mario Negri, Luis Naidenoff, Cristian Ritondo, Humberto Schiavoni, Juan López and Maricel Etchecoin, among others- I was traversed by a climate of tension that had increased in recent days.

On the return of Vidal from the United States, Rodríguez Larreta ratified his decision to impose Santilli in Buenos Aires and advanced with the meeting with the mayors in Lanús. The next day, Macri demanded that he order the intern and entrusted him with the responsibility of seeking consensus lists. The radicals had taken on greater relevance from the eventual candidacy of Manes -some also fired that of Martín Lousteau in the City- and Elisa Carrió he also shook the board by complaining about the “Destrato” from PRO to radicalism and the Civic Coalition.

To face the decisive weeks in the definition of the lists, They agreed to set up another table with the party presidents and some more members to try to reach a consensus on the electoral assembly throughout the country, with unit lists or with powers in the PASO with the least possible degree of aggression.