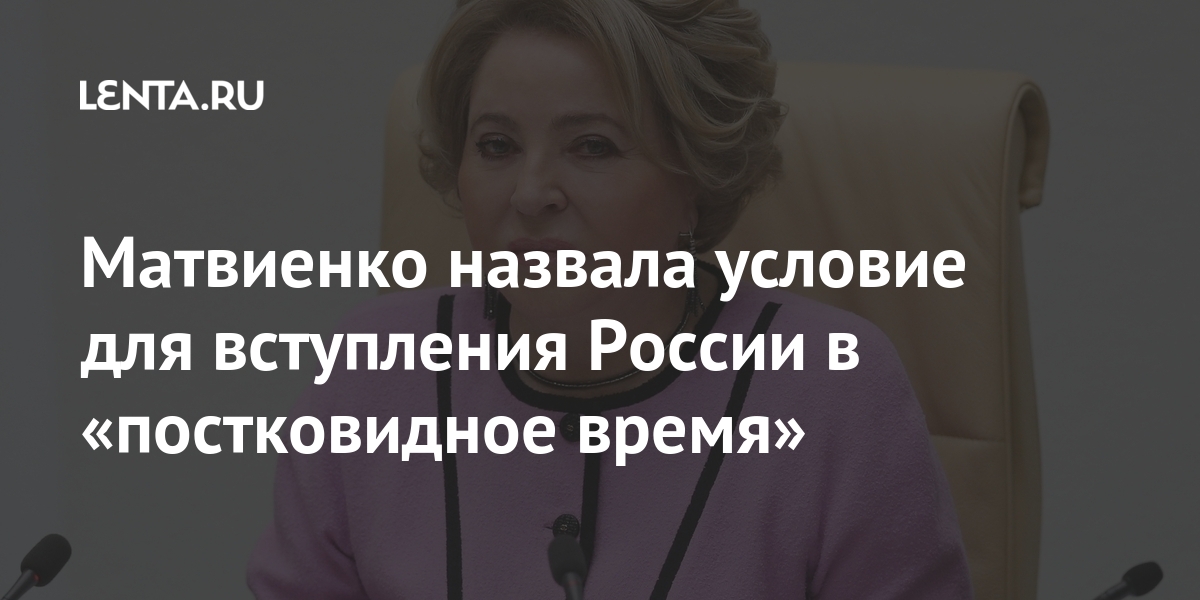 Federation Council Speaker Valentina Matvienko called the condition for Russia’s entry into the “post-period”. She wrote about this in her column in the Parliamentary Gazette.

According to her, there is every reason to believe that Russia will be able to get rid of most of the restrictions faster than many states. The Federation Council speaker expressed confidence that Russia will also be able to enter the “post-like time” earlier than others. This will happen when developing herd immunity in the case of a responsible approach to vaccination in all regions of the country, the senator summed up.

Matvienko said that Russia is already among the top ten countries in terms of the number of vaccinations received and will only strengthen its position in this rating. At the same time, she noted the dynamics of growth in the number of those who want to be vaccinated against coronavirus, both in the capital and in the regions.

In addition, the speaker said that the pandemic is perhaps the most serious challenge for humanity since the Second World War. In her opinion, although it is already obvious that there will be no Apocalypse and the infection will be defeated, this is not a reason for reassurance. Matvienko warned that viral threats could become a new global challenge, like climate change or environmental pollution.

Earlier, the head of Rospotrebnadzor Anna Popova said that the third wave of coronavirus in Russia can be avoided if you follow the rules of prevention. According to Popova, Russians need to be “sensitive” to the rules of protection against infection.

Shingeki no Kyojin and the unexpected 'sequel' of Eichiro Oda | EarthGamer

In the video … a driver runs over a pedestrian and runs away!