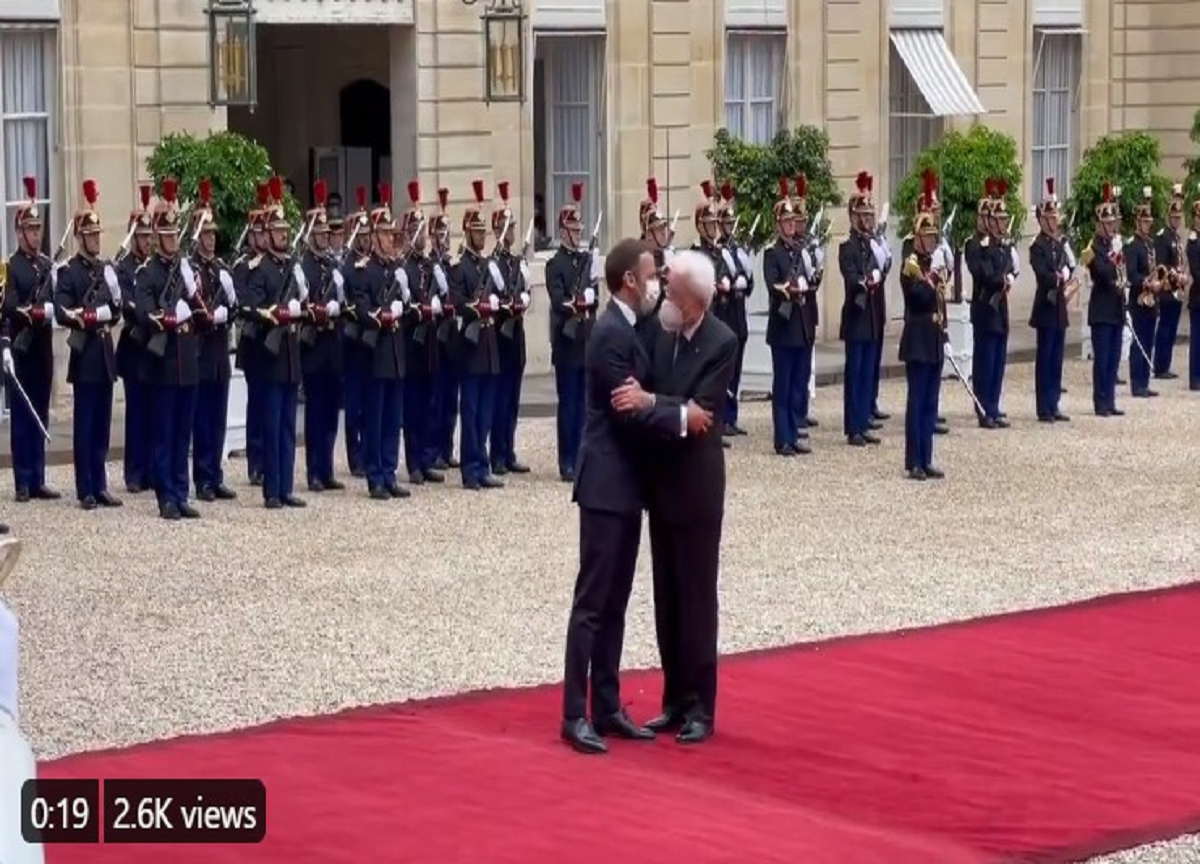 “Guarantor of friendship” between Italy is France. In these terms, the French press welcomed the president Sergio Mattarella in the land beyond the Alps. A three-day visit that renews the friendship between the two states, also giving the definitive impetus to the new post-pandemic Europe.

Le Figaro attributed “particular importance” to the visit: 2021 “will be the year of Franco-Italian convergence and will have to be concluded with the signing of a treaty of enhanced cooperation” in the last months of Mattarella’s presidency and on the eve of the French elections.

Today is the highlight. Mattarella will be greeted at the Hotel des Invalides by a welcome ceremony that includes military honors, an Italian flag along the route to the Elysée and an official escort of 120 French cuirassiers on motorcycles and on horseback. Waiting for him at the Macron presidential palace, which has started the last year of his presidency and is running for a reconfirmation in April 2022.

At the center of the discussion is the strengthening of cooperation between Italy and France, both bilaterally and as a solid basis for the new hoped-for path of the Union that starts from the new course inaugurated with the approval of the Next Generation EU and continues on the basis of a increasingly supportive cooperation in the various challenges that the EU must face, taking advantage of the US administration’s return to multilateralism.

“It is my first trip abroad after the pandemic and I am delighted that it is a visit to France because our countries share a bond that I too have repeatedly defined as unique, which is based on shared values, history in common, common visions, on mutually fundamental economic systems, on two companies that are in constant dialogue with each other in every sphere and circumstance “. These are the words of Sergio Mattarella at the end of the interview with Emmanuel Macron. The Head of State underlined “a bond that adds to political ties: we are founders of the EU and NATO, but the bond between our companies is the basis of everything. It is an essential partnership at bilateral, European and international level “.

Macron: “On Libya we have converging views and common concerns. We carry on a work without respite, with joint visits by our ministers to the country “.

In the afternoon the president will be at the Université La Sorbonne, where he will deliver a speech in front of the students of the university, entitled ‘France, Italy, Europe. Our future’. The evening will close with the usual state lunch offered by Macron at the Elysée.