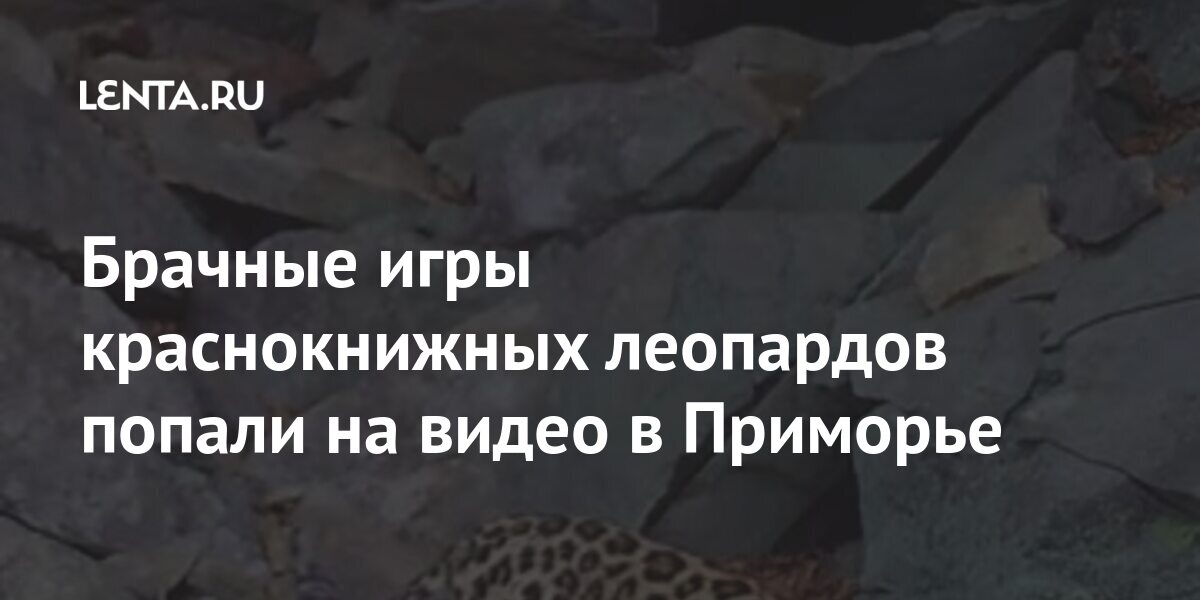 The mating games of the “royal couple” of Far Eastern leopards were caught on video in the Kedrovaya Pad nature reserve in Primorye. The recording from the camera trap was posted on Youtube-channel FSBI “Land of the Leopard”, which manages the reserve.

The National Park noted that the cameras captured the “meeting” of the Red Book Far Eastern leopards Typhoon and Beri near the cave.

“Two spotted predators are clearly not indifferent to each other and are in a hurry to hide from sight. First, Bary is removed from the frame, and then her beau follows. Both leopards are old-timers and are already known to the general public, ”explained the Land of the Leopard staff.

Scientists have repeatedly recorded meetings of the couple, after one of them, Bary had kittens. According to them, mating games are the main reason why adult male and female leopards can be together.

Earlier in April, in the eyes of tourists in the South African National Park Pilanesberg, wildebeests escaped from the leopard and became the prey of lions. Eyewitness footage was posted on the Kruger Sightings YouTube channel. The predator crept up to a herd of artiodactyls and rushed after them. The wildebeests ran away and did not notice that they were running towards a flock of lions approaching from the other side.

Chelsea get closer to Varane

“City” hits St. Germain with a “double” and approaches the “Champions” final