Mathematical optimization Research: a crowd can panic even if every individual in the crowd acts rationally 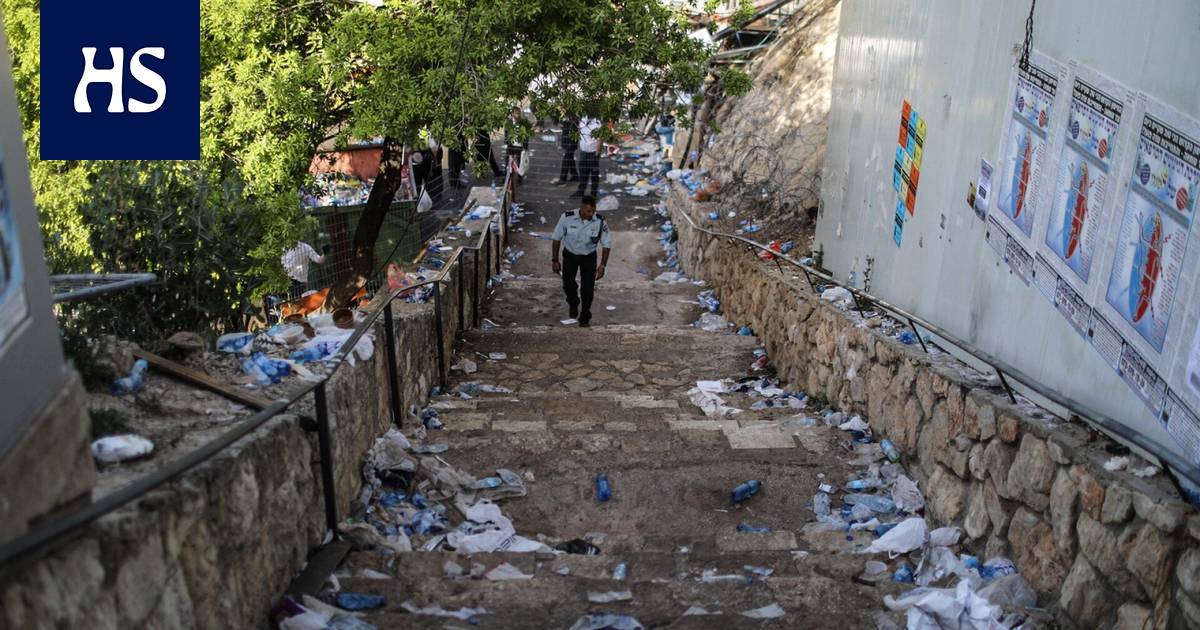 In cramped places, crowd panic can lead to catastrophic situations and deaths. At Aalto University, chaos was modeled.

Israel the first large public event after the corona, the religious celebration of the Lag BaOmer rabbi Shimon bar Yochain in the grave ended in disaster in April.

As thousands of people descended a narrow path from Mount Meron, part of the front slipped and fell. Knowledge did not progress for those who followed, the crowd pushed forward and trampled the fallen to their feet. In the chaos, 45 people died and 150 were injured.

Meronin the disaster was the worst accident Israel has ever had. However, it was not the only one in the world.

In recent years the worst disaster for the crowd took place in Mecca, Saudi Arabia in 2015, when two large groups of pilgrims arrived at the intersection leading to the bridge at the same time. According to official records, 717 pilgrims died in chaos, but unofficial estimates put the figure at more than 2,000.

“When considering panic arises in the crowd, both physics and social psychology are needed. Neither is enough on its own to explain the situation, ”says those who debated the topic in June Anton von Schantz From Aalto University.

The approach is new. The classic of crowd dynamics is a professor at the EHT University of Zurich Dirk Helbingin numerical simulation model for crowd modeling.

The model published by Helbing at the turn of the millennium is widely used and correctly describes many phenomena. In the model, however, the individuals are similar and have no individual will.

In the model, the crowd squeezing through the door resembles an hourglass packing sand in a narrow spot. Everyone rushes out as if pulled by gravity. It increases the pressure on the doorway and slows the exit. Helbing’s model simplifies too much, von Schantz says.

“People are not grains of sand, but active actors. I was interested in how people’s own behavior affected the situation. ”

On the other hand the use of people in panics has been considered in the past. In his classic Set and power from 1960 Nobel writer Elias Canetti photographed panic in a theater where a fire breaks out.

“The more fiercely a person fights for his life, the more obvious it becomes that he fights against others who isolate him from all sides. They surround him just like chairs, handrails, locked doors, but with the difference that they strike back. They force him back and forth as they please, or actually where they themselves are crammed … ”

Canetti’s description of the dynamics of a panicked crowd is still relevant, says Aalto University Professor Emeritus of Systems Analysis Harri Ehtamo. He led before retiring Crowd Dynamics and evacuation research research group At the Helsinki University of Technology and Aalto.

During the 21st century, crowd research has been promoted both in Finland and around the world. For example, Ehtamo’s group members have ended up studying the movement of people in elevators and future buildings. Ehtamo has supervised five dissertations on the subject, including von Schantzin claim is the latest.

Schantz combined the behavior described by Canett and the physical reality described by Helbing with a simple theory of evolutionary game theory.

“We took the premise is that every individual can behave in two ways at any given time: either patiently or impatiently. This behavior varies rationally depending on how close to the individual are acting and which individual the individual thinks will facilitate their own exit. ”

No one in the model behaves senselessly but on the contrary maximizes their advantage. At the same time, the crowd is guided by the boundary conditions of the environment, such as the shape of the space and the walls restricting the passage.

Thus, the model simulates the situation described by Canett, in which the reactions of each actor depend on the others. Its results have also been confirmed by empirical experiments in which subjects are placed in cramped situations.

In the model panic led to disaster in a cramped state as those in the back row pushed towards the door more eagerly than those in front of them.

“People in the back row need to push the mass forward. Then, further down in the crowd, vault structures are created in which people are squeezed together so that they cannot move forward, but are squeezed, ”von Schantz describes.

“While every individual acts rationally, the end result is bad for everyone. There is panic in the crowd. ”

There is still no exact model either.

“We assume that every individual would be similar. In reality, there could even be a child among the parents whom the parent would seek to protect. This would then change the dynamics again, ”von Schantz says.

How crowd panic can be avoided? The obvious advice is to plan the facilities used by the troops well. If there are enough exits, fewer bottlenecks will arise.

The number of stewards directing the troops can be increased. Much of the problem of crowding is due to a lack of information. If there are enough guides, the unpredictability of individuals and crowd movements will disappear.

“We’ve found in experiments that people like to follow a person they think knows the route. The guides make it possible to make use of exit routes that would otherwise be used less. ”

In the study, the empirical observation was supported by modeling, in which von Schantz calculated various exit situations in the floor plan of the second floor of the Finlandia building.

“Admittedly, I had to remove a few doors to make the task more difficult. Actually, the exits to Finlandia Hall are pretty well planned. ”

The model was heavy. One exit situation took several days, even from a supercomputer.

In experiments the guides guided the crowd well past the blocked doors. However, there is a compromise involved.

“If there are a limited number of guides, you have to think about whether the most important thing is to get the crowd out as quickly as possible on average or to make sure that the whole crowd leaves as soon as possible. Both goals require slightly different guidance. ”