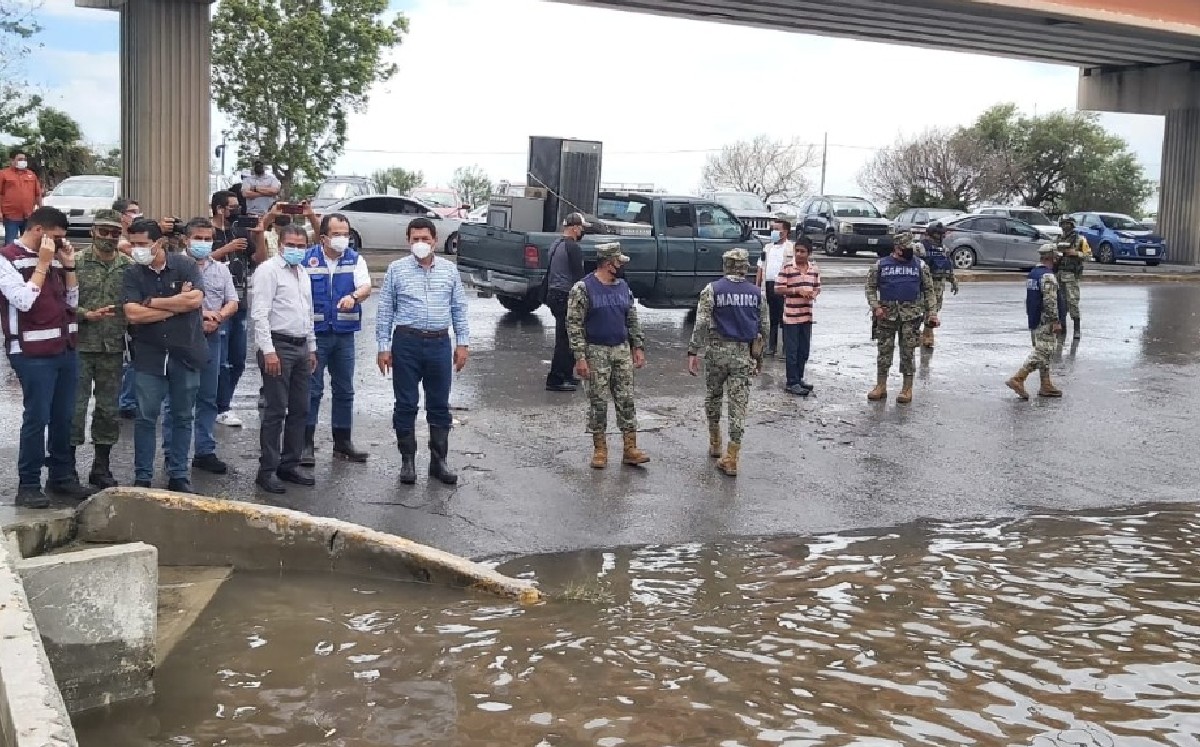 Until the afternoon of this Saturday, some 50 colonies in Matamoros are still flooded after the rains left by Tropical Storm 8 in the border city of Tamaulipas. The mayor, Mario López, indicated that little by little the water levels have been dropping thanks to the operation of the mobile pumps distributed throughout the municipality.

The mayor indicated that with the support of the Sedena when implementing the DN-III-E Plan, the Plan for the Navy and its Marine Plan, as well as the Civil Protection of the state and municipal governments, the contingency in Matamoros is being addressed.

That Saturday afternoon, the mayor made a third monitoring tour of critical points in the city, affected by the rains caused by tropical storm number 8.

In the supervision tour, which included the Los Sauces neighborhood, the Main Drain, Emilio Portes Gil Avenue, Las Vacas Drain, among others, he said that little by little the water levels are falling in some sectors, this, as a result of the operation of the more than 17 mobile pumps distributed throughout the city.

He mentioned that the reports he received indicate that until the afternoon of this Saturday approximately 50 colonies continued with serious flooding problems, in which they will continue working without rest until everything returns to normal.

They will quantify damages

López Hernández stressed that the damage suffered by citizens has not yet been quantified, due to the rains that last Friday caused flooding in more than 230 neighborhoods.

“We need to drain the affected colonies and subsequently carry out field work, colonies by colony to carry out a survey of damages and present them to the state government so that they in turn can carry out the pertinent procedures before the federal government.”

The above added, in order to manage support that could be granted to the hundreds of citizens affected by the rains registered in the early hours of last Friday.

The employees of Public Cleaning, Public Spaces and Public Works continue to work on cleaning storm drains, sewers and drain drains, this, in order to achieve the objective of lowering water levels in all places that still have problems. flood.