MasterChef Celebrity: Mariano Dalla Libera was furious with the jury and on Twitter, they destroyed him 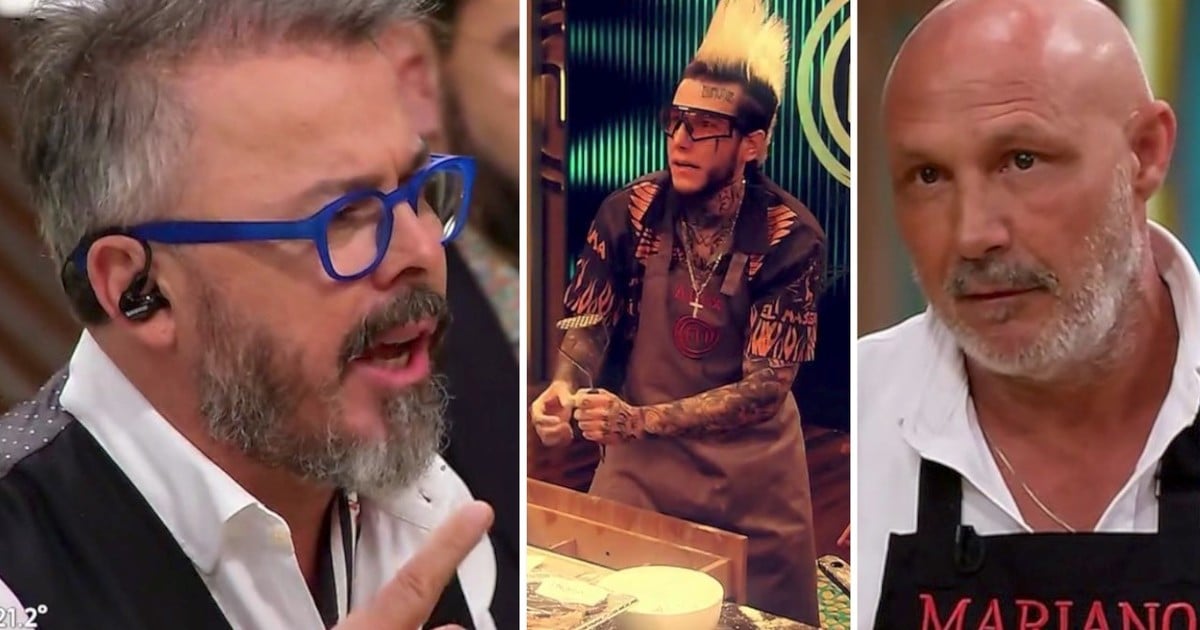 Eight participants eliminated from the reality show hosted by Santiago Del Moro compete to return to the contest. They are: CAE, Juanse, Mariano “El Loco” Dalla Libera, Sol Pérez, Fernando Carlos, Daniel Aráoz and Hernán “El Loco” Montenegro, who had been eliminated at the gala the day before.

From yesterday until Thursday, those who make the best dish every day will go up to the balcony wearing a gray apron. And on Sunday, in a definition gala, it will be known who of the famous eight who play the rematch enters the program again.

When it came time to present his plate to the jury, Mariano “El Loco” Dalla Libera created a scandal.

Furious, the former participant brought to the present an old situation experienced in reality to accuse the jury composed of Damián Betular, Donato De Santis and Germán Martitegui of having a preference for Alex Caniggia.

“The other day I saw that a colleague (Alex Caniggia) took some cornalitos from the oil, he was going to take them out with the potato masher. I said ‘how can I win a gold medal?” Dalla Libera attacked.

“It seems to me that you cannot win two gold medals taking cornalitos or any frying with a potato chip,” he insisted against Alex.

Are you saying that the jury, when tasting a dish, lies and says that something is delicious that is not? “, Santiago Del Moro faced him.

At that point, Donato De Santis had lost his patience and fired: “I kick a penalty with my boots untied, with low socks, with an ingrown toenail or menisci that hurt, I score a goal and win the cup. Does that make me a bad player? The ball went in. And here, too : the rich dish wins. It’s the same “.

Dalla Libera continued with his position and the Italian chef was outraged: “You are questioning our ability as judges!”

Del Moro, then, addressed the participant: “Take charge when you cook badly,” he warned her. “Alex’s problem is his. You, get better next time. Everything else is noise, that’s left out. Anyway, I appreciate you saying it publicly, because it’s honest to say so. here”.

While Mariano Dalla Libera was making a fuss at MasterChef, the reactions on Twitter multiplied. And not exactly in his favor.

In that social network, posts against the attitude of Mariano Dalla Libera abounded. For example, the following:

Lo de Mariano Dalla Libera, a sad sight. Get a second chance, and use it to fight from resentment. I think that in any cheap motivational talk on YouTube it is clear that to highlight the good of one you do not have to reproach the bad of the other.

Resident Evil: Village – Real-life Lady Dimitrescu? Design would have been inspired by this actress | EarthGamer

Twilight is back … And now Edward is officially female? | EarthGamer