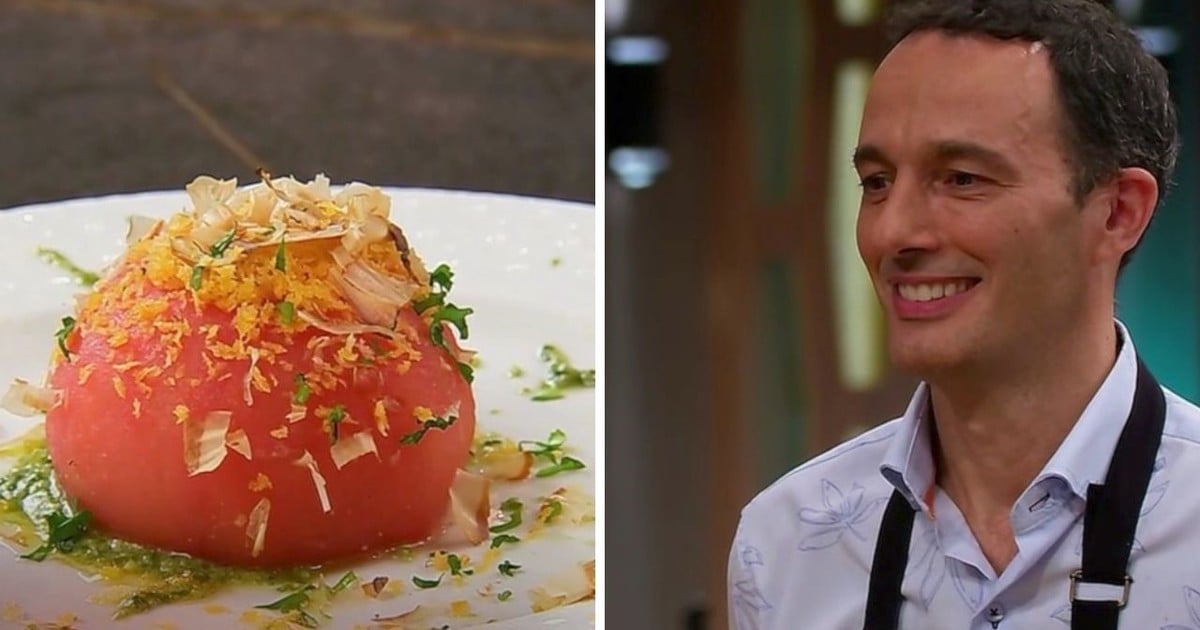 On MasterChef Celebrity (Telefe, Monday to Thursday, at 10:30 p.m.; Sunday, at 10 p.m.), Fernando Carlos did a hilarious imitation of the jury member Damián Betular.

In the reality show that Santiago Del Moro hosts, the week of revenge is taking place. In it, eight participants already eliminated compete to return to the contest.

Whoever makes the best dish every night, goes up to the balcony with a gray apron and at the definition gala on Sunday it will be known who returns to MasterChef. On Monday’s broadcast, Flavia Palmiero managed to climb the much desired balcony.

The jury made up of Damián Betular, Donato De Santis and Germán Martitegui presented them with the following challenge: prepare a dish with tuna, either as the main ingredient or as one of the preparations that make up that dish.

Fernando Carlos had a lucky night from the beginning. Before starting to cook, they played a game of shuffleboard with cans of tuna and he came out the winner. That gave him the benefit of deciding who would cook hot and who would cook cold. Furthermore, he was able to choose one of those options for himself.

Stuffed tomatoes and a hilarious imitation

The dish that Fernando Carlos presented to the three members of the jury was a tomato stuffed with tuna and a series of exotic ingredients.

According to the journalist, since he entered MasterChef he began to study gastronomy with great dedication and goes to Chinatown in search of sophisticated products to incorporate into his recipes and right there he asks to be taught how to use them.

“For me, what you did is like the evolution of the stuffed tomato. I like it. It’s like a Pokemon, this dish is evolution,” said Betular.

At that point, Santi Del Moro commanded Fernando Carlos: “Betular doesn’t know that you imitate him on the radio,” he told him. “Imitate it, imitate it,” he proposed.

At MasterChef, Damián Betular praised Fernando Carlos’s dish and the participant entertained everyone by imitating the chef. Capture TV.

“Well, with all due respect,” agreed Fernando Carlos and asked Betular to change the places to do the imitation. Amused, the chef replied: “No, I’m not going to come down from here. With what it took me to get there …”.

The one who gave him his place was Martitegui. Then, Fernando Carlos left with the imitation of Damián Betular that made everyone burst into laughter.

“The voice is spectacular!”, Martitegui was enthusiastic when listening to the participant speaking like his colleague Betular does.

For women ... taking vitamins may keep Corona away from you