MasterChef Celebrity: Cande Vetrano had a terrible confusion and Germán Martitegui destroyed her 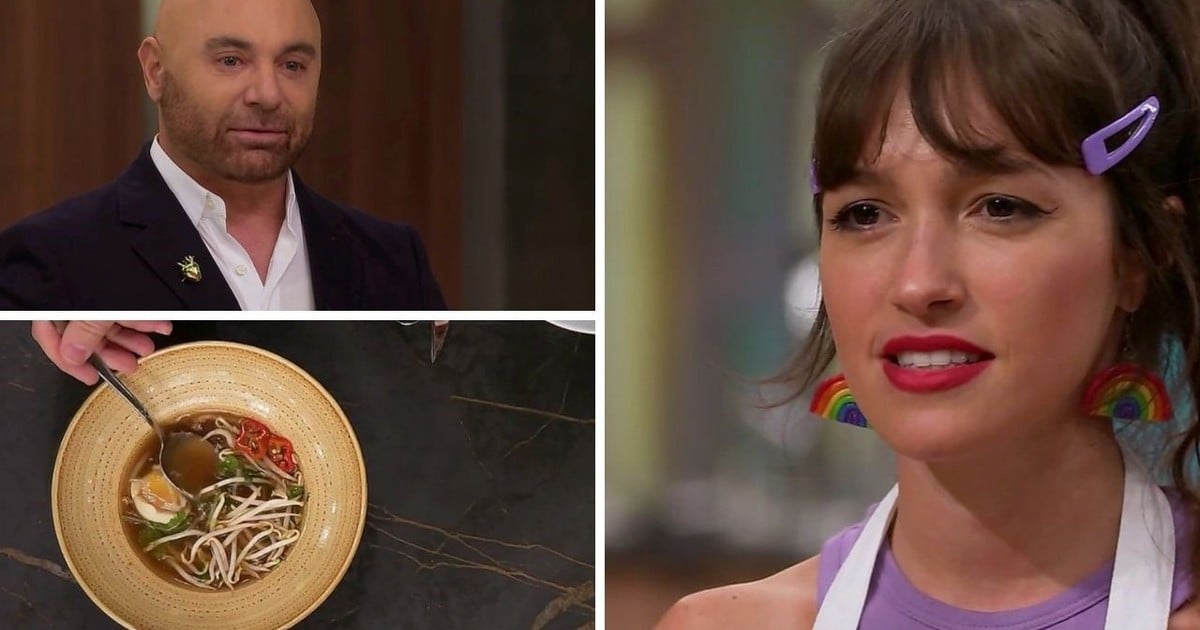 In MasterChef Celebrity (Telefe, Monday to Thursday, at 10:30 p.m.; Sunday, at 10 p.m.), yesterday, Monday, the participants had to cook Chinese dishes.

The celebrities who participated in this first gala of the fourth round of the contest were: Candela Vetrano, Alex Caniggia, Sol Pérez, Hernán “El Loco” Montenegro, Fernando Carlos and Dani La Chepi.

With the presence of the Chinese chef Walter, the members of the jury -Donato De Santis, Germán Martitegui and Damián Betular- warned celebrities that they would have to prepare their dishes without a prescription.

Cande Vetrano starred in the great blooper of the night on MasterChef Celebrity (Telefe). Capture TV.

When it comes to touring the islands where the participants cook, German Martitegui He was shocked to see Cande Vetrano’s serious confusion about the food she was preparing herself. True to style, he made a lapidary comment.

“Do you see what Chinese is about to do?” Martitegui asked Walter. The chef from China then marked that the cuts of the vegetables that Cande had on a table had to be “all even”. “Look for the vegetables to be cubes,” he said.

Then, the great blooper of the night arrived. Was Vetrano’s reply to Walter: “Ah, I thought it was Japanese …”.

Indignant, Martitegui he lashed out: “It’s Chinese! A dragon entered (the studio) and everything … I don’t know if you saw …”. Then, he handed him the Chinese hat that had been given to them in a box at the beginning of the broadcast and said: “Put this on, so at least you will mask it a little.”

A while later, when it was time to appear before the jury, Cande told the camera: “I look at my plate and I invoke the dragon: this can go well or it can go wrong.” In fact, he chose as a name for his dish – sautéed prawns, scallops, mushrooms and ramen soup- “Dragon, help me.”

After the tasting, Martitegui gave him a devastating return. In reference to the dish, he said: “It doesn’t take me to China, it doesn’t even take me to Asia … They don’t cross me from General Paz.”

MasterChef Celebrity: Germán Martitegui, lapidary in his return to Cande Vetrano on the night of Chinese food. Capture TV.

Donato De Santis He pointed out to Vetrano: “The ramen has noodles and it had no noodles. You cooked well, but you missed the target that was to make us try something that reminds us of Chinese cuisine“.

As expected, at the end of the broadcast, Cande was unable to climb onto the balcony. He obtained a gray apron, as did Alex Caniggia, Sol Pérez and Dani La Chepi. As it is, all of them will have to fight in Thursday’s playoffs so as not to go directly to Sunday’s elimination gala.

Spokesman for the Libyan parliamentarian: Dabaiba succeeded in gaining the confidence of the deputies

Foreign tourism to Spain slumps 93.6% in February amid COVID curbs

The ambitious Ag2r-Citroen project wants a ‘big one’