MasterChef Celebrity bet on the eternal charm of alfajores 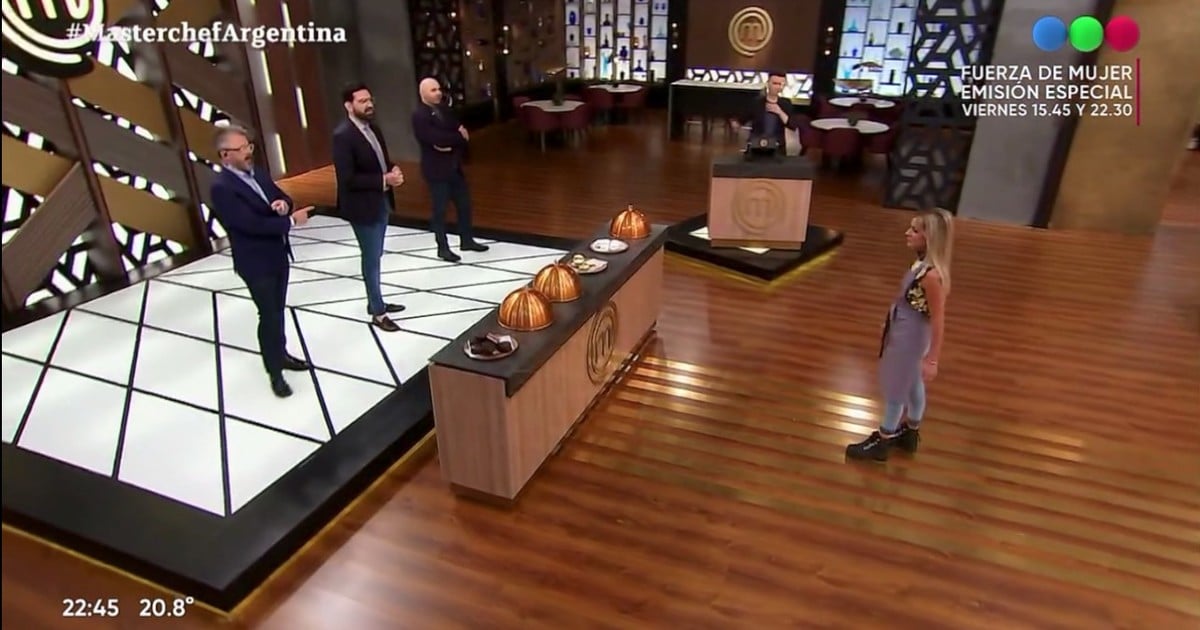 In MasterChef Celebrity (Telefe, Monday to Thursday, at 10:30 p.m.; Sunday, at 10 p.m.), yesterday was Thursday of “last chance”. Everything happened at the gala: La Chepi showed off, Gastón Dalmau was emotional and Alex Caniggia made a disaster but took it with humor.

In that instance of the cycle that Santiago Del Moro leads, those who presented the worst dishes on Monday and Tuesday compete to try to get away from Sunday’s elimination gala. Only one of them can do it.

Alex Caniggia rejoined to the program after an absence due to a vision problem. Once recovered, he received the welcome from his companions.

The challenge that the jury made up of Damián Betular, Germán Martitegui and Donato De Santis presented to the participants consisted of preparing alfajores.

In a game of bells under which there were typical alfajores from various regions of Argentina, it was defined what type of alfajor each of the famous people should prepare within 70 minutes.

MasterChef Celebrity: In a game of bells, it was decided what kind of alfajores each participant should cook. Capture TV.

Later, it was time for the tasting and the criticisms of the three chefs of the work carried out by each of the members of the reality show.

When the jury had to evaluate the Cordovan alfajores made by Dani La Chepi, they were full of praise.

The participant did not stop being amazed at so many compliments. She looked radiant with the returns she was receiving.

And a sentence, forceful by the way, by Germán Martitegui made her emotional. The demanding chef tasted the jam-filled alfajores that the influencer made and, without the slightest doubt, exclaimed: “I want to have this jam for breakfast every day!”

Alex Caniggia did not enjoy the same luck. The self-styled “Emperor” had a very difficult night. His alfajores were directly inedible and the jury gave him a lapidary criticism.

However, he took it with humor. Between laughter, he maintained: “I failed today. The greats also fail. The champions, sometimes, we can fail.”

Alex Caniggia burst out laughing at the mess he cooked up on MasterChef Celebrity. Capture TV.

And put to compare, the young Caniggia bet on the highest: “Cristiano Ronaldo fails on penalties – he exemplified -. Messi, at the end of the World Cup failed. Hamilton can crash …”.

Brutal sincerity, non-stop laughing, Alex advised the three chefs not to even taste the supposed alfajores he was presenting to them. “The candy is a tar!”, They pointed out to him, horrified.

Facing the camera, Mariana Nannis’s son admitted that he was already very clear that he would get the black apron, that is, the symbol that he was sent directly to the elimination gala. And so it happened.

The emotion of Gastón Dalmau

When Gaston Dalmau He brought to the jury his box with alfajores from Mar del Plata, garnered highly praiseworthy opinions. “It seems to me that we are going to be colleagues, Dalmau”, said the prestigious pastry chef Damián Betular.

“I like that you are enjoying this joy, it is what all of us have when something goes well for us,” said Martitegui.

“It is very gratifying for us to see someone who has as much fun as you spent cooking today,” Betular added. “That attitude helps a lot and you will shine as you did today.”

At that point, Gastón broke down in tears. “There is a desire in you, a passion and a dedication, that not everyone has”, observed Santiago Del Moro.

Gastón Dalmau broke down in tears on “MasterChef Celebrity” and told a hard personal story that he lived at the age of 3. Capture TV.

Then, Dalmau told a very strong personal story. “At the age of three, I caught a complicated illness and that made my life move forward. Fight it and enjoy it ”, explained.

Germán Martitegui, Donato De Santis and Damián Betular had to decide which of the night’s participants went to the next round of MasterChef, thus avoiding the elimination gala on Sunday.

For the first time since the contest began, the jury said: “Those who believe they deserve a black apron have the courage to come and look for it.” They presented themselves Alex Caniggia, Georgina Barbarossa and María O’Donnell. They, then, went to the elimination gala.

Then the three chefs they chose La Chepi as the winner. Gunda Fontán and Gastón Dalmau were given the black apron. They will also have to work hard next Sunday not to be eliminated from MasterChef Celebrity.