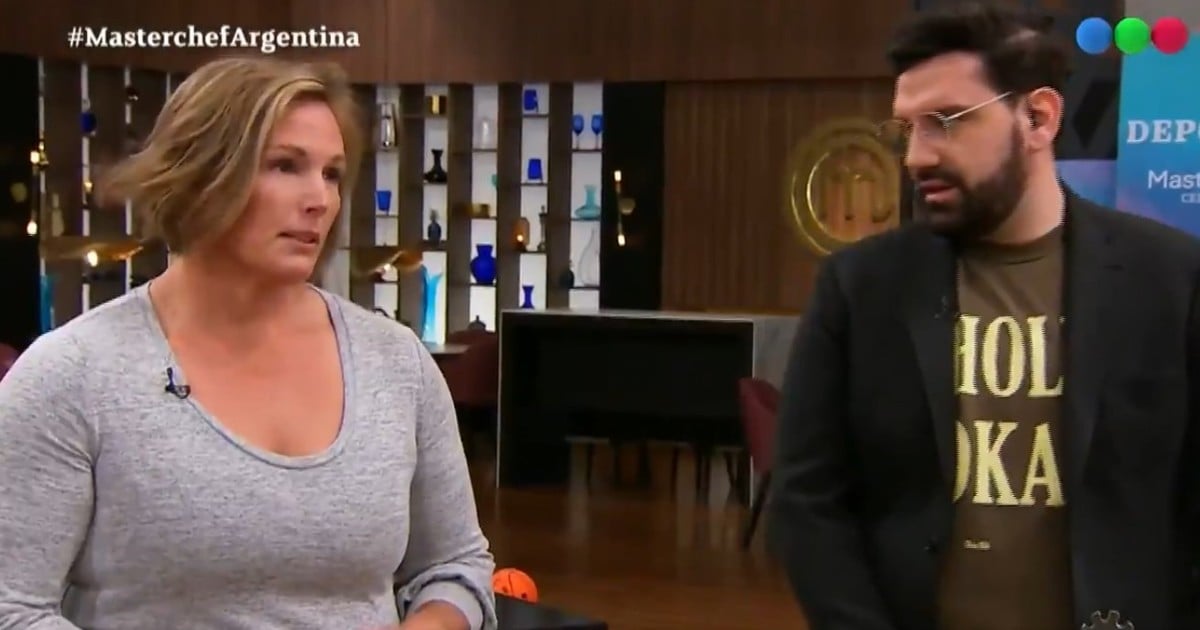 On MasterChef Celebrity (Telefe, Monday to Thursday at 10:30 p.m.; Sunday, at 10 p.m.), yesterday, Tuesday, with the presence of Jennifer Dahlgren, a broadcast inspired by the world of sport was developed .

The jury made up of Donato De Santis, Damián Betular and Germán Martitegui presented them with the challenge of cooking suitable dishes for the balanced diet of an athlete.

The participants had the advice of a luxury guest: the Argentine Olympian Jennifer Dahlgren, retired a short time ago, after 23 years of career.

Before starting to cook, the five competitors had to pass the test of playing various sports in the studio in order to gain time to do their dishes.

They started on a 60 minute basis. The player who won the garment, added minutes to all. The one who lost, was left to them. The result was that they were left with only 45 minutes to prepare the recipes.

That general rule did not apply to Andrea Rincón. Holder of a gold medal, she had the benefit of having an hour to cook.

As usual, while the cooks worked on their respective islands, the jury visited them. The guest, Jennifer Dhalgren, accompanied the chefs on their tours and was asked multiple questions by participants seeking helpful advice.

Alex Caniggia, however, surprised everyone by rejecting any kind of help. From the outset, when approaching the work station of Claudio Paul and Mariana Nannis’s son, Betular warned him: “Do not start with that you know everything. Take advantage of Jenny for anything you want to ask. “

Defiantly, Alex replied, “You know what? I don’t want to ask him anything.” “I’m just asking you one thing,” he readily admitted. “Do I use an egg or not?” She answered yes, and he did not want to hear anything more.

Speaking to MasterChef’s camera, Alex said: “I don’t even listen when I start cooking. I’m like the Terminator when he fires, you see?”

When Santi Del Moro said the classic phrase “Hands up”, it was time to put down pots and pans and present the dishes to the chefs for tasting and criticism.

How did the wayward Alex Caniggia fare? Nobility obliges, he came out very graceful. Her entree was rice noodles with pesto, chicken, and raisins.

“Tonight I didn’t have faith in you, because rice noodles and pesto are two very different cultures,” Martitegui told him. It’s very strange, but you did it. I liked it! ”

Seeing how happy Andrea Rincón was for Alex’s success, the chef couldn’t resist the urge to ask what’s going on between them. “It is an unusual closeness …”, he slipped.

“We are friends,” Caniggia replied. And he immediately made a reservation: “But if he paints shooting, I always have a loaded gun …”.

Juanse was the one who received the hardest return last night in MasterChef. The dish that he brought to the jury consisted of grouper, with potato, carrot, egg, kale and corn salad.

Germán Martitegui was directly lapidary in his trial. After pointing out that the challenge was to make a healthy recipe but also to bring joy to the athlete who ate it, he went out of his way against the musician’s preparation.

“The only thing I can imagine about this dish is that if you give it to athletes throughout the Olympic competition, they end up committing suicide en masse,” said the chef ruthlessly..

Once the dishes of all the participants had been evaluated, Donato De Santis, Germán Martitegui and Damián Betular had to decide who would go up to the balcony to compete today on the “benefit Wednesday” and who was destined for the “last chance Thursday”.

The verdict was as follows: Claudia “Gunda” Fontán and Alex Caniggia they went up to the balcony. Conversely, Andrea Rincón, María O’Donnell and Juanse they will have to make an effort in the playoffs on Thursday not to go directly to the elimination gala next Sunday.

“The right culture” determines when Mourinho will return

Searches for the disappeared submarine are racing against time