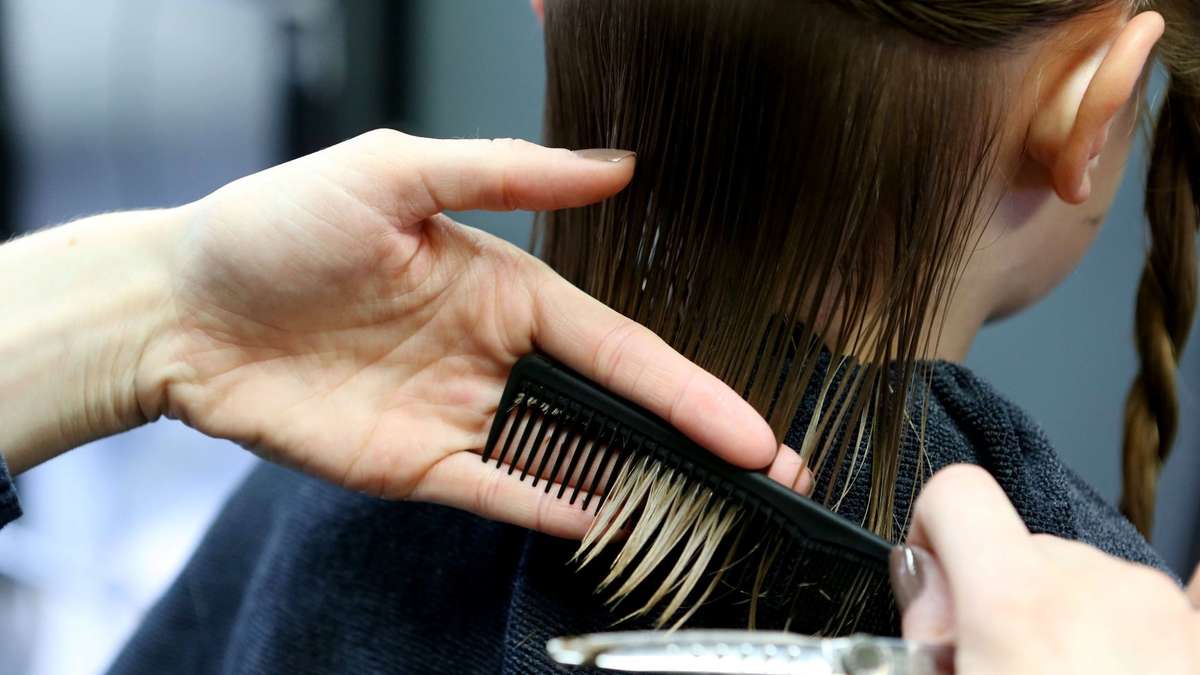 For many years, master hairdresser Ulla Maas from Hamburg trained young people to be hairdressers – but that is no longer an option for her today. Because most apprentices no longer have any respect for the hairdressing profession.

Ulla Maas is a master hairdresser. The 61-year-old runs a salon in downtown Hamburg – alone. Although she trains hairdressers nationwide in cooperation with a German hair care company, to whom she teaches new techniques, she has not seen trainees like her for a long time Mirror start told.

She herself has been able to learn from the best and would like to pass on her knowledge to the hair-cutting offspring, she assures Mirror start. But that is no longer so easy because there are hardly any people who are passionate about this profession. Maas had her last trainee around ten years ago.

You can observe this again and again today in your training courses. Young people lack curiosity and passion. In the opinion of the master hairdresser, the zeitgeist is to blame for this dilemma. Maas speaks of a “development in society as a whole” which begins in the parents’ homes.

Many parents are initially disappointed when their daughter or son announces that they want to become a hairdresser. “Everyone should study.” An example of this are the recently published registration figures at Munich high schools *, which are bursting at the seams because more and more children are supposed to graduate from high school. “The craft is losing its status,” says Maas, annoyed. The appreciation has become less and less over the years.

Bad salaries damage the image of the hairdressing trade

She also received a lot fewer applications than before. “20 years ago I had 20 to 30 applications every year, now there are three or four a year,” said the 61-year-old in an interview with mirror. Writing applications in particular seems to be less and less suitable for young people. Maas reports of people who would rather come straight to the salon instead and expect to be able to take half an hour for them straight away.

Young people’s social skills are also declining. Maas tells of trainees without stamina who always came late and skipped vocational school and, to make matters worse, are said to have hardly been capable of criticism. And many apprentices who have dealt with the Maas are said to have tended to overestimate themselves *: Young people who think “they already know everything because they follow some stylists on YouTube or Instagram.” “They want to style right away, but not the workplace to clean up.”

Like so many craft training courses in Germany, hairdressing training in particular suffers from a lousy image. Long standing working hours, Saturday work and salaries, which are difficult to cover the usual cost of living, have also contributed to this, as has the portrayal of hairdressers as uneducated in the mass media and films such as “Manta Manta”. *Merkur.de is an offer from IPPEN.MEDIA