Massive flight of Burmese in Rangoon amid military repression 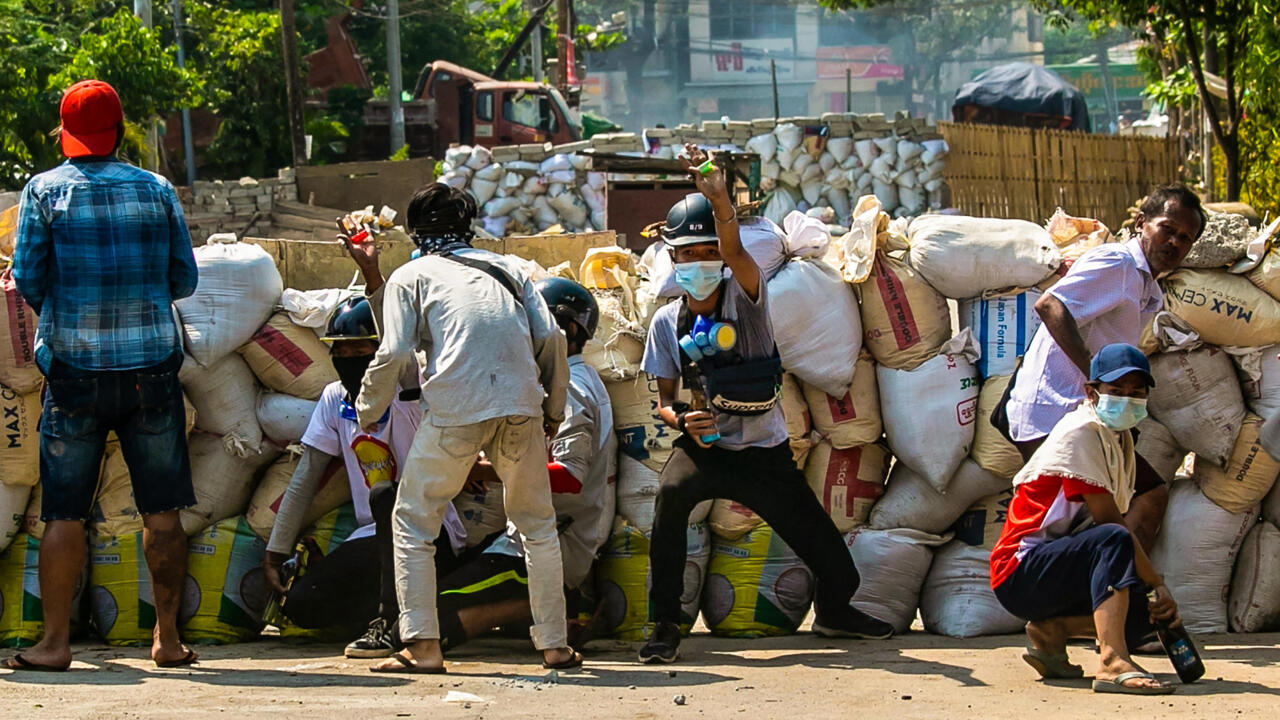 A month and a half after the coup in Myanmar and constant acts of repression, hundreds of Burmese are fleeing the capital, Rangoon. While the clashes intensify, the number of deaths in the protests reaches 224.

After a month of repression, the exodus is the new face of Myanmar’s capital, Rangoon. One of the main routes out of the city was completely congested on the morning of March 19, according to images from local media.

Since the military coup on February 1, more than 200 civilians have died. 224 exactly, according to the Burmese human rights NGO Association for Assistance to Political Prisoners (AAPP).

224 killed by this board coup

2258 arrested, charged, or sentenced since 1 Feb

But, according to the newspaper ‘Le Monde’, the balance could be much larger since several people have disappeared in recent days. Even a ‘BBC’ correspondent is missing. It is about a Burmese journalist who worked in the capital for the British media.

“We are very concerned about our reporter Aung Thura, detained by individuals who did not identify themselves, “the television network alerted on Twitter.

“I am returning home, to the state of Rakhine, in the west of the country,” a woman who took the bus to leave the capital told AFP. “I no longer sleep at night. In my neighborhood the police took several people and tortured them ”.

In social networks, Internet users call people to flee because “the situation in the city is scary “. Others instead ask people to stay out of “solidarity.”

“It was too stressful to be in Rangoon,” a goldsmith who settled on the coast told the same agency.

Thailand, the neighboring country, is preparing to receive an influx of refugees. The government of the province of Tak warned that they are qualified “to host between 30,000 to 50,000Burmese.

However, there are some 90,000 who already live on the Thai side of the 1,800-kilometer border that separates the two countries. They got there fleeing dozens of years of civil war between the Army and the rebels. Other Burmese have left for India, another of the border countries.

A ‘phantom Parliament’ in the face of the Army’s repression

The repression took place this Friday also in the center of the country. At least two people were killed there, according to a funeral home employee who fears more victims.

In its daily report, the NGO AAPP publishes that “deaths, torture, destruction of houses and other private property” are the tactics of the Army, which is increasingly violent.

According to the organization, the military creates a climate of “fear and subordination.” Some protesters are “forced by weapons to destroy barricades” according to several witnesses.

Meanwhile, the country closes more every day. Mobile Internet connections are still cut off and only state media is covering the crisis.

More than 2,200 people have been arrested since the coup. The majority belongs to the party of the also detained leader Aung San Suu Kyi, the League for Democracy. (LND).

Many NLD deputies have gone underground and some have formed a phantom Parliament, the Committee representative of Pyidaungsu Hluttaw (CRPH). CRPH Vice President Mahn Win Khaing Than and his “special envoy” at the United Nations, Dr. Sasa, were charged with “high treason” and risk 22 years in prison.

According to the UN representative, who denied the board, a committee of parliamentarians dismissed by the military is studying convening the International Criminal Court (ICC) to judge those responsible for the coup.

East Wednesday, March 17, UN researchers called on the Burmese population to what collectivein and preservein all evidence on the abuses committed by the Army since the coup of February 1, in order to constitute future processagainst their leaders.

In Geneva, UN human rights experts they have indicated that states can lean on in the principle of universal jurisdiction to prosecute soldiers “responsible for acts that may constitute crimes against humanity.”

The general for his part continue to turn a deaf ear to the multiple international condemnations and ignoredo sanctions imposed by the United States, the European Union and the United Kingdom.

According to the French Foreign Ministry, Brussels will announce new sanctions against the economic interests of the coup plotters.

Two dozen asphalt storm drains will be dug up in Kaluga