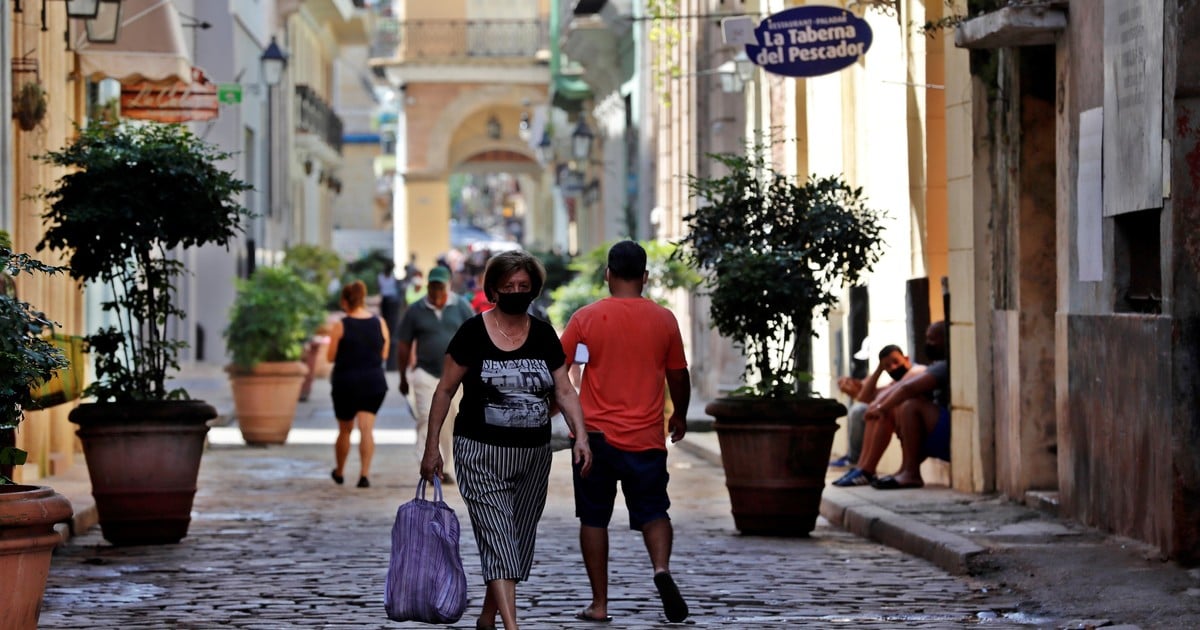 Thousands of Cubans marched this Sunday through the streets of the small town of San Antonio de los Baños, southwest of Havana, in an unprecedented protest against the government of Cuba, according to videos of fans posted on the internet.

Screaming especially “Homeland and Life”, the title of a controversial song, but also “Down with the dictatorship!” and “We are not afraid”, the protesters, most of them young, marched through the town, located 33 km southwest of the capital, according to the images.

“Oh my God! A woman is heard saying at a time when the march passes in front of her screaming loudly “We want Freedom” and yelling insults at President Miguel Díaz-Canel.

San Antonio de los Baños is a small rural town in the province of Artemisa, neighboring Havana. It has about 50,000 inhabitants. Since the coronavirus pandemic began in March 2020, Cubans have been forced to wait in long lines to stock up on food, a situation that has been compounded by a severe shortage of medicines, which has generated widespread social unrest.

Two people talk on the wall of the Havana seawall today, in Havana (Cuba). Photo EFE

“These are alarming figures, which are increasing by the day”said this Sunday the head of Epidemiology of the Ministry of Health, Francisco Durán, in his usual press conference on television.

The situation is especially tense in the tourist province of Matanzas, located 100 km east of Havana, where the high number of infections can make health services collapse.

Under the labels #SOSCuba “, #SOSMatanzas” or #SalvemosCuba “, among others, they multiply on social networks the calls for help, but also claims to the government to facilitate the sending of donations from abroad.

The call of “SOS Cuba” from Gente de Zona was shared in that social network by other renowned artists of the region such as Daddy Yankee, Becky G, Natti Natasha, and the singer René Pérez (Resident of Calle 13), among others.

On Saturday, an opposition group called for establish “a humanitarian corridor”, an initiative that the government ruled out.

“The concepts linked to humanitarian corridor and humanitarian aid are associated with areas in conflict and they do not apply to Cuba“The director of Consular Affairs and Attention to Cuban Residents Abroad of the Cuban Foreign Ministry, Ernesto Soberón, said at a press conference on Saturday.

Soberon too denounced “a campaign” which seeks to “present an image of total chaos in the country that does not correspond to the current situation.”

However, the official announced that the government will set up an email account on Monday to expedite donations from abroad.

In Yakutia, a forest fire crept up to another village