Massacre of October 17, 1961: Emmanuel Macron’s statement is criticized from all sides 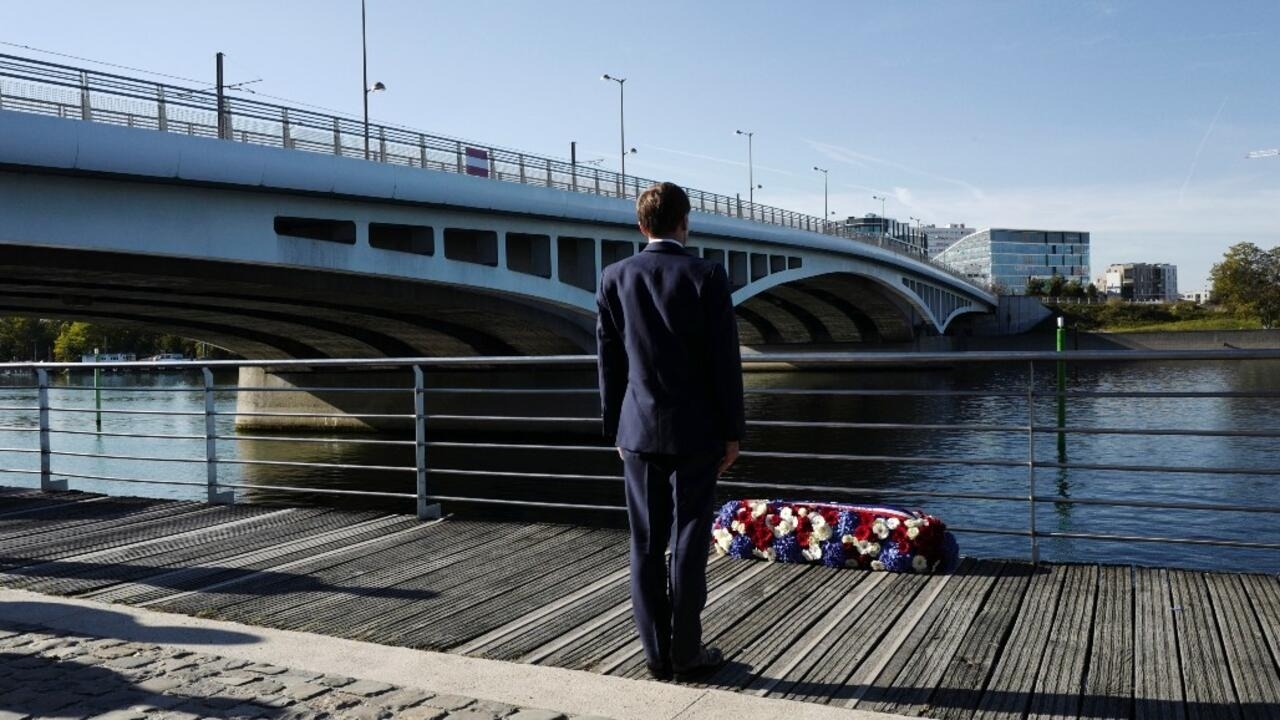 Following a statement issued by the Elysee condemning the 1961 massacre, during a harsh repression of a demonstration of Algerians in Paris, criticism has fallen on the French president, Emmanuel Macron, from those who consider that the president was not forceful enough in rejecting these facts, covered up for decades. The right also spoke out against it.

The president “acknowledged the facts: that the crimes committed that night under (Paris police prefect) Maurice Papon are unforgivable for the Republic,” the French government said in a statement on Saturday, October 16.

But for many activists that message “is not enough”, according to Rahim Rezigat, 81 years old and former member of the French federation of the National Liberation Front (FLN), a front that led the fight for the independence of Algeria (1954-1962 ).

Macron “is playing with words, for the sake of his electorate, which includes those who are nostalgic for French Algeria,” said Rezigat, who attended an event organized in Paris on Saturday by the anti-racist NGO SOS Racisme, which brought together to activists and youth from the Ile-de-France region to commemorate that deadly night.

On October 17, 1961, some 30,000 Algerians peacefully demonstrated at the convocation of the FLN resistance movement in response to the strict night curfew imposed on Algerians in Paris and its suburbs.

10,000 police and gendarmes were deployed before the demonstration. The crackdown was bloody, with several protesters shot dead, some of whose bodies were thrown into the Seine River. Historians estimate that at least several dozen and up to 200 people died, but the official figure is three dead and 11,000 injured.

Critics of Macron’s statement on Saturday say it didn’t go far enough and that blaming Papon alone is downplaying the state in the massacre.

“To believe or hope that others believe for a second that Maurice Papon may have acted on his own initiative throughout the month of October 1961, and especially on October 17, 1961, and that the then Minister of the Interior Roger Frey and the entire Government headed by Michel Debré they were not responsible is a fairy tale and also a bad one ”, told France 24 the political scientist Oliver Le Cour Grandmaison.

Knowing that power is exercised vertically in the 5th Republic of France, Le Cour Grandmaison assured: “We consider this to be a crime of the State and, therefore, we could have expected that the statement of Emmanuel Macron would reflect it. But there was no recognition, no law, and no redress. There was not even a statement. Macron did not speak, ”he said, referring to the fact that the statement was issued as a statement from the Elysee.

Gilles Manceron, a historian specializing in the colonial history of France, agrees. “This is a crime of the State, it is not a crime of the prefecture. It was a state crime that implicated various state officials and General de Gaulle, although he did not direct the events himself and also expressed his discontent with them, apparently saying that they were inadmissible, although secondary, “Manceron told France 24.” He did not direct the violence and he repented, but he covered it with silence. Which contributed to the decades of silence that followed. “

Human rights and anti-racism groups and Algerian associations in France organized a tribute march in Paris on Sunday afternoon. They asked the authorities to further recognize the responsibilities of the French state in the “tragedies and horrors” related to the Algerian war for independence and to continue opening archives from that period.

Earlier this year, Macron announced a decision to speed up the declassification of secret documents related to the Algerian war of independence (1954-1962) from France. The new procedure was introduced in August, Macron’s office said.

The move was part of a series of steps taken by Macron to address France’s brutal history with Algeria, which had been under French rule for 132 years, until its independence in 1962.

But Le Cour Grandmaison, who runs an association to commemorate the events of October 17, 1961, said the archives were still very difficult to access.

“If you want to access police files, you have to ask the police prefecture, which is both a judge and a party to the facts,” he told France 24. “Access to files in France, compared to other countries democratic, it is extremely restricted, “he added.

Mancheron explained that “theoretically, French law dictates that archives must be communicable after a period of 50 years. But as the 50-year archival period of 1961 was nearing its end, an inter-ministerial directive was issued saying that a specific green light would be needed to open certain archives. This resulted in limited access, even though it was allowed by law, ”he says.

“Hence the mobilization of historians and archivists and of a certain number of associations that last July led to the highest French court ruling that the inter-ministerial directive of December 2011 was illegal, illegitimate, that it should not have been allowed and it was annulled, “adds Mancheron.

During the commemoration event on Saturday evening, SOS Racisme held a pyrotechnic display on Pont Neuf, a bridge that spans the River Seine in central Paris. The fireworks mimicked bullets fired by police 60 years ago, when the Seine was lit up and Algerian lilies were symbolically thrown into the water.

On Sunday morning, the mayor of Paris, Anne Hidalgo, attended a tribute ceremony on the Saint-Michel bridge in the center of the capital, and the prefect of police of Paris, Didier Lallement, laid a wreath of flowers in the place.

It was the first time that a prefect of the Paris police paid tribute to the victims of October 17, 1961. Although he did not speak at the event, the bells rang and a minute’s silence was observed.

Macron, also criticized by the right

Macron’s right-wing political opponents also criticized his statement, in his case considering it went too far.

The sentiment was shared by another far-right presidential candidate, Nicolas Dupont Aignan, who tweeted: “Algeria spits on France and Emmanuel Macron does penance. The head of state should inspire pride, not shame for being French. Otherwise, how can it surprise us that immigrant populations do not want to assimilate?

And Les Républicains center-right MP Eric Ciotti tweeted: “The anti-French propaganda victimized by President Macron is indecent. We are still waiting for the president to commemorate the Oran massacre on July 5, 1962, when the FLN massacred several hundred so-called ‘harkis’ (pro-French Muslims) loyal to France.

In a message marking the 60th anniversary of the deadly repression, Algerian President Abdelmadjid Tebboune on Saturday called for a free approach to “colonialist thinking” on historical issues between his country and France.

“I reaffirm our strong concern to treat the issues of history and memory without complacency or compromising principles, and with a keen sense of responsibility,” free from the “predominance of arrogant colonialist thinking,” he said.

The message came shortly after Tebboune declared that Algeria would observe a minute of silence every October 17 in memory of the victims.

Relations between Paris and Algiers have been strained amid a diplomatic dispute fueled by the limitation of visas to Algerian citizens by France and comments attributed to Macron that describe Algeria as a country governed by a “political-military system” that he had “totally rewritten” his story.

In response to this, Algeria withdrew its ambassador from Paris and banned French military aircraft from its airspace.

Tebboune has demanded “total respect” from France. “We forget that (Algeria) was once a French colony. History should not be falsified,” the president said last week.

Beyond the statements from Algeria, the political messages issued within French politics, both by the president and by human rights defenders and politicians of the right and center reflect how nationalism and the colonial history of France are still present in this nation and how these issues become more relevant and sensitive as the elections approach.

* Article adapted from its original in English

With AFP and AP 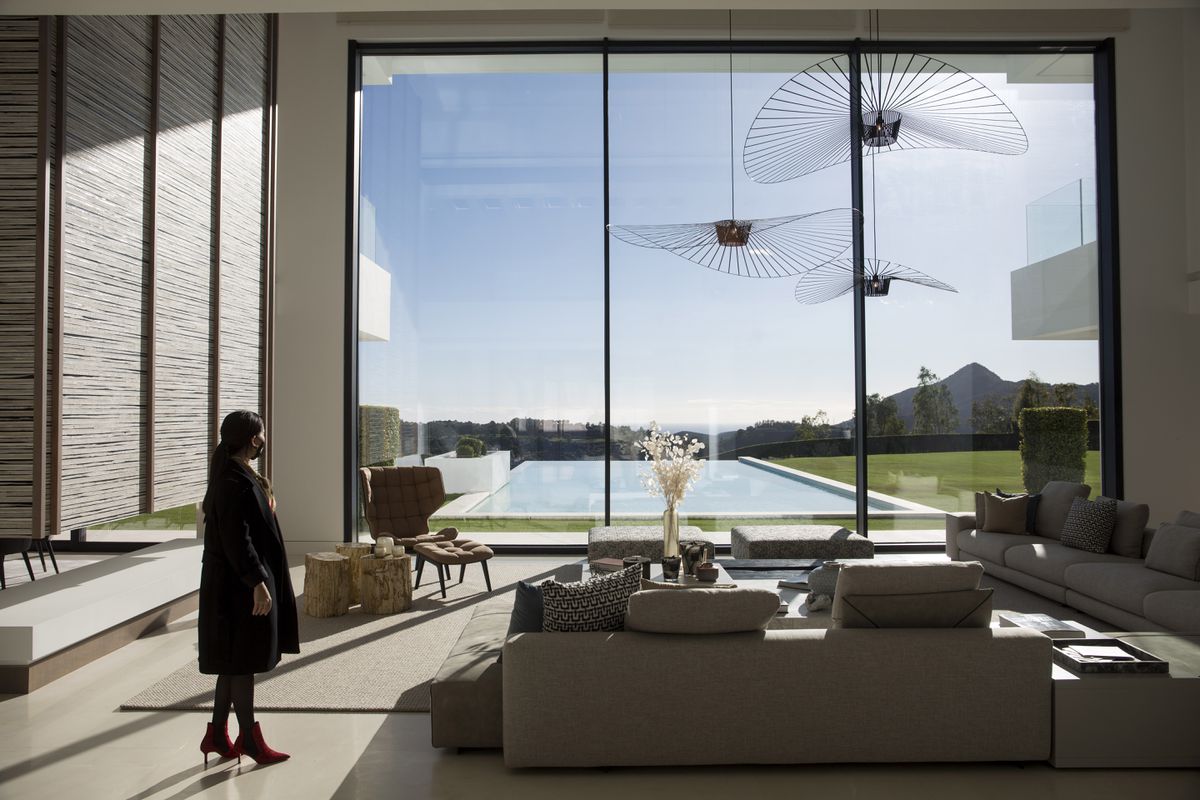 Who is the mask Mexico: how to vote and watch chapter 9 LIVE on the Las Estrellas channel?