Mass protests in Chicago after a boy was killed 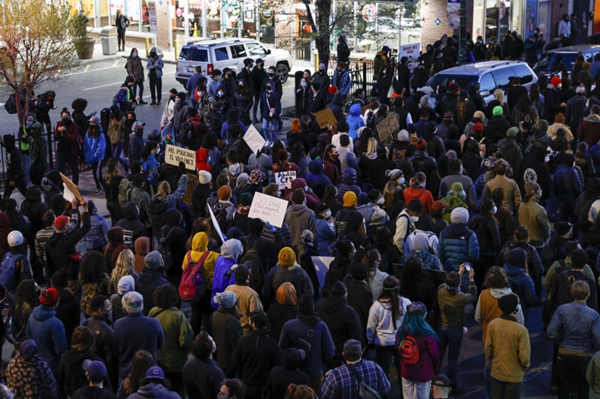 Hundreds of people demonstrated in the streets of Chicago, in protest at the police shooting of Adam Toledo, a day after the city broadcast a video of a policeman shooting and killing a 13-year-old boy in an alley two weeks ago.
The demonstrators held up banners with messages such as “Justice for Adam Toledo” in a quiet march as night fell.

The demonstrators observed a minute of silence and expressed their solidarity with the boy’s family, who appealed to the demonstrators to abide by peace. The gathering began at Logan Square Park, about eight kilometers north of the shooting site.