Mass exodus of British yachts from the Balearics 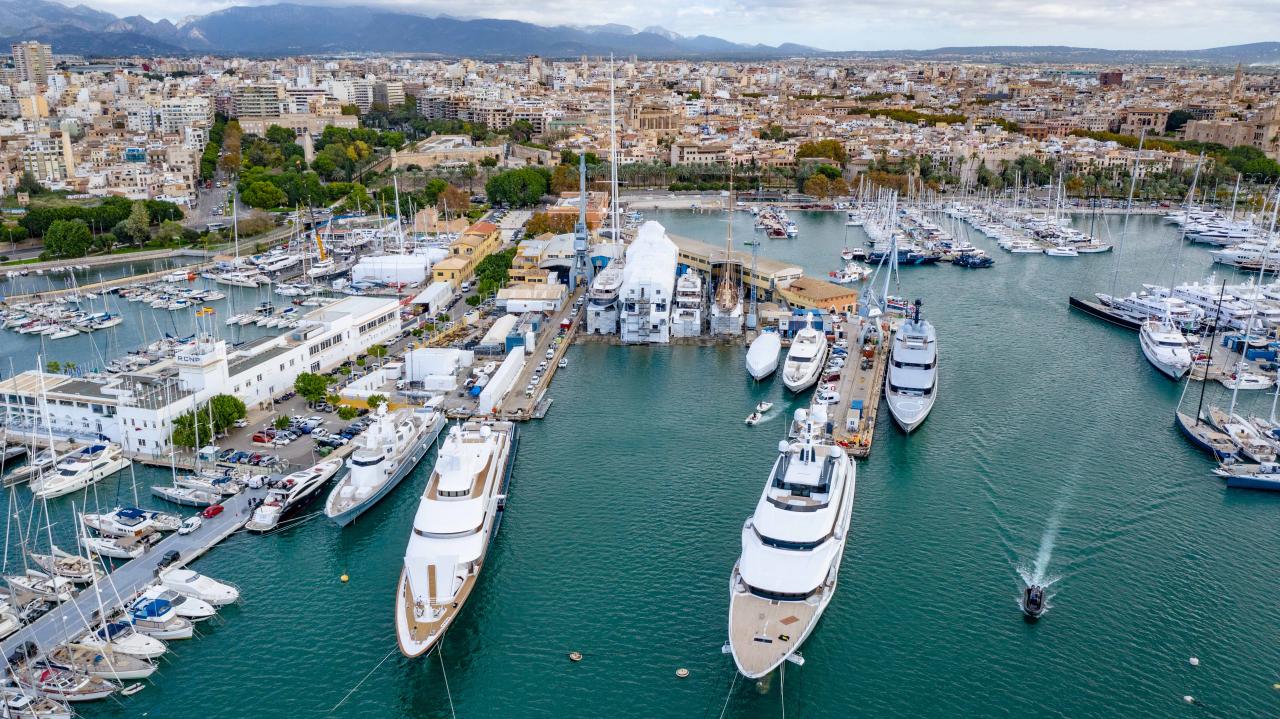 Brexit is threatening to sink the British yachting and nautical industries in the Balearics with a hugely damaging impact on the local economy.

British commercial skipper and Royal Yacht Association instructor Martin Whyte, who ran a sailing and sea training school in Alcudia for 15 years, until earlier this year, has been forced to close his yachting businesses in Mallorca because British yachting qualifications, across the board from skippers to stewards, crew and engineers are no longer recognized as a result of Brexit.

As of January 1, The authorities in Mallorca no longer recognize British Marine Qualifications.

“In short and as a starter, any British person with a boat in Balearic waters who holds a UK qualifications to skipper it no longer has a qualification recognized here and may be treated in the same way as someone without a license caught driving a car.

“This is a disaster for all British boat owners and their options are to either get a Spanish qualified skipper, pass their Spanish maritime exams or take their boat and leave, although technically they are no longer permitted to even move it from its berth.

“The RYA were made aware of this problem in January, 2020 when I contacted their Chief Instructor, Richard Falk to advise him but they have failed to get it resolved.

“The ICC (International Certificate of Competence) issued by the RYA for use in most EU countries has still not been confirmed by the Spanish as remaining acceptable, so nobody actually knows if it is valid or not.

“The yacht crews operating from Palma with internationally recognized RYA / MCA certification are not longer legal here either.

“The Spanish and German etc. yacht charter companies are no longer able to rent boats to British license holders.

“The Spanish commercial skippers who decided that the RYA / MCA commercial license was far better and more widely recognized are now also unable to work.

“All this will have a huge affect on the yachting industry in the Balearics and if its the same throughout Spain and the Canaries then the situation is far worse of course.

“To date I have shipped, delivered and removed 27 British flagged vessels from Spanish waters and I am aware of over 60 People, Spanish, English and EU Captains and crew that have already lost their jobs.

“It seems that the Spanish do not want British boats in their waters and are seeking to destroy the entire yachting industry at a time when they should actually be grateful for the huge amount of income it generates.

“It makes no sense when one considers that a Briton can come to the Balearics and hire a car with a UK license but can’t charter or use his or her yacht.

There are countries bending over backwards to attract vessels, making life as easy as possible and this is where British yacht owners and skippers are moving their vessels to.

“Some are returning to the or Channel Islands, I’ve taken others to Sardinia, Tunisia, Greece, Malta, Gibraltar and the exodus has only just begun as the full implications of the situation is only just sinking in.

“OK, the current Covid travel restrictions have not helped, but the simple fact that British yachting qualifications are not recognized in the Balearics will kill the industry and cost the region billions in lost revenue in the long term.

“Superyacht skippers and crews are being hit, not to mention the small yacht owners or those wishing to come and charter a vessel. It’s does not matter where the vessels is flagged, it’s the qualification issue.

“It could even impact the cruise industry.
“Will British qualified cruise line captains be allowed to operate in Balearic waters – it’s a nightmare?

“Over my 15 years in businesses as an instructor, I’ve trained people from all over the world, from Russia to Canada passing through most European countries tries and now, their RYA qualifications are null and void here in the Balearics.

“Around 30 percent of the vessels moored in the Balearics belong to owners with RYA qualifications and, as things stand, they can’t move their vessels, not even from their moorings to the hard, all they can do is come and sit on board, ”Martin stressed.

“In theory negotiations with the Spanish authorities have been on going since the alarm bells first began ringing last year, but the Spanish don’t appear to be willing to make any concessions – so all they are doing is forcing boat owners to take their vessels out of Spanish waters and move them to more welcoming and quite often cheaper destinations.
“They are destroying a massive industry.”

Klopp on Super League plans: “I don’t really have anything to do with it”