Masks: the countries that have also made their use more flexible indoors 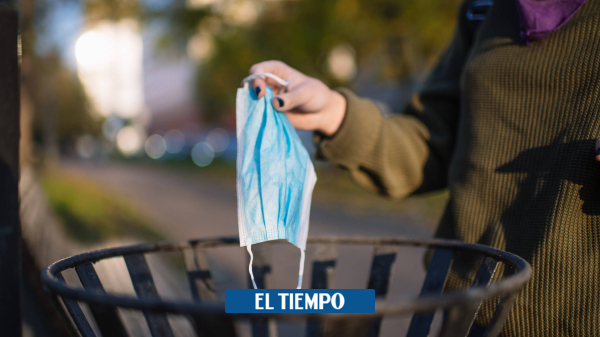 President Iván Duque announced that, As of May 1, the use of face masks in closed spaces will no longer be required in municipalities with 70 percent application of second doses and with 40 percent reinforcement.

(Also read: Covid-19: these are the municipalities with coverage above 70%)

The announcement adds to a wave of decisions to relax anticovid measures in recent months, thanks to the drop in infections in the world and high vaccination rates.

In Europe, gradually, countries have eliminated the mandatory use of face masks in closed spaces.

This is the case in Scotland, Germany, Belgium, Austria and France, although some exceptions have been maintained, such as in hospitals, nursing homes and public service.

England was one of the first countries in the world to stop requiring the use of masks in closed spaces, as this decision was made since January. However, health institutions still recommend its use.

See also  Your turn! They will apply reinforcement to people between 40 and 49 years old in 23 municipalities of Edomex

In contrast, Portugal remained one of the Eurozone countries with the most restrictions around covid-19 until April 22, the date on which the health emergency in the Iberian nation ended.

Since Friday, the mandatory use of face masks in closed spaces is no longer required, with the exception of public transport and health services.

Measures for the use of masks in the region

While in Colombia the health emergency was extended until June 30, in other Latin American countries the special status ended last week.

An example of this is Brazil, which is awaiting a final administrative act to end the emergency, thanks to the drastic reduction in infections, despite being one of the countries most affected by the pandemic in the world.

Jair Bolsonaro has mocked the sanitary measures, despite the high infections in his country.

The determination occurs weeks after President Jair Bolsonaro asked Queiroga to decree the “end of the pandemic” so that Brazil returns to “normality”, according to AFP.

The same case happened with Paraguay, which repealed the health emergency decree last Monday, thus eliminating the mandatory use of masks and the limitation of capacity in cultural and sporting events.

“Thanks to the improvement of the epidemiological scenario, the broad vaccination coverage of the population, and the assistance capacity of the SUS (the public health system), we have the conditions to announce today the end of the public health emergency,” said Marcelo Queiroga. in a statement on national television.

Mexico, for its part, continues to be behind in relaxing the measures. At the end of last week, the newspaper El Financiero reported, hardly any measures such as the use of sanitizing mats and taking temperatures in commercial, educational and government establishments in the capital were left without effect.

The mask will continue to be mandatory in closed spaces in Mexico City.

See also  Title 42, a controversial sanitary measure, will continue by order of a judge

In the United States, the country with the most cases of covid-19 infection in the world, the CDC (Center for Disease Control and Prevention) had extended the mandatory use of masks in public transport.

However, a federal judge in Florida ruled that the measure is illegal, so until the measure is appealedpassengers of transport such as buses, trains, taxis and planes, will not have to use the mask in any state of the country.

Planning to travel to Europe? These are the new requirements you must meet

How much is the personal wealth of the King of Spain? Royal House reveals figure