Masks Pictures from Finland, part 62: Markus Jokela photographed people whose faces show only their eyes because of the mask 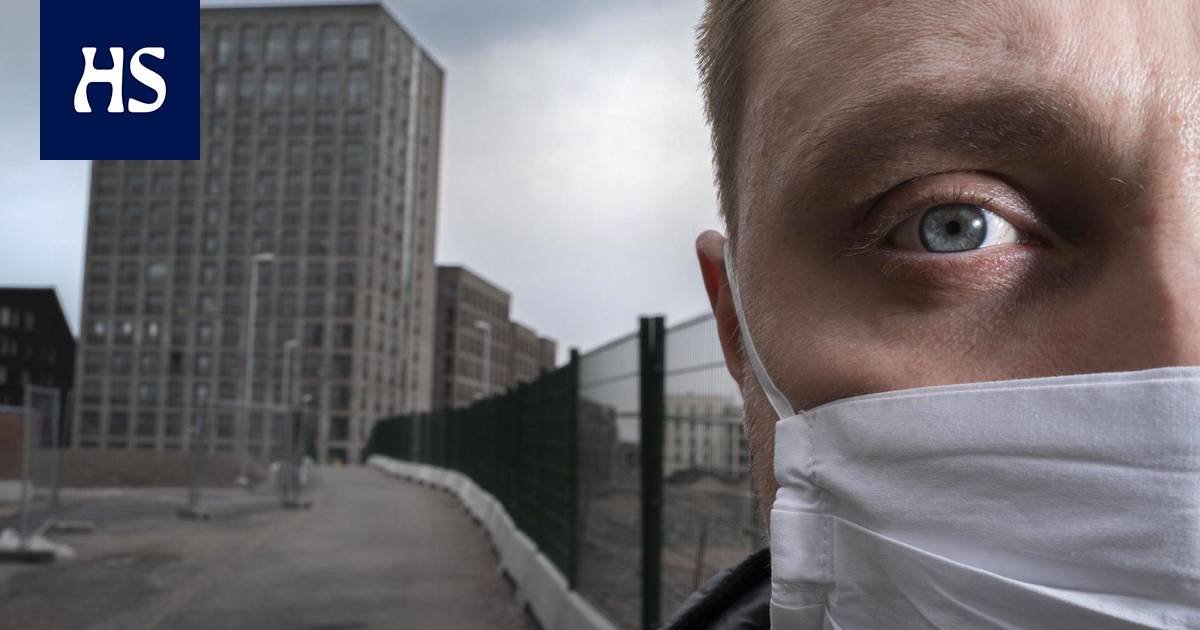 Looking in the eyes is worth it – it can even reduce lying. Markus Jokela photographed the eyes of people wearing the mask.

When The use of masks became more common in Finland due to the corona pandemic, photographer Markus Jokela found himself in embarrassing situations.

“The street came against acquaintances, and I no longer recognized them from behind the mask. A few times it happened that someone came to say hello and I had to ask who you are. The world narrowed when all that was left was our eyes. ”

The observation made Jokela photograph people’s eyes on the outskirts of shopping centers in Espoo and Helsinki – what is still visible in the street scene.

He faced a wide variety of gazes: pensive, introverted, tired. Someone joking, even laughing.

The gazes can be thought of as more generally reflecting the moods of people tired of a pandemic. I can’t stand it anymore, the insulation numbs, but there is always joy in something.

Also in the care sector it has been observed that the world narrows with masks. Interaction has become more difficult, especially with carers who have difficulty interpreting their environment.

Lecturer in gerontological nursing Heidi Highway From Tampere University of Applied Sciences and a nurse and master’s student in health sciences Nina Sarell write the Memory Union on the blogthat the masks have caused difficulties for the memory impaired.

Memory disease affects the brain’s ability to recognize information coming through the senses. Familiar faces disappear from the mind, there are perceptual disturbances and hallucinations, the perception of one’s own self becomes fragile and fragmented. All of this shakes the sense of security. But while the caregiver is still hiding behind a mask, unrecognizable to many healthy people, it can be scary.

Highway and Sarell report on the blog that many memory-impaired clients have refused to let a masked home care worker into their home, workers have been considered robbers.

Without a mask, caregivers have been able to communicate with a smile security, acceptance and cohesion, that they are not a threat. Now, according to Highway and Sarell, the same has to be done with the whole body: calm gestures and movements, a warm tone of voice, a body position that exudes presence – but also and, above all, eyes, eye contact.

The caregiver’s accepting and interested look signals to the elderly that this is valuable and safe. When the words and memories of a person with memory disappear, the caregiver is a mirror to him. A misguided look, such as a dusty or completely ignoring a person, can destabilize a memory person’s sense of self-significance.

The gaze can be touched, Sarell and Highway write.

But with a look much more can be done.

Studies show that eye contact can strengthen learning and remembering and even make a person behave more selflessly. Eye contact turns a person’s attention inward, into their own self, and makes a person more aware of their behavior, their moral values, and the expectations placed on their behavior.

A dissertation in psychology reviewed at the University of Tampere last December found that mutual eye contact activates self-awareness and the autonomic nervous system. Interestingly, it can also reduce lying.

Jonne Hietanen in the dissertation All Eyes on Eye Contact: Studies on Cognitive, affective and behavioral effects of eye contact examined, among other things, the effect of eye contact on dishonest behavior.

An interactive lying game was played in the study. The subjects lied less if they had seen the opponent’s direct gaze a moment before the game round. If the opponent’s gaze was directed away, the subjects were more prone to lying.

For the first time, the study provided scientific evidence that eye contact can reduce lying, which is in line with many people’s everyday experiences., Hietanen writes.

The dissertation also investigated the effects of eye contact on physiological emotional responses, such as cheek muscle activation.

The interaction was studied in three ways: 1) in a face-to-face situation, 2) in a video call, and 3) in a situation where subjects only looked at another person from a computer screen without a two-way connection.

Seeing a direct gaze in each situation activated the cheek muscles pulling the mouthpieces upwards, ie caused a reaction suggestive of a smile.

Face-to-face and, via video call, reciprocal gaze also activated the autonomic nervous system, i.e., the physiological alertness of the subjects increased. However, this did not happen when another person was seen on video without interaction.

According to Hietanen, the results suggest that in some respects a video call connection is more reminiscent of face-to-face interaction than we might have thought. Thus, being physically in the same state is not necessary for eye contact to enhance the state of alertness.

That is good news in this time of pandemic. You don’t even need that mask for a video call. You can smile, both in your mouth and with your eyes.

Editorial The government is pushing SOT reform forward despite the risks