Masi: “The 3 laps made because the weather seemed better” 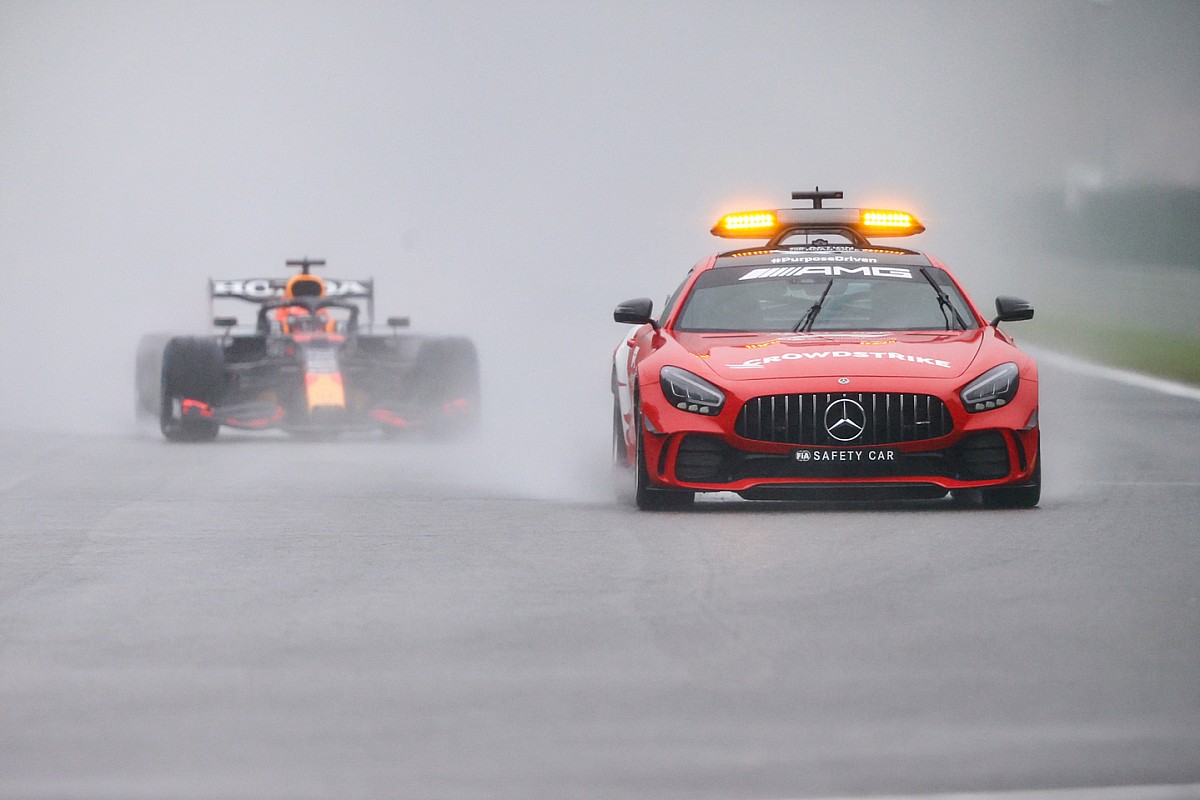 Several hours have passed since the end of the farce Belgian Grand Prix, which Formula 1 held yesterday in Spa-Francorchamps, for those who made the decisions that led to yesterday’s grotesque afternoon, it’s time for explanations.

Michael Masi, F1 race director, was the great protagonist of yesterday, with decisions – not one, but a series – that made all the fans turn up their noses and, perhaps, even more than one leading driver of the race weekend in the Ardennes.

The race, which started under the safety car at 6:17 pm Italian time, lasted a few laps. The necessary number that allowed the top 10 to score points. To be precise, half the score, before returning to the fast lane and declaring the grand prix over due to impracticability of the track.

Masi, who intervened after the race, immediately wanted to extinguish the controversy related to the choice of making the necessary laps behind the safety car to be able to take the points in the Belgian event. The referee said he did not make that choice for commercial or sporting purposes.

“We didn’t have any commercial pressure, absolutely not. Nothing, zero. Never. Never would have considered such a thing.”

If the first words arouse at least perplexity, the subsequent explanation with which he clarified the reasons that led him to start the grand prix under the safety car regime are even less understandable.

According to Masi, at 6:17 pm the race was started to take advantage of a weather window that – potentially – could have been favorable for a few laps. The fact that the necessary laps have been run to assign at least half the score and to declare the grand prix actually completed leaves more than one suspect.

“We didn’t do 2 laps to assign points. We were trying to take advantage of a window that we thought might be there. Even the teams saw that there was some sort of weather zone where we could think of doing a few laps. And as you all know. , being a fan of this sport, the weather here in Spa changes faster than anywhere else. We saw rain on one side of the track and sun on the other. So we thought we could do a few laps, but then the weather is worsened so quickly that, unfortunately, we were unable to shoot. “

If nothing else, the grand prix disputed only for the roll of honor will not be passed in vain. In fact, Masi said that such a situation will be taken into consideration at the next meeting that will take place between the FIA, F1 and the teams. The discussions between the parties will have to lead to the modification of the regulation to prevent such situations from reoccurring and that, the world champion Circus, can again make little edifying figures.

“I think after this weekend and at the next meeting to talk about next season we will look into a lot of things that can be fixed. We have to do it together with the teams to understand what everyone wants. How to know we are in a moment where the FIA ​​works with all 10 teams and F1 to develop the regulations. So we will analyze all the various scenarios and see what everyone thinks. But it is not too late to fix what we saw yesterday, with the assignment of points in such a situation “, he concluded Masi.

35 years after his death: Borges, Argentine almost against his will