Mascherano’s message to Messi for the equalized record 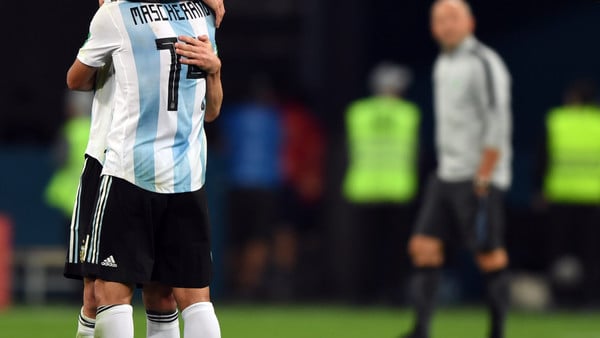 Lionel messi made history against Paraguay, this Monday for the Copa América. Because although he did not shine and had an earthly game, at times accusing fatigue from the string of games (he played all five, counting these three in Brazil and the other two in Qualifying), reached the historical mark of Javier Mascherano, with 147 appearances in the National Team.

El Jefecito, now retired, took the opportunity to greet him through social networks. He knows him more than well, since they shared years – and moments – in the National Team and in Barcelona, ​​with joys and sorrows, of course. Thus, the former midfielder -many times the captain without tape- uploaded an old photo of both of them and a well-felt message. Directed to 10.

“Congratulations Leo Messi for having reached the record of appearances with the National Team shirt. Nobody better than you to continue growing the legend and being the player with the most presence of our beloved soccer team, nobody represents us better in the world. Congratulations to you, to the whole team for today’s victory and may there be many more “, wrote the former 14.

Messi with Mascherano in the last match of the World Cup in Russia (AFP).

Obviously, against Bolivia (Monday 28) or in the quarterfinals (if he rests previously), Messi will dethrone Mascherano and will have 148 presences. And there will be more, of course.

Masche embraces Leo after the elimination in 2018 (AFP).