Marvik settles for 80% of the World Cup qualifiers list 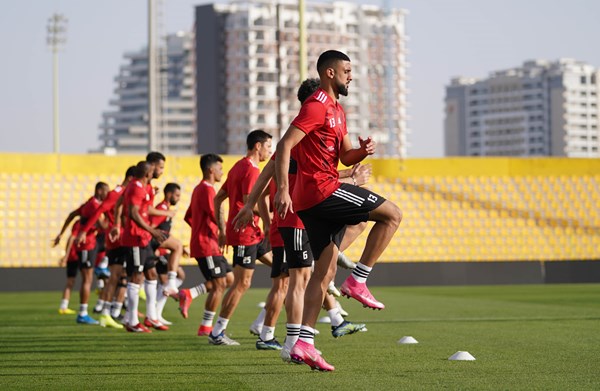 Moataz Al Shami (Dubai)
The technical staff of the first team settled on 80% of the list that competes in the Asian qualifiers for the 2022 World Cup and the 2023 AFC Asian Cup, and Dubai will host the rest of the Group G matches from 3 to 15 June next.
Marvik and his auxiliary apparatus adhere to the idea of ​​the technical stability of the team, and to preserve the “backbone” of the list, which mainly depends on 24 players, despite the existence of an expanded list of 32 players who were called up in the three gatherings that the team entered under the leadership of Marvik, which witnessed two friendly matches against Iraq. Last January, during the first gathering of the Dutch coach, after his return to the leadership of the “white”, and ended in a negative draw, and the second international experience against India last March, and ended in the interest of our team with “half a dozen”.
Between the two experiences, Marvik was able to fully understand the players’ capabilities, giving the opportunity to up to 30 players, but 23 players will eventually be settled, to compete in the upcoming qualifying race.
The technical staff of our team developed a follow-up plan for international players, whereby the tasks were distributed to members of the supporting technical staff, to follow up the players in the AFC Champions League with Al-Ahly youth, Al-Wahda and Sharjah, while the rest of the body was interested in following up the friendly matches that some of our clubs are involved in during the current suspension.
The technical staff led by Marvik is waiting for the return of the league matches again, in the last three rounds, before the fate of the May 15 gathering, which the players enter to prepare for the qualifying round, is expected to witness the performance of an international experience against the Jordan national team next May 24, which is a serious and real experience to find out The capabilities of the players, the extent of compliance with the instructions and the application of what is implemented in the exercises.
It is not expected that the expected list will witness any surprises, in light of Marvik’s insistence on a number of names, which will be the backbone of our team in the Dutch coach’s squad, most notably the striking force of “Al-Abyad”, led by Mabkhout, Kayo, Tigali, Lima, Khalfan, Khalil Ibrahim, and Ali Saleh.
On the other hand, the technical staff of our national team continued the gathering of Olympic team players, in coordination with the new technical staff led by Spaniard Denis Silva, in order to find out the capabilities of the promising elements, who may find a place for them in the list of “white” in the future, as this comes within the plan of communicating generations Between the teams, and the national teams committee asked the Dutch Marvik to undertake the task of direct supervision of the work and rehabilitation of the Olympic team, in coordination with the Spaniard Denis.

"Everything goes wrong": CDU decides in a night session for Laschet - with chaos and numerous breakdowns

Inside Sport: Where is the Olympic Flame?