If there is something to thank for the merger between Marvel and Disney, it is that the commercial pact shows some concern to maintain the level of creativity, opening unexpected avenues in its objective of balancing capital and ingenuity. This is how it is understood that sometimes they bet on risk and give the green light to a project like ‘Shang-Chi and the legend of the Ten Rings’, another spectacular show, attached to the superhero cinema blockbuster, which opts for a practically unknown character for the general public.

Created by Steve Englehart, a scriptwriter of reference in the history of the genre, with the personal line of the ineffable Jim Starlin, it was first published in the early 70’s. Lethal master martial arts expert, unknown son of the great villain Fu Manchu, Shang-Chi is a tough guy, king of kung fu, whose mastery of chi allows him to overcome any physical limit imaginable. His management of energies allows him to face threats without fear of failure.

His first feat on the big screen is directed by Destin Cretton, whose career was not linked to the cinema of pirouettes and blows, with estimable titles such as ‘A Question of Justice’ or ‘The Crystal Castle’. You probably had good action management teams at your disposal, just like the big studios work today. It puts a face to the vigilante Simu Liu, a common name among series fans, seen in ‘Vengeance’, in serialized format, ‘Slasher’ or ‘Bad Blood’. They are seconded by Awkwafina (‘The Farewell’) and Katy and Michelle Yeoh (‘Tiger and Dragon’).

‘Shang-Chi and the legend of the Ten Rings’ meets the usual parameters of superhero cinema under the Marvel label, it is not surprising in this regard. It maintains the rhythm and exploits a certain touch of house brand humor that allows the viewer to immediately empathize with the main protagonists, immersed in a supernatural adventure. The result seems like a mosaic of scenes already seen in other proposals, with the exception that they are well oiled and articulated, giving rise to a display of sensational visual effects and fight choreographies.

The true meaning of this film responds to an obsession that Disney does not hide: the conquest of the Asian market, with China in the lead. He already tried it with ‘Mulan’, which did not offer anything new for any fan of the ‘wuxia’ genre, where the sword and martial arts reign. The competition is voracious, with much more original premises, seeing the exorbitant amount of oriental productions that sweep their country of origin and cross borders. It is not the first time, however, that the idea of ​​jumping from paper to the real image of this marvelita character arises. In the 1980s, Stan Lee himself, the ideologist of La Casa de las Ideas, interviewed the late Brandon Lee to interpret him. Decades later, filmmakers such as Stephen Norrington or Ang Lee were interested in developing a project headed by the master fighter. The initiatives fell on deaf ears so far. 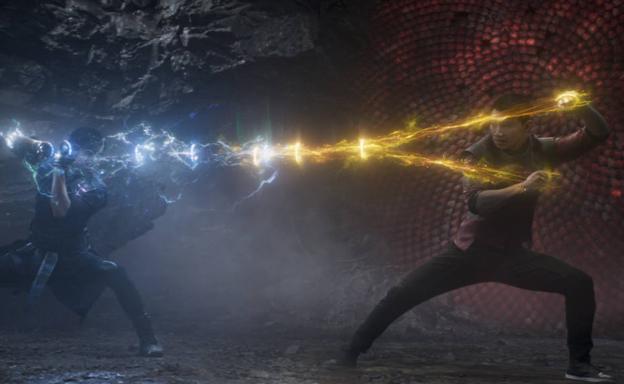 ‘Shang-Chi and the legend of the Ten Rings’.

In his initial foray into the Marvel Cinematic Universe, an unstoppable steamroller whose promotional weapons become tiresome, Shang-Chi must confront his own past and rediscover himself, a complicated task with unexpected twists and turns, which is accelerated by the irruption on the scene of an overwhelming enemy, The Mandarin, played by Tony Leung, a classic of oriental cinema present in magnificent works such as ‘Desiring to love’ or ‘Red Cliff’.

David Callaham, responsible for the script of the disappointing ‘Wonder Woman 1984’, signs the story of a premiere that sees the light only in the traditional circuit of theatrical exhibition and avoids the direct online launch in parallel with the results of ‘Black Widow’ .

The Government changes its campaign strategy: new leadership, slogan and militancy in the territory