Martinez is the fourth to leave “the Bavarian Castle” 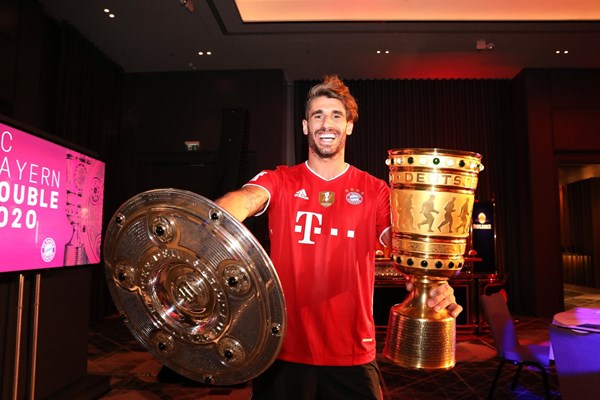 Bayern Munich announced Tuesday that the veteran Spanish midfielder, Javi Martinez, will leave the Bavarian club at the end of the current season, thus becoming the fourth member of the team that crowned last season with the three to leave the “Allianz Arena”.

Martinez has defended Bayern since 2012 from Athletic Bilbao with a then-record deal for the Bavarian club, amounting to 40 million euros. Martinez won the German League title in the eight seasons he spent with Bayern so far, and is moving towards the ninth title since the Bavarian club is 7 points ahead of Leipzig II three stages before the end of the season. The 32-year-old also won three league, domestic cup and European Champions League triplets in 2013 and 2020, and he played the main role in awarding Bayern the European Super Cup title in 2013 against Chelsea, England, “scored a draw 2-2 in overtime of the second extra half”, and 2020 against Seville, Spain, “scored the winning goal 2-1 in the second overtime.”

Martinez said he is very proud and happy that I have been in the Bayern family for nine years, and I am very happy with the many titles we have won together. Martinez is joined by center-back Jerome Boateng, Austrian full back David Alaba and coach Hanse Flick, who will leave the Bavarian giants at the end of the season.

Bayern said in a statement: “At the end of the season, Martinez, Alaba, Boateng and Flick will receive a decent farewell from Bayern in recognition of their remarkable achievements with the club.” Martinez played 266 matches for Bayern, but this season he started in four matches in the League and one in the Champions League, with Lyon Goritzka and Yuzu Kimmich preference to occupy the two defensive midfield positions.