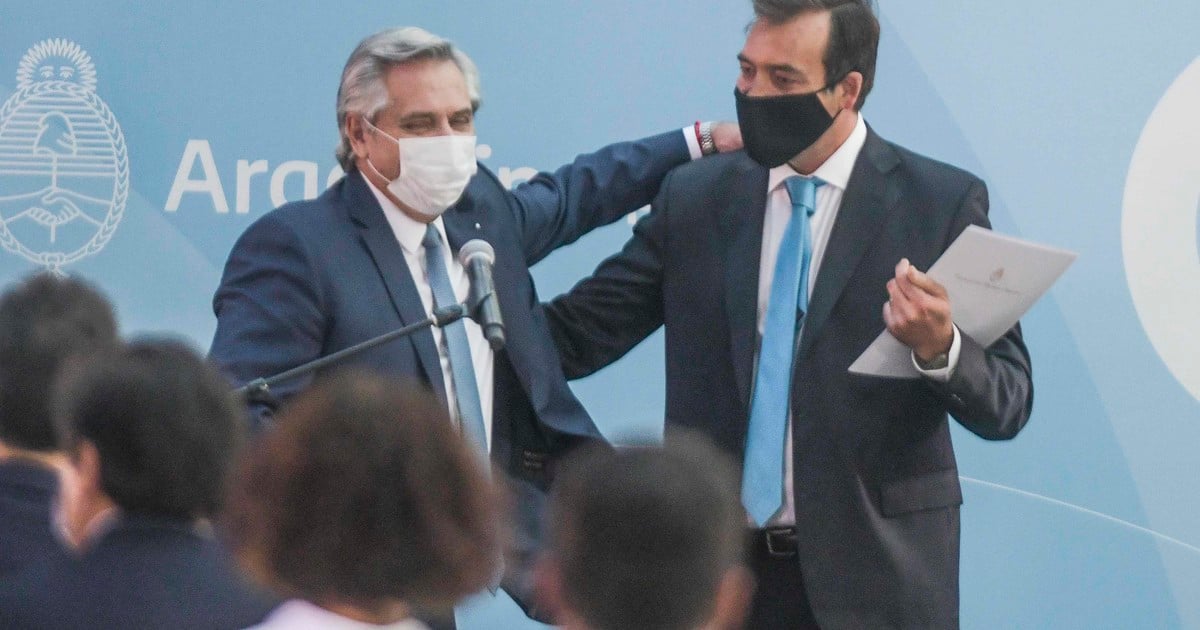 Martín Soria, Minister of Justice of the Nation, harshly criticized the Supreme Court ruling in favor of the City for the face-to-face classes. “It is a political decision that it takes institutional functioning to the limit “, the official said.

“To guarantee that each province or city can do what it wants to face the pandemic, is accept defeat against the virus“continued the minister, in a series of messages posted on his Twitter account.

Messages from Martín Soria against the Supreme Court ruling for face-to-face classes.

Thus, he expressed himself in tune with the discharges of Cristina Kirchner, Alberto Fernández and Axel Kicillof.

It is that this Tuesday, after weeks of tension, the highest court of the Nation ruled in favor of the City of Buenos Aires: it endorsed its position and declared that the presidential DNU with the closure of schools -among the restrictions due to the coronavirus- – violated the “autonomy” of Buenos Aires.

“The failure of the CSJN is a political decision that takes institutional functioning to the limit. But the consequences are not political: they are measured in lives,” the tweet thread began.

He assured that the position of the Court implies “accepting defeat” against the Covid.

Messages from Martín Soria against the Supreme Court ruling for face-to-face classes.

“To guarantee that each province or city can do what it wants to face the pandemic is to accept defeat against the virus. autonomy of the CABA, like that of the provinces, it is not absolute “, wrote the replacement of Marcela Losardo in the Ministry of Justice.

He also targeted the head of the Buenos Aires government, Horacio Rodríguez Larreta.

In that sense, he said: “COVID transcends borders and requires federal health policies. Larreta prosecuted the pandemic with a clear electoral intention. Last year, with half as many cases as now, he joined all DNUs “.

“Why did it change now?”He wondered about the position of the mayor of Buenos Aires. And he regretted that the Court has “played this game.”

“With a fallacious argument, he affirms that ‘he does not talk about health policies’, but in fact that is what he is doing. Is he going to take charge of the consequences generated by this irresponsible decision?” Added Soria.

He also referred to “whimsical postures” amid the coronavirus pandemic.

“None isolated politics it will be able to stop the pandemic. Far from capricious postures, we will seek, as always, the necessary ways to take care of everyone’s life, “the official concluded.

What Fernández, Cristina and Kicillof said

“Honestly, it is very clear that coups against democratic institutions elected by popular vote, they are no longer like they used to be, “said the former president and current vice president.

And he regretted that, from his point of view, the Court decided “that the National Executive Power does not have the competence to take sanitary measures.”

Alberto Fernández was also tough against the ruling. “You don’t know how sad it is to see the decrepitude of law converted into sentences, “said the president.

For his part, Kicillof remarked that the interruption of presence in schools “is not an Argentine invention.”

“You look at what happened all over the planet and when the rate of infection increases and the circulation of the virus grows, the more advanced countries had to go into suspension from the school, to virtuality and distance learning, “said the Buenos Aires governor, who shared with Alberto Fernández an act of delivery of netbooks to high school students.

The need in the middle of the second wave: a fair in the center of Morón was filled with manteros that sell everything

Russia At least eleven dead in school shootings in Russia

The campaign, between hate and evil