Martín Guzmán has a tough mission in the US: to convince investors that they lost 40% with Argentine bonds 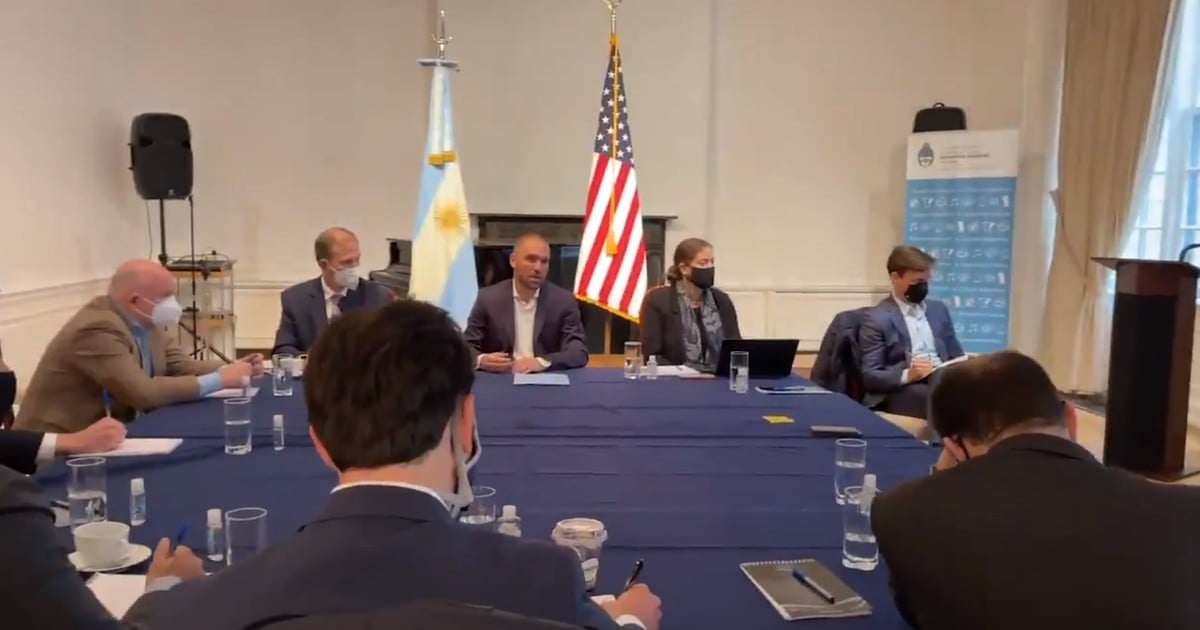 Minister Martín Guzmán is in the United States to meet with investors and officials from the International Monetary Fund (IMF).

It came at a time when the Joe Biden government is carrying out its historic issuance of US $ 1.9 trillion to inject dollars and reactivate the economy.

The response of the markets was the fear of a rebound in inflation and the consequence is the rise in the interest rate on US Treasury bonds to 1.7% per year, when a few months ago it was half.

The rise in the US rate hits the papers of technology companies and favors the outflow of capital from the emerging countries. And Argentina?

Argentina is isolated from the international credit market and, therefore, would not have short-term consequences, to the point that in recent days its bonds, highly depreciated, rebounded.

The minister’s task is not easy, since he was in charge of the debt swap – at the time considered successful – which started with the new bonds trading in $ 47 cash and that in a few months they reached the current US $ 34 on average, for every US $ 100 issued.

Initially, these bonds accrued a yield of 11% per year, now they do so of almost 20% per year, constituting one of the most obvious indicators of the lack of financial confidence in Argentina. They offer an astonishing income, but the buyers are not there.

The financial moment has particular characteristics: exchange rate calm amid political tensions and certainty that the Government will not be able to face even the May expiration of US $ 2.4 billion with the Paris club nor to the US $ 3.8 billion (half in September and half in December) that it should pay the IMF.

The exchange rate tranquility is supported by a Central Bank injecting dollars through a mechanism that consists of sell AL30 bonds against pesos and buy them back against dollars from reserves (they have been selling between US $ 10 and US $ 20 million a day) in the “cash settlement”, to which are added the dollars of the contributors to the wealth tax.

Those taxpayers sell dollars to get weights and to be able to pay the tax before March 31, which is the due date.

But the key to the entry of dollars these days is in the high price of soybeans in the international market. TO US $ 520 the ton, producers and exporters are liquidating grains. Nobody knows how long the bonanza of a soybean that rose US $ 160 in a few months will last.

Despite the better outlook for the external sector, the Government will maintain a strict exchange rate hold with the intention of further controlling the dollar.

The backwardness The relative ratio of the US currency to rising inflation is projected as the Government’s main anti-inflationary policy, a policy that has very particular characteristics.

One evidence is the rise above inflation in the prices of gasoline and other fuels of YPF (50% in 5 months) while the updates of the electricity, gas and transportation rates are delayed.

The greater exchange rate rigidity also entails a tighter control of imports because almost everything that is imported can be paid, but not the debts that importers have with their suppliers.

Guzmán will be able to explain his intention to tend to fiscal balance and to demand the least amount of issuance possible from the Central Bank. Also that the Government is willing to pay its debt, although it does not have the resources now.

Argentina, once again, supports its precarious exchange rate stability on good international prices and about the possibility of a good harvest from the field. A country threatened by the pandemic and the shortage of vaccines, and a government circling its own ghosts and threats only finds a respite in the tailwind that comes from abroad which, as is known, is always temporary.