Martín Guzmán and the quote by Tolstoy 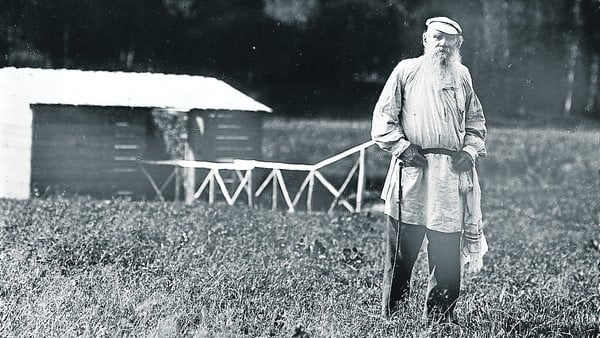 In a recent interview with Luis Novaresio on TV, while trying to attend to all fronts (inflation, the siege of Cristina, negotiations with the IMF), Minister Martín Guzmán surprised by appealing, in an attempt at metaphor, to a famous text of “Anna Karenina”, the novel by Tolstoy. “All happy families look like each other, but each unhappy family is unhappy in its own way”, quoted the minister.

After the interview continued its course, but there was the allusion to one of the wonders of literature.

Nabokov defined Karenina as “The best love novel of all time.” And it is said that Dostoevsky himself, as soon as he finished reading it, exclaimed: “Tolstoy is God.”

.Arisen from the nobility, but a promoter of the abolition of that same class (something that the Bolsheviks consummated with blood and fire shortly after the death of the writer), Tolstoy wrote Karenina in 1877. A decade earlier he had published another of his immortal works, “War and Peace”, describing the Napoleonic disaster in Russia.

.Tolstoy, at 82 years old, turned into a mystic, disenchanted with the world and its miseries, and even with his own family, undertook a trip to Astápovo station. He left behind his legendary Yasnaia Poliana estate, almost 200 kilometers from Moscow. Light in luggage, just a small suitcase … He died in the early morning of November 20, 1910.

Both those remarkable novels and their short stories make up the first row of the canon of universal literature. For many, the works of Tolstoy symbolize the Russian soul.

He told us that “Everyone thinks about changing the world but nobody thinks about changing himself.” Perhaps the lines that accompanied the end of Anna and her lost love are valid for that farewell: “The light that had illuminated the book of his life with its torments, its betrayals and its pains, shone with more vivid brilliance, wavered and was extinguished forever.”

They estimate that Brazil could have 100,000 more deaths from coronavirus in April alone