Martín Caparrós: ​​’Religions justify hunger better than any other discourse’ 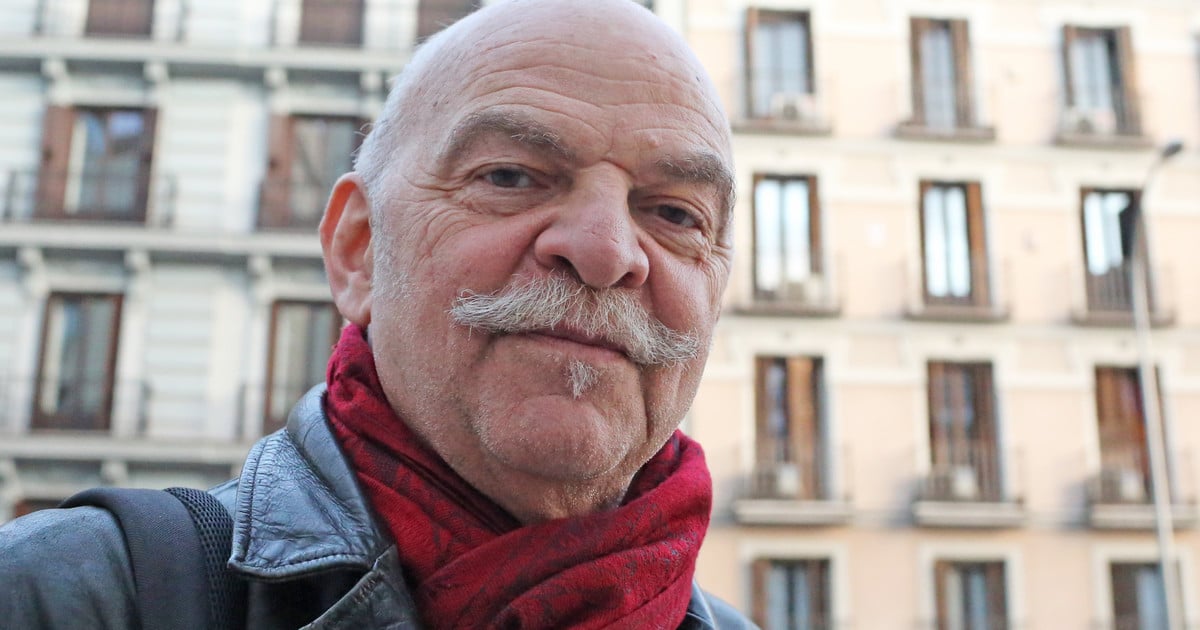 “Hunger it is a reality about men and the invention of inequality “, says Martín Caparrós about the book that, in an updated version, returns to the scene to redefine the scope of the food problem in the context of the pandemic, which the journalist defines as “an unprecedented process” by which “now we know how it changes our lives while it lasts, but not how it will change them when it is over” and probably “we will face extreme situations of uprooting, poverty, hunger “.

Published by Random House Literature, the text is the spearhead of a collection of titles that bears the name “Martín Caparrós Library” and is published these days together with the novel A day in the life of God, which he defines as “a pop fantasy about the gods and the invention of death.”

Review and update its corpus of works for this new series that will follow in the second half of the year with a new non-fiction book entitled America it constitutes “a step between melancholic and celebratory”, defines the writer, born in Buenos Aires in 1957 and currently based in Barcelona.

Caparros He is the author of novels like The Living, Valfierno or Echeverria and from non-fiction books like Long distance, Against change Y The chronic. Last year, in the inaugural landscape of the pandemic that upset the world, he presented his novel Endless.

“The virus does not cause anything: it exacerbates, if anything, existing problems, existing inequalities, existing poverty,” says Caparrós. Photo Cezaro Luca

A year later, the prolongation of that scenario led him to write an allusive epilogue to accompany the reissue of Hunger, a hybrid between the blog, the chronicle and the essay that portrays human groups that for different reasons – droughts, extreme poverty, wars, marginalization – suffer from food deficiencies.

“The situation deteriorates, and they tell you that it is the fault of the coronavirus. It is and it is not. The virus does not cause anything: it exacerbates, if anything, existing problems, existing inequalities, existing poverty. It reveals, reveals, pushes to the limit: it is the slight push that overwhelms those who survived on the edge “, characterizes Caparros this present monopolized by the pandemic in the text that closes the updated version of the work, originally published in 2014.

As a result of the inquiries offered there, the writer was invited to participate in December 2019 in the inaugural session of the Argentine Federal Council against Hunger, an initiative led by President Alberto Fernández along with a hundred social references with the purpose of create a multisectoral program to combat food deficits.

– What is your personal position regarding the question in your book: how can you live knowing that people are starving?

–The trick is usually always the same: believing that these things only happen to others. And it may be true although, in many places, less and less. But above all: when did it become so easy for us to assume that what happens to others does not happen to all of us?

–In the epilogue of the new edition you allude to the fact that this problem acquired a different thickness during the pandemic. What impact can this unthinkable amplification of the nuclei of hunger have?

– That’s the million dollar question. We are in the middle of a process never seen before that, indeed, brought certain sufferings to sectors that did not usually have them, and made it impossible not to see many things that we tried not to see. It is an unprecedented process: now we know how it changes our lives while it lasts, but we do not know how it will change them when it is over. And it is likely that we will face quite extreme situations: uprooting, poverty, hunger and the reactions that this can provoke.

Caparrós was born in 1957. He is based in Barcelona. Photo Cezaro Luca

-How did this finding of hunger affect you as something “everyday”, thinking a little about Hannah Arendt, who exposed the ordinary nature of evil in The banality of evil?

–I remember a very strong moment in Majdanek, a Nazi concentration camp in Lublin, Poland, when I thought I understood that there was nothing banal about the evil of those Germans: thinking about killing millions of people is most extraordinary –in a sense strict – that our civilization has produced. And carry it out, even more so. The same thing happens with hunger. That it does not have the staging that we sometimes imagine does not mean that it is not a very extraordinary phenomenon. And more and more: for millennia, humanity did not have the technical capacity to feed all its individuals – hence the great classical famines – but now it does, and then that it does not do so is even more guilty, more brutal.

– What are the most common types of hunger in Latin America throughout the search that you develop in the book?

– Luckily, there are already few people who “die of hunger”. The vast majority of the victims of malnutrition are people who, being little and poorly nourished, having no strength and defenses, die of diseases that would not do anything to you and me. That is how it kills hunger, and that is also why it is easier not to see it. And the problem with public policies is that, for the most part, they consist of aid, more or less clientelistic assistance that does not solve the causes of hunger – it only reduces its immediate effects – and, by doing so, many times gets millions of people they depend on the organizations that give them this alms: the States, their governments.

“Religions have a decisive weight in the acceptance of hunger”

– How do you feel the questioned supremacy of man in the food pyramid?

– I am not against that supremacy. Homo sapiens took over the planet and uses it to live. As a species we are truly a success: 200 years ago we were a billion specimens; now we are almost eight thousand, and we live more than double than then. For that we had to use a lot of resources, and I don’t think it’s bad; what is wrong, and does not make sense, is to use them so badly that we end up with them. Or use them so unfairly that a small minority get the majority, and many are left with nothing.

– Does the State have to participate in order to correct the inequality that hunger generates?

-Of course. The inequality that is at the base of hunger can only be solved by political means, by changing social and economic structures, and one of the ways to carry out political changes is through the State. It is not the only one, of course, but it is one of the basic ones.

– Religions in general make hunger and fasting a state of holiness instead of condemning famines. Are religious institutions also functional in any way to perpetuate hunger?

– No, religious fasting is not a quantitatively significant phenomenon. But religions have a decisive weight in the acceptance of hunger. One of the things that most caught my attention as I traveled the world listening to people who did not eat enough is that many of them justified what happened to them because some god had wanted it. As I said then: it is very difficult to find hungry atheists. Religions do not always propose fasting, but they justify hunger better than any other known discourse. Blessed are the poor.

–In the book you talk about the disciplining capacity of hunger. Did you approach this work with the expectation of triggering some form of awareness that will push to reverse part of this logic?

– I tell it, like almost everything I tell, with the perhaps silly hope that someone will care and think what he can do about it, how he can change it. The way in which hunger – the threat of hunger – forces us to do things under conditions that no one would accept if it weren’t for it has been a classic of capitalism since its inception. And, to our shame, it still works. 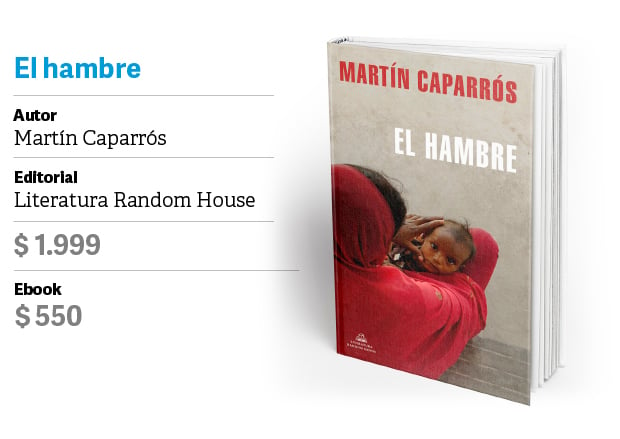 – Parallel to Hunger you also explored the relationship with food from a competing perspective in your book Between teeth, where the theme appears linked to opulence. Can these two views on the same question be read as part of the same inquiry that aims to put antagonistic aspects into dialogue about the same phenomenon?

–The two books are more or less contemporary, and I also published a novel at that time, Ate, which is obviously about the same thing. To eat or not to eat is one of the most common, most common, most decisive gestures of our lives, and I think it is worth thinking about it from all possible points of view. But, of course, none is as urgent as its impossibility.

Telecommunications Nokia plans to cut costs by € 600 million – could cut up to 10,000 jobs

Ways to keep your smartphone charged