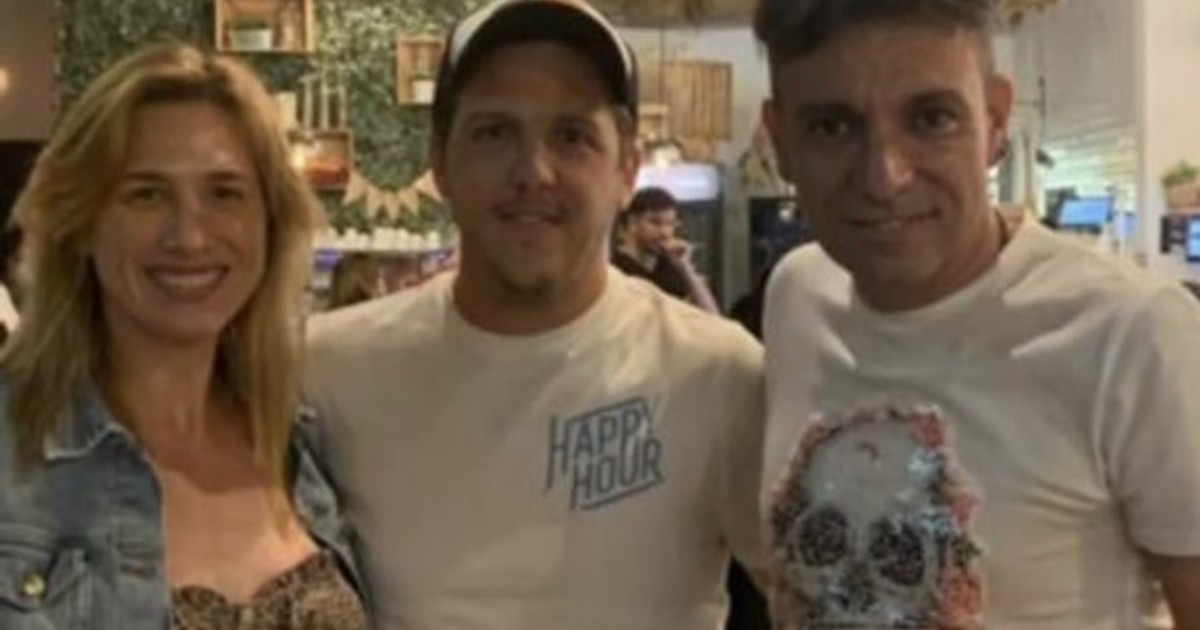 Provocative by nature, Martin Bossi published a controversial photo on his Instagram account, in which he has almost 400 thousand followers, showing up on the beach with Alina moine, the sports journalist with whom he was romantically linked, beyond the refusal of both.

“POLISH OF MY HEART, dear friend: thank you for sharing this revealing and modifying journey with me! I hug you! @ alinamoine09 “, he wrote and accompanied with an image in which the two are seen on the beach, having fun with the situation.

Far from being upset, Alina took to the game and redoubled the bet: “Here’s the annoying friend who wants to ruin your selfie !!! What hat did you put on, NEGRITO DEAR !!!!! …. (PS: “So you trankis vacations”….) “, He replied, adding to the image a controversial gesture with his finger.

Martín Bossi shared a post with Alina Moine on the beach. The journalist accompanies with a controversial gesture. Instagram

Of course, the reference to “tranquility” that Alina mentions has to do with the journalistic guards and publications that emerged in the Argentine media, where they assured that a romance had been born between them. Although both denied it and defined themselves as “very good friends.”

It is worth noting that Bossi and Moine also shared an outing with Nico Vazquez and Gimena Accardi, along with a group of friends, which ended up being decisive for the actors will not be caught in the collapse from the Champlain Towers South building.

As they themselves recounted, they arrived at 1:20 a.m., just minutes before the disaster struck. And that’s why they were not locked in the third floor apartment or the garage, since they were in the lobby at the time there was an explosion and they were able to escape.

Martín Bossi and Nico Vázquez in Miami hours before the collapse. Photo: Instagram

A few days ago, when the alleged romance between them was discussed, the comedian had also uploaded a post talking about the subject: “This won’t be much? !! I’m dying !!!”, wrote along with a video in which it was seen how they dealt with the subject in Intruders (America, Monday to Friday at 1:30 p.m.).

Martín Bossi and Alina Moine joked about the comment that they were a couple.

In addition to giving “Like” to the publication, Alina Moine ironic on the subject: “Well I recommend the gnocchi, they were delicious !!!”, she joked. It should be remembered that until that moment, the sports journalist was romantically linked to Marcelo Gallardo, the DT of River Plate.

Even many related Alina’s stay in Miami with the preseason that River Plate is doing near there. And they mentioned that what about Martín Bossi with her was about “a screen” so that it was not suspected that he traveled to be with the DT.

On Intruders, Virginia Gallardo added that rumors of romance between Alina Moine and the former footballer returned, given that River’s squad is doing the preseason in Orlando, Florida, relatively close to Miami.

“It is said that the previous time River did preseason in Miami, Alina Moine had been there,” said Adrián Pallares. “The versions that are extended from Miami is that The Gallardo Doll would have asked Alina Moine to go with a friend to mislead, because he was waiting for her there, “Lussich closed.