Martial law declared in Haiti after the assassination of the president 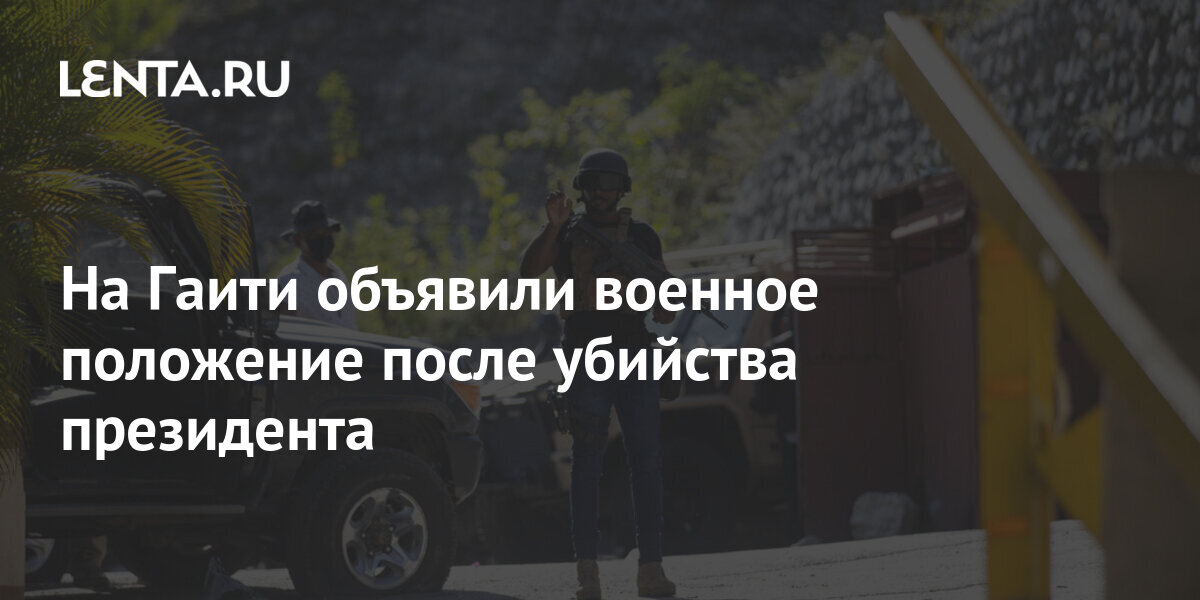 The Haitian Council of Ministers has declared martial law in the country after the assassination of President Jovenel Moise. This was announced by the Acting Prime Minister of the Republic Claude Joseph, his words are conveyed by TASS…

The politician called on the population of the country to unite to defend the democratic regime. He promised that all those responsible for the attack on the leader of the state and his wife will be found and brought to justice.

Earlier it became known that a group of unidentified persons attacked the residence of the President of Haiti on the night of July 7. The attackers fatally wounded the president with firearms. Haitian First Lady Martin Moise was also injured in the attack and subsequently died.

In the United States, the incident was called a tragedy. White House press secretary Jen Psaki expressed solidarity with the people of Haiti and noted that the American side is ready to provide the country with any necessary assistance. The diplomat said that Washington continues to collect information about the incident.