Marseille, a land of drug traffickers and bandits where Macron began his reelection race 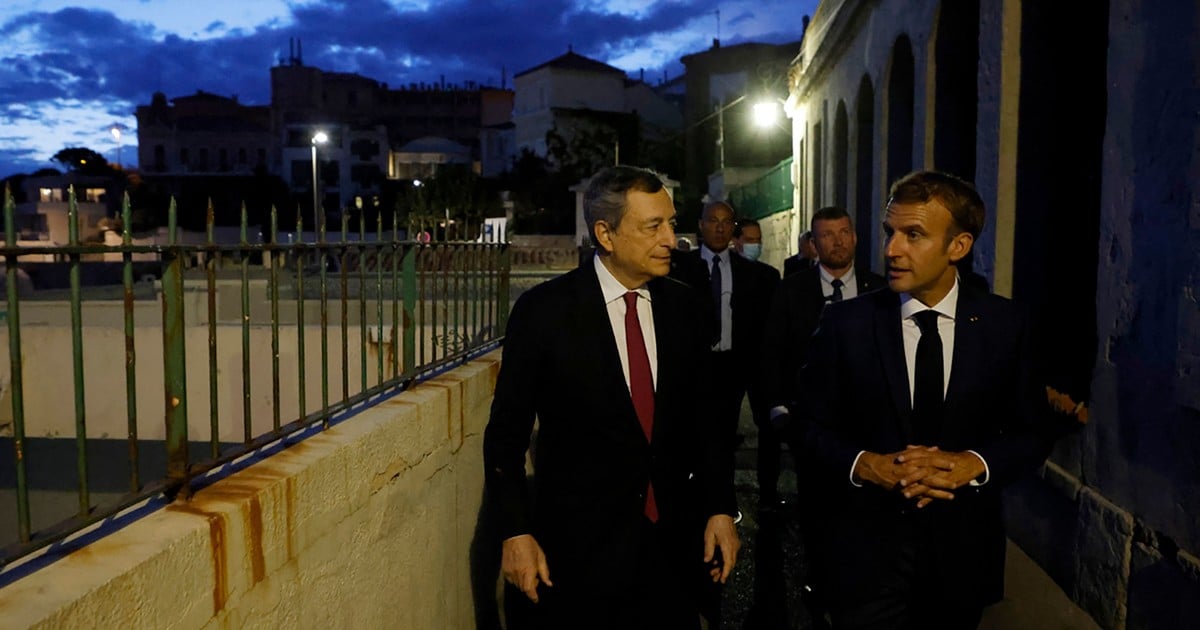 Marseille and its neighborhoods to the north of the city are the Apache Fort of France. Drug war, drug trafficking and war weapons from the Balkans, Kalashnikov shooting scores, unsanitary or uninhabitable social housing, areas where the police cannot enter, schools where teachers are afraid to teach.

A “no mans land”, where the sale of hashish, heroin, cocaine, with the prices written by the dealers on the walls, in the most important port in the south of France, the second city of the country, with its Phoenician past. Drug trafficking, destroyed schools, unhealthy homes, prostitution, illegal immigration, ghetto, where 870,018 people live, facing the Mediterranean Sea.

President Emmanuel Macron decided to restart his work, after his vacation on the Côte d’Azur, and launch your presidential reelection campaign from there.

For three days, the French head of state will reside in Marseille to launch “The most radical global change against accumulated poverty” because there is “a social urgency.” He wants to multiply ties, especially in sports, culture and accommodation.

Macron wants to respond “to the urgency of security, social and health in Marseille.” A city rehabilitation plan, an unannounced visit and walk through the abandoned neighborhoods of the northern area, which is the Far West of Marseille, and a plan to accelerate the transformation of Marseille.

From the Pharo palace, Macron announced that “the urgency today is to accelerate. I think we have all had the experience of vulnerability in this period. I think you have to rethink the rhythm“Said Macron.

“Marseille is a world-city, with all the challenges that it entails. It is a poorer city than others. This poverty is embedded but it is also full of energy ”, explained the head of state.

The city of your heart

The President of the Republic has just announced a city rehabilitation plan drawn up, according to the Elysee, with local elected officials.

Gone are the days when Macron spent his presidential vacation there. The president presented an ambitious plan to breathe new life into “His city of heart”, and the second largest metropolis in France, plagued by the settlement of scores linked to drug trafficking.

Accompanied by seven ministers, the head of state was received by the socialist mayor of Marseille, Benoît Payan, at the town hall, dressed in the French, European and Marseilles colors (blue and white). But also with the background of “Macron resignation” of the protesters.

“This is a city in dire financial straits, which is not up to where it should be. He has been missing his appointments for a long time ”, laments the socialist mayor Benoît Payan, 43 years old.

The head of state presented his plan “Marseille in a big way” Thursday afternoon at the Pharo Palace. The president announced the release of significant financial resources in three sectors in which Marseille is far behind: transport, urban renewal and schools.

The situation in many schools is alarming. The city has launched a vast plan to renovate more than 200 of the city’s 444 schools for an amount of 1,200 million euros, part of which will be paid by the state.

The proposals also aim to cover the obvious transport deficit, in a city that has only two subway lines for 870,000 inhabitants. The network is decades behind.

Finally, investments are expected rehabilitate substandard social housing, unhealthy. Three after the collapse of a building on rue d’Aubagne, which had brought to light the poor sanitary conditions of many buildings, no large-scale rehabilitation operations have actually been launched against substandard housing.

“This is the first time we have heard such an attentive president to elected officials and local actors, “declared Martine Vassal, President (LR) of the Departmental Council of Bouches-du-Rhône, at the end of an exchange between Emmanuel Macron and local elected officials at the City Hall.

“There is something unbearably monarchical. According to the Constitution, it is the Prime Minister who takes care of it. We are eight months away from the presidential elections. Everyone understands that you are campaigning. Here, it is the pilgrimage of promises to Marseille, “criticized Jean-Luc Mélenchon, LFI deputy for Bouches-du-Rhône, upon leaving the meeting.

Macron then met with residents of the northern districts in the city of Bassens on Wednesday afternoon. An exit that was not on the agenda. Many residents greeted him from the crowd.

A man asked him about the importance of “traceability” and “tracking” of investments, the impact of which is rarely felt in the neighborhoods. He also denounced “cronyism”, the “arrangements between friends” in the political sphere, which would contribute to the dysfunctions of the city.

The young people demanded “work”, “schools” that work. Elected officials! We never see them! “, Launched a neighbor of the neighborhood.” There are things that advance and there are areas where the situation continues to be very difficult, “said Emmanuel Macron, who enjoyed a long and lively walk. Other anguished women have expressed their tiredness, their desire to escape from a neighborhood in which they have always lived.

“Before our eyes, murderous and unscrupulous mafias“, they denounced.

The head of state will not be able to evade the blackboard of insecurity and drug trafficking. You will discuss this issue at the Marseille North Police Station. Home Secretary Gerald Darmanin promised an additional 300 cops.

Among the problematic neighborhoods of the city, is Les Lauriers. A large building block, almost incongruous at a time when urban renewal destroys, rebuilds to break up these large monolithic blocks.

From this poor area of ​​the thirteenth district of Marseille come the Ahamada brothers, better known by the name of the “clan of blacks.” A sadly famous brother in town and with good reason. For 10 years, his name has been associated with drug trafficking and the reckoning. There have been five in recent months, shot by Kalashnikov.

Macron allocated 169 million euros to renovate the Hospital de la Timone and the Hospital Norte and 50 million for the creation of a women’s house. Announcements interrupted by a fierce storm, which forced Macron to stop his speech and take refuge under an umbrella.

The head of state presented the “school of the future” in Marseille. There will be 10 micro-colleges and 10 micro-schools in the city by 2022. A way to ward off prejudices during learning.

Young people who want to start their own business will be able to receive a “young creative capital” and an accompaniment.

In the cités, where the social accommodation is in poor condition, as in the north, the president wants it to exist “A unique mouth of recruitment initiatives”, Youth training and alternation programs. At least 100 young people from Marseille will undergo vocational training in Bouches du Rhone with the military, airmen and infantry.

Schools are nobody’s territory in the north of Marseille. The president has decided that the principals of each school should choose their pedagogical team in the primary schools.

For promote communication With the northern area, where the most deprived live and is devastated by drug trafficking, unemployment, violence and the settlement of accounts, Macrón announced the automation of the metro, the creation of four tranway lines and 5 bus lines of high level.

“It is just a debut but it is part of the state’s contribution to open up and communicate the northern neighborhood of the city,” said the president.

Finally, a decision: there will be no more “no man´s land” in Marseille. The police will enter all neighborhoods, at all hours, to impose law and order, so that fear stops reigning.

Far right The Ku Klux Klan is just a shadow of the former, when it included millions of Americans, but the legacy of the extremist organization is still visible in the United States