Mars on Earth: this is the Chinese camp that recreates the conditions of the red planet in the desert 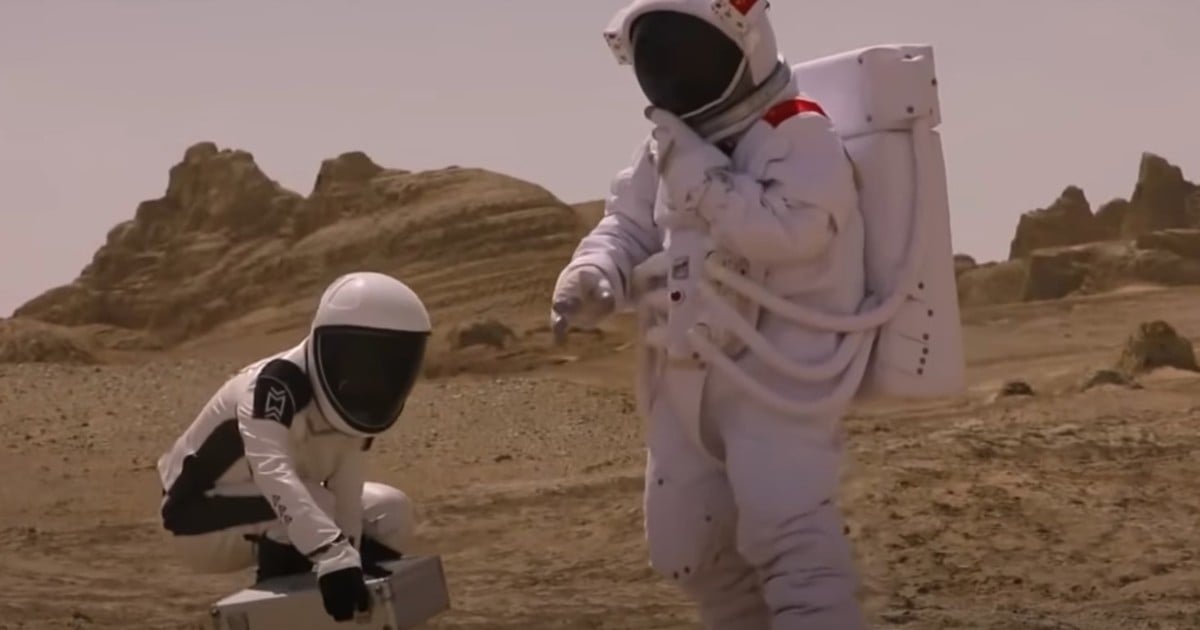 The leading economic power in the East remains firm in space exploration through Mars. After having sent its Tianwen-1 mission and being in full development of its own space station, China took another step with the construction of a Martian camp in the middle of the earth.

Since 2019 the country has a base that simulates the environmental conditions of Mars. This project it is in the middle of the desert, in the province of Qinghai, in the northwest of the country.

The area was chosen by the Chinese authorities for its desert landscape, the abundant presence of rocks and their temperature, which can be similar to that of the red planet.

The complex comprises some 702 hectares and can accommodate tourists and scientists. In total, there are 160 people who could use the facilities to carry out preparatory work for expeditions into space, according to South China Morning Post.

Preparatory work for expeditions into space is carried out at the site.

For its construction, China invested 23 million dollars, and once the works were completed, they affirmed that they plan to invest another 374 million dollars in the project and attract two million visitors a year by 2030.

In this context, China landed its first rover on Mars in May this year. It was Zhurong, named after the god of fire from ancient Chinese mythology.

This experiment is part of China’s goal to prevail in the race to colonize Mars, which this week successfully launched into space the Shenzhou-12 ship with three astronauts on board to participate in the fine-tuning of its Tiangong space station, which the Asian country plans to have ready by 2022.

Its aim is to “verify the main technologies to build and operate the Tiangong station,” explained Ji Qiming, deputy director of CMSA, the Chinese agency dedicated to manned space missions.

China launched the Shenzhou-12 spacecraft on June 17 for the overhaul of the Tiangong space station. Photo: AP.

Among other tasks, astronauts mustn check oxygen recycling systems and other means of life support found in the Tianhe module.

They will also verify waste systems and will try on spacesuits to perform two spacewalks or extravehicular activities (EVA), the name by which the operations carried out by astronauts outside the environment of a spacecraft are known.

A Martian camp in Argentina

The simulation of living conditions on Mars is the objective of the technological innovation project Solar54, launched by a public private consortium in La Rioja.

Like the Chinese initiative, the project on Argentine soil seeks emulate crop technology that can be used in future space explorations of that planet, for which a set of geodesic domes of habitat, laboratories and intelligent hydrocultures will be created.

The initiative will be implemented in a unique place in the country, which many call the copy of “Mars on Earth”: Los Colorados Reserve, in the Independence Department.

Solar 54, the Argentine project that emulates life on Mars.

To meet the objectives, a site selected from 5 hectares to begin the first phase of the initiative, and in October last year the letter of intent was signed to launch Solar54 and call a national call for the integration project.

Entrepreneurship consists of creation of mobile geodesic domes of habitat, laboratories and smart hydrocultures in the provincial reserve “Los Colorados”, in the province of La Rioja, about 1,090 kilometers northwest of Buenos Aires, said expert Martín Bueno, one of the creators of the idea.

The venture is framed within public-private cooperation models, in which the province of La Rioja is the majority shareholder, while companies participate Smartcultiva and FanIOT, from the province of Misiones (northeast).

It may be one of the dumbest trailers of the year, but you’ll want to play Procession to Calvary