Marquez: “We are not a victory or a podium” 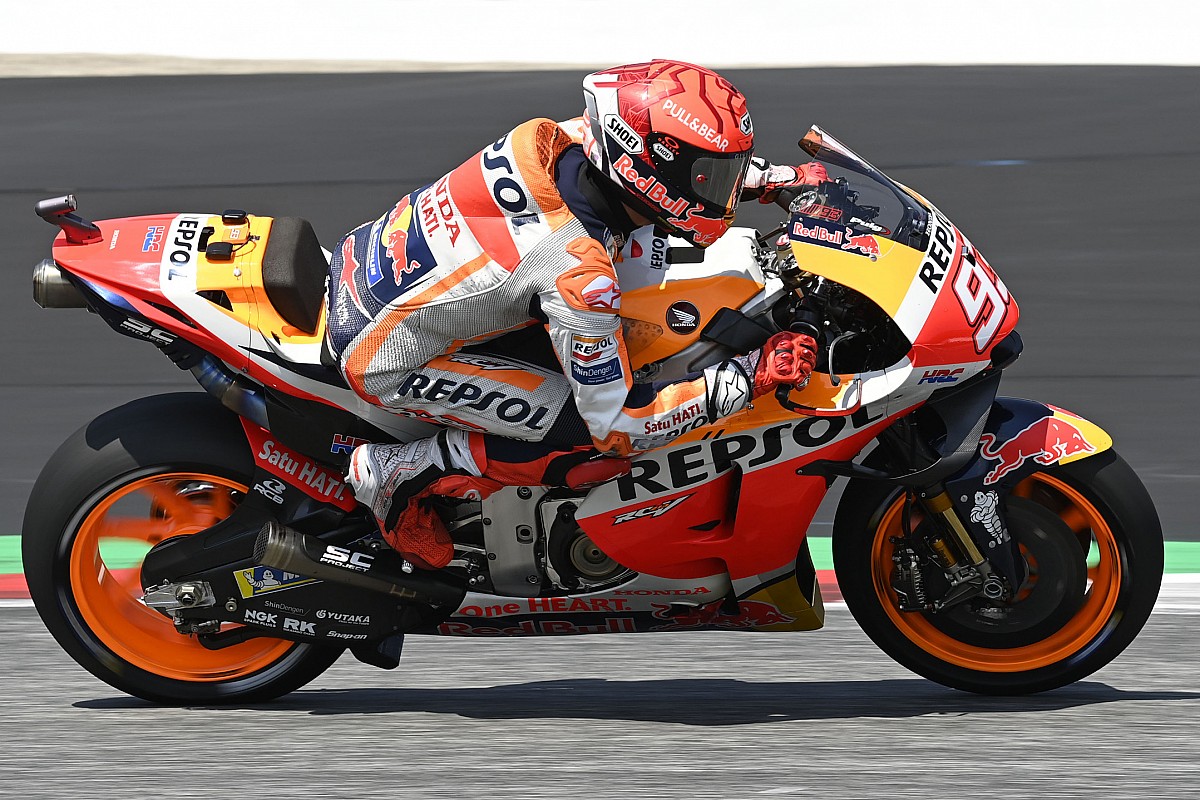 The eight-time world champion put the brakes on all kinds of expectations ahead of Sunday’s race at the Red Bull Ring, after hitting the second row of the grid for the Austrian Grand Prix.

The Honda rider said this position is “not real” and that, looking back over the weekend, he is unable to fight for the top three.

“Our real position was to qualify from seventh to ninth place. The second row came out because there was an opportunity and we took it,” confessed the Honda rider.

“We are not a win or a podium. Getting into the top five will be difficult, even sixth place is more realistic. There is a lot of pace in the race. Everything will depend on the first laps and if I don’t waste too much time and move away from the riders behind,” this will help me in the final laps, but it will be a very long race, “he warned.

Márquez explained on Saturday that he is doing a lot of work this weekend, testing parts and working on the bike of the future, rather than getting his RC213V ready for this weekend.

“Last weekend and up to today’s FP3 we worked for the future. In FP4 I set what I like. With a bike I know the goal is to finish closer to first, not 17 seconds behind like last Sunday.” he recalled.

Rain, in these circumstances, can be Marc’s best ally.

“If it rains, all the options open up: those of having a good race and also those of crashing. It’s a big question mark. On paper we are more competitive in the wet, which is not good,” he admitted.

Viñales did the right thing

The news of the weekend was the suspension of Maverick Viñales by Yamaha, which on Saturday saw a new chapter with the rider apologizing to the brand.

“Maverick did the right thing, what he had to do,” said Márquez.

“Last weekend’s behavior was not good for Yamaha. He put himself in danger, but today he did the right thing and the most logical thing is that at Silverstone he will be back on track with Yamaha, and finish the season. . If I were him, I would try to finish the year as best as possible, because he is very young, he has many years ahead of him and these things can hurt you in the future “, advised the multiple champion.

While Márquez, the driver with the most pole positions in history, hasn’t gotten one since 2019, this year we are experiencing the explosion of a rookie like Jorge Martín, who already has three pole positions, two podiums and one win in his year. as a rookie. A start that is very reminiscent of those of Marc, Jorge Lorenzo and Dani Pedrosa.

“Jorge Martín is doing a great job. He is very fast, as he demonstrated in Qatar with a very good race where he led almost all the laps. Last week he had a perfect race and I think he will do it again tomorrow because he has the best pace and he is the fastest. But now we have to understand his level on other circuits. On this track he has always been very fast. Already last year in Moto2 he won the race, even if they took it away for stepping on the green. We have to see him at Silverstone, Aragon and other tracks. And if he continues to be fast, he will certainly be a clear contender for the title next year. ” The word of a champion.