Marquez: “Most important victory for Marc the man who drives” 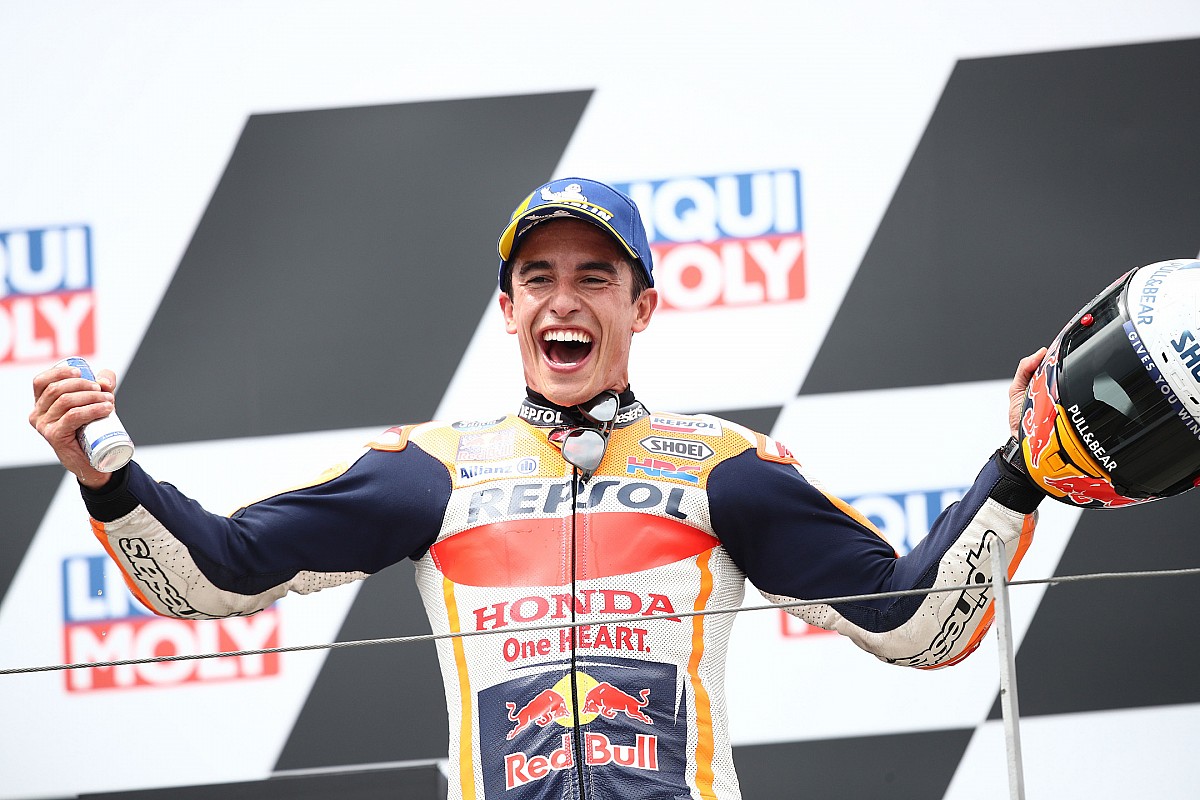 21 races after his last victory, Marc Marquez has returned to breathe: at the Sachsenring, his fort for ten years, the Honda rider has set the eleventh seal, climbing on the top step of the podium after about 11 months. The German Grand Prix was an unexpected triumph, but it is certainly the most emotional of this season.

The Honda rider returned during the current season, he lost the first two races to return to the track in Portimao last April, then struck a series of crashes, three consecutive, which made him arrive in Germany with the desire for redemption on his ‘track. The layout of the track allowed him to have fewer physical limitations, as confirmed by him on the eve of the weekend. The fight for the podium was feasible according to the eight-time world champion, yet success came almost unexpectedly.

Almost, because the Sachsenring ‘kaiser’ did not spare himself and once again showed that he was even stronger than the pain. He took advantage of two drops of rain that upset the race for two laps to push and take the lead without ever abandoning him. It is Marc Marquez’s day, the return of the multiple champion, who on the track where he expresses himself at his best has returned to raise the bar: “I still don’t know what to say. It was a tough time that you can’t face alone. There were so many people behind, all Honda, who respected me a lot, the team, the family. They helped me a lot. “It is clear that many things can be said, but in the end it is the person who suffers in the first person who then has to act. But still when you have people with you who suffer as much or more than you, it helps a lot. When you are in a negative situation, you are looking for something ”.

But the race was anything but simple, especially because the expectations were high and it came from three very complicated weekends: “Today driving was difficult. Yes, I was arriving on a track that was favorable, but the situation was very difficult. I had come from three crashes and just drove without trying to think about what I was doing or where I was coming from. That’s what I did, I took the risk when some water fell and I said to myself ‘today is my day’, everything is falling into place and I tried to push. you can see that I had difficulty in changing direction. Here it was only one point, while at Mugello and Barcelona there were many points. Here from 10 to 11 I still had to figure out how to put my arm right, I don’t feel safe and I don’t feel confident in the right reaction if the bike does something. But I prefer now and try to go fast anyway in the future ”.

The Sachsenring race was a huge show of strength for Marc Marquez, who found inspiration from Mick Doohan, as he reveals: “One of the things that helped me a lot after Mugello was talking to Mick Doohan. I found him there, we talked for a while and I told him I wanted to call him to find out about his situation in 1992 and 1993. From that phone call I understood a lot of things. When he spoke I closed my eyes, we were on the phone for half an hour, but only he spoke, I just listened. He seemed to be saying everything that is happening to me now. He said he didn’t understand what was happening on the bike, then it got better, then he made some mistakes he didn’t usually make, he crashed without understanding why. He did one thing, the bike another. That’s exactly what’s happening to me ”.

“But on Tuesday Alberto Puig called me and said ‘you have to win, you know?’ – he continues – I replied that I arrived from three falls, but he didn’t care. But this always with the help and this made me feel convinced. This is why in FP1 I came out already bad. I also said it on Thursday, this was the first weekend in which I did not feel physical limitations ”.

On the day of the return to glory, there is also room for the ‘romantic’ Marc Marquez, who shows the human side despite proving that he is still the man to beat, if not at the level of the standings, in terms of head and strength: “In sport in general, you live in the present, you can think about the past when you retire. But now we have to try to keep working because we won today, but in Holland we go back to our reality. Honestly what came to mind were the last three crashes at Le Mans, Mugello and Montmelo, I didn’t have anything else in mind. I’m working hard on the arm mentally to try to forget it. It is true that it does not work normally and it hurts, but forgetting it is the solution. This victory is important for the man Marc. The pilot is there but he is not yet the pilot he was. Let’s see the future if we can go back to driving as I want. But today was a very important day for me but also for Honda ”.