Marquez in difficulty: “This will be just a passing race” 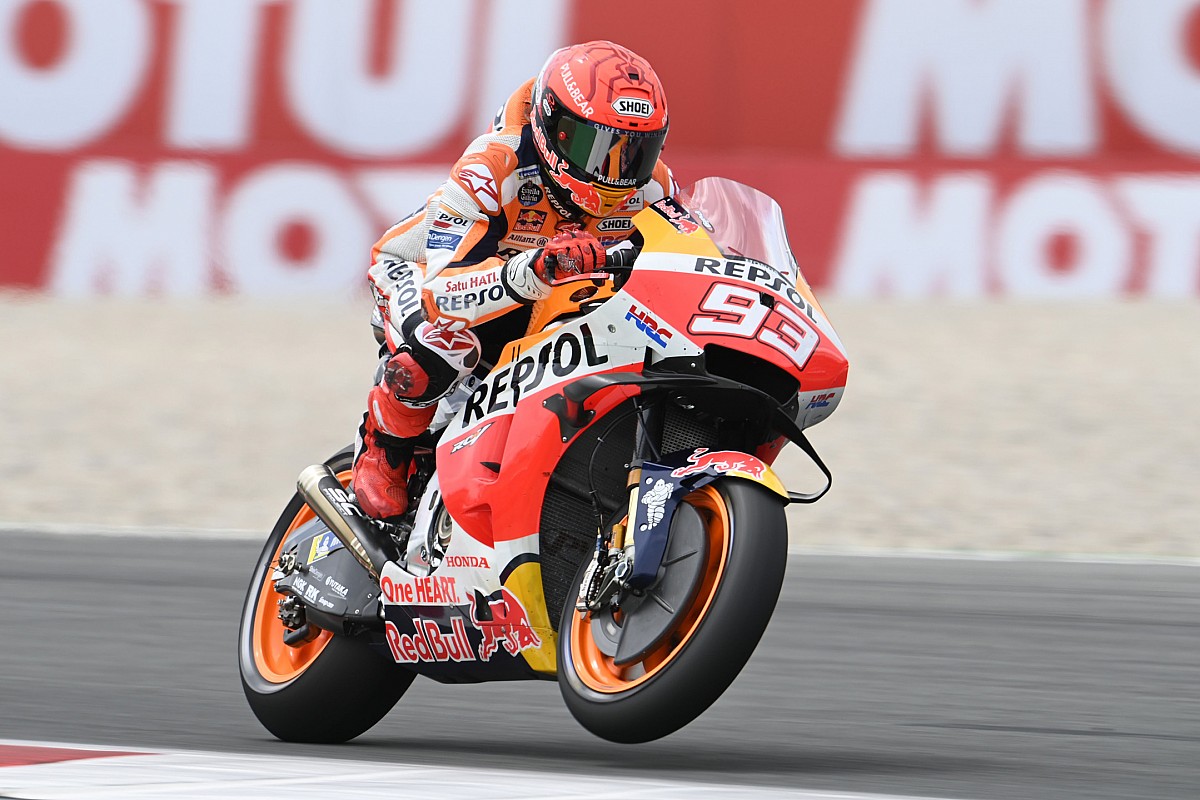 From the glory of Sachsenring to the difficulties at Assen: Marc Marquez had warned that the Dutch Grand Prix would restore normalcy and the facts proved him right. Despite some interesting flying laps during free practice, the Honda rider was unable to grab Q2 in today’s qualifying, thus being forced to push in Q1 in order to move on to the decisive phase.

Yet things did not go exactly as he would have liked, a crash just a few minutes from the end of the first part of qualifying forced Marquez to stop without having a timed time that would allow him to be competitive. The multiple world champion will in fact start from 20th position on the starting grid, one of the worst results since he has played in the premier class.

However, what heartens Marquez is Honda’s reaction to what was said yesterday after the violent highside that kept everyone in suspense: “There was a reaction to yesterday’s comments and when there is a reaction what is asked for is good. Also because, analyzing yesterday’s crash, we saw that there was no traction control, which is why I ended up on the ground. It is important to understand this, HRC reacted and did a good job, I have to thank. This crash conditioned us and today I crashed again, but it was more normal, something that can happen in qualifying ”.

Despite his position in qualifying, therefore, the eight-time world champion feels happy with how the team has worked, even in view of a race that will not be easy: “We cannot expect to have a good race because we are starting far behind. but we will try to have a decent race. On a track where we had our doubts, the crash didn’t help. It all piled up, my driving was among the worst of my sporting career in Q1. But all in all the balance of the day is good, in FP4 I was competitive and this is important in the Netherlands. This is a passing game, we arrive, play and go home. We don’t expect anything, just let the race pass and disconnect from everything for a week before starting to prepare for the second half of the season ”.

The Dutch GP is in fact the last one before the summer break, which will be useful for Marc to rest from the great physical fatigue of recent months: “I’m waiting for the break to recover a bit, sit down, analyze the first part of the season and prepare the second. My intention is to always be there, not to win, but to take steps forward, not to make ups and downs from one race to the next “.

The physical aspect will be the one that will have to recover the most, also thanks to the fear of yesterday’s crash. In fact, yesterday the Honda rider decided to undergo a check-up CT scan: “It’s no secret, yesterday afternoon I decided to do a CT scan on my right ankle because it hurt more and more. I imagined it was nothing serious, but I was finding it harder and harder to walk and I thought I would not be able to drive ”.

“They saw that there was blood in the ankle joint – he continues explaining what emerged from the CT scan – and this prevents me from placing my foot well and playing with the brake. In the morning I thought I couldn’t do it, but then I worked on it and I also put ice on it and it got better. In fact, this morning I used the rear brake on the handlebar, because I couldn’t use my foot. I tried to adapt, but in the afternoon I saw that I was better and went back to the brake on the foot. It’s just an inflammation, tomorrow I’ll be better ”.