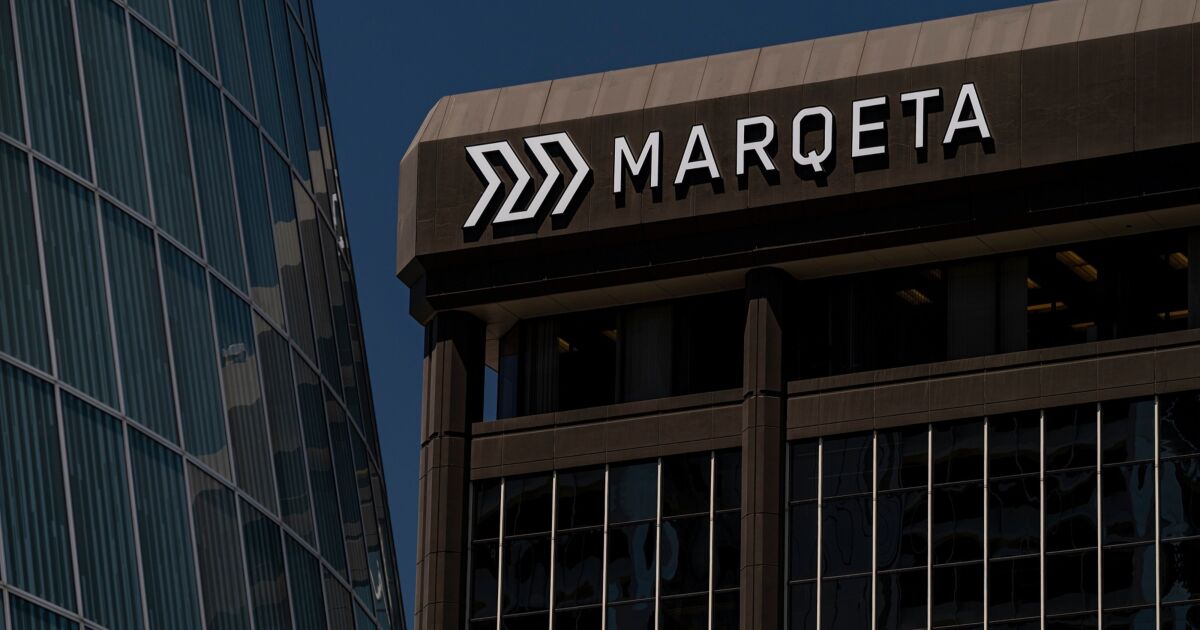 The payment processor Marqeta is seeking to capitalize on its June IPO by teaming with Payfare to find new opportunities in the gig economy.

The partnership is a significant move for Oakland, California-based Marqeta, which reached a $ 14.3 valuation after listing on Nasdaq last month. The company was already in expansion mode, having added credit-card issuing to its digital platform earlier this year through a pact with Deserve.

By teaming up with Toronto-based Payfare, which operates as the payments engine behind companies like DoorDash, Uber and Lyft, Marqeta aims to combine its card-issuing platform with Payfare’s full-service digital banking apps and modern user interface.

“Marqeta puts us in a great position to roll out some infrastructure globally,” said Marco Margiotta, CEO and founding partner of Payfare. “We would certainly do it in North America, but also in Europe, Asia and other markets.”

The companies see the gig economy as ripe for expansion. The market was already transformed by the pandemic, with ride-sharing companies offering faster payouts and leaning more heavily on services like food delivery. As lockdown restrictions ease and the job market gets more competitive, another transformation is imminent.

Marqeta and Payfare see an opportunity in providing money movement connectivity to businesses deploying freelance workforces. Clients can use Payfare’s proprietary rails and application programming interfaces to push payments to virtual or physical cards, or gain access to Mastercard Send, Visa Direct or Same-Day ACH in the US

“We want to be a one-stop shop for doing this, whether a (Uber or Lyft) driver needs money pushed to a co-branded account, or to a standard Bank of America or Wells Fargo account using other rails,” Margiotta said .

They need to act fast to serve this need – or other vendors will.

“Competition is coming for sure, based on the growth in this sector,” Marigotta said. “Everyone is kind of in the water on this now, but no one is addressing the needs specifically like we are… We get asked by investors a lot about what the competition might be, and there really is no direct competition at this time for the full platform we offer. “

In the partnership, Marqeta’s role as “the connective tissue for payments,” said Darren Mowry, chief revenue officer at Marqeta. “We are very comfortable being underneath the piping in moving money, and that is what we are excited about in this case,” Mowry said.

Marqeta and Payfare will test the process as it moves along into potential new industry sectors and geographic markets.

“It’s an important point, as to why we are calling this a partnership as opposed to just a deal, because we really think the two teams will explore and test across a variety of organizations,” Mowry noted. “We believe gig working is not anywhere near what it will become.

“It’s not just in ride-sharing, grocery or food delivery, or pharmacy or clothing,” he added. “This is a longer-term partnership where we test new capabilities across a lot of different industries.”

As the gig economy grows, the demand for virtual cards and connected accounts will increase as well. It’s an area in which Payfare handles most of its own needs, but having Marqeta as a partner will strengthen that capability, especially in European markets where Marqeta is certified.

“If Payfare doesn’t offer digital card issuance today, Marqeta can help them in that area,” said David Shipper, senior analyst in Aite Group’s retail banking and payments practice. “The relationship with Marqeta will really open doors and Payfare and get them to expand globally.”

Various companies have worked on certain aspects of faster payments to workers, including Green Dot with its SimplyPaid service or its Gig Wage banking and financial tools.

The Square Cash app provides a similar service, as does the Chime digital banking app, but those are generally established for consumer use. They are not locked into a business management platform for mass instant payouts through a service.

Servicing the gig economy payments structure is likely to be the next arena where most payments providers, including major processors, will want to play, Shipper said.

“Everyone is looking at this pay-on-demand sector,” Shipper said. “This is one of those areas, kind of like buy now / pay later, as something that is about to become very popular and everyone in the industry is going to want to figure out how to play along.”