Market analysis Nokia’s management finally has a vision of how to get the company on its feet. Are the actions now described sufficient, or will the company start selling its parts? 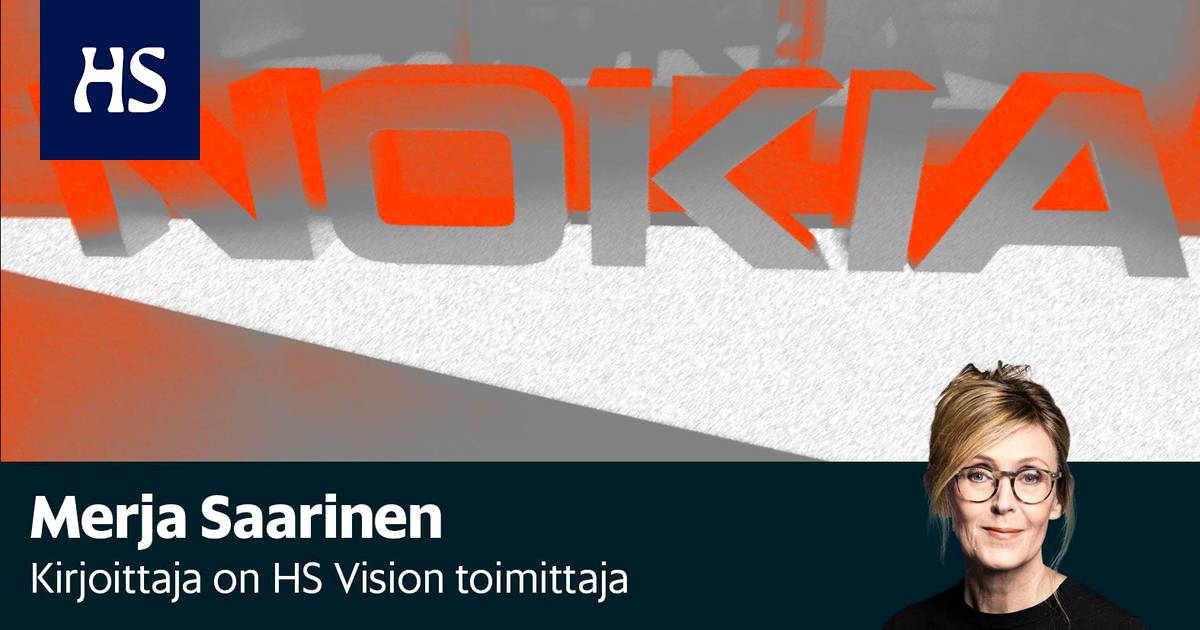 Nokia is now being hacked hard, but that is good news. In addition to the reductions, the company is also investing in growth.

Nokia new CEO Pekka Lundmark put Nokia in new faith with a big hand. A reduction of 10,000 employees was now heard. What next? Will Nokia be split up and parts put up for sale?

Online forums have already been horrified that Nokia had gotten in such bad shape. The answer is yes.

What is good now, however, is that Nokia’s management finally has a vision of how to get the company back on its feet.

The previous management did not Rajeev Surin under the leadership of a reversal managed to achieve, and the imprint has been ugly.

However, after a worm, a different Nokia may emerge. Profitable, but maybe smaller.

Now told staff cuts came as no surprise. Nokia knew how to expect news this week as it prepares to tell investors more about its new strategy and financial targets at a capital market day on Thursday.

Investors in particular expected information on how Nokia plans to cut costs. That information was obtained now.

Nokia aims to save € 600 million reducing up to 10,000 employees in two years, or more than a tenth of their staff.

A bigger surprise, however, was that at the same time, the company plans to invest € 600 million in large-scale 5g network technology to stay competitive. This is the great news to look out for.

The investment means that Nokia plans to hire more employees – probably in Finland, which is at the forefront of the development of 5g and mobile network technology.

This time, the reductions are targeted at a world where Nokia has a lot of fixed network activity. They may be subject to surgery. Some of it is profitable, some less profitable.

It is not known whether they fall within the scope of the functions purchased from Alcatel-Lucent.

The cuts could take about 300 jobs from Finland. They could target headquarters operations that are becoming redundant due to Nokia’s new strategy and structure.

In the new business model, all four units are independent, almost like their own companies, and carry out the support functions themselves, almost without a headquarters. To this end, Nokia recently transferred 14,000 employees from centralized operations to units.

But are they enough these actions too? Last spring, there was speculation about Nokia’s splitting. When broken down, a company can often be more valuable than the sum of its parts.

This possibility is still not ruled out. Whether we hear about it on Thursday is a different matter.

Analyst following Nokia Kimmo Stenvall According to OP, Nokia is cautious in its words about possible sales, as the business of the unit that is the subject of the sale intention will inevitably suffer in the long run amid speculation.

It’s clear, he says, that something is going to be sold, but not necessarily right-handedly.

“If Nokia were to put a part up for sale directly, it would mean that that unit wouldn’t even be able to work out a path to improvement,” Stenvall says.

Otherwise, he believes Nokia would give potential outlets a one-year or one-and-a-half-year grace period to get the unit to an adequate level of performance.

Potential and the biggest potential selling point could be optical networks on the network infrastructure side, after long struggling with profitability problems.

Sales could be found elsewhere as well, as Nokia’s product portfolio is extensive. Nokia has a lot of small business areas, and resources may not be enough to compete in every industry.

“A unit that is now performing well could also be put up for sale if its development would require large investments in the future, for example in a new generation of equipment. This could be a reason to sell the business instead of investing more. ”

All of this means that the road to divestments, or parts sales, is a slow process, and you shouldn’t expect quick help from Nokia. However, if implemented, it would mean a different Nokia – profitable but lower turnover.

Weather forecast in Capital and Greater Buenos Aires: how will it be on Sunday

‘The cruelest death’, an essential documentary