Marion Fayolle: “Children create a bridge and a gulf between parents” 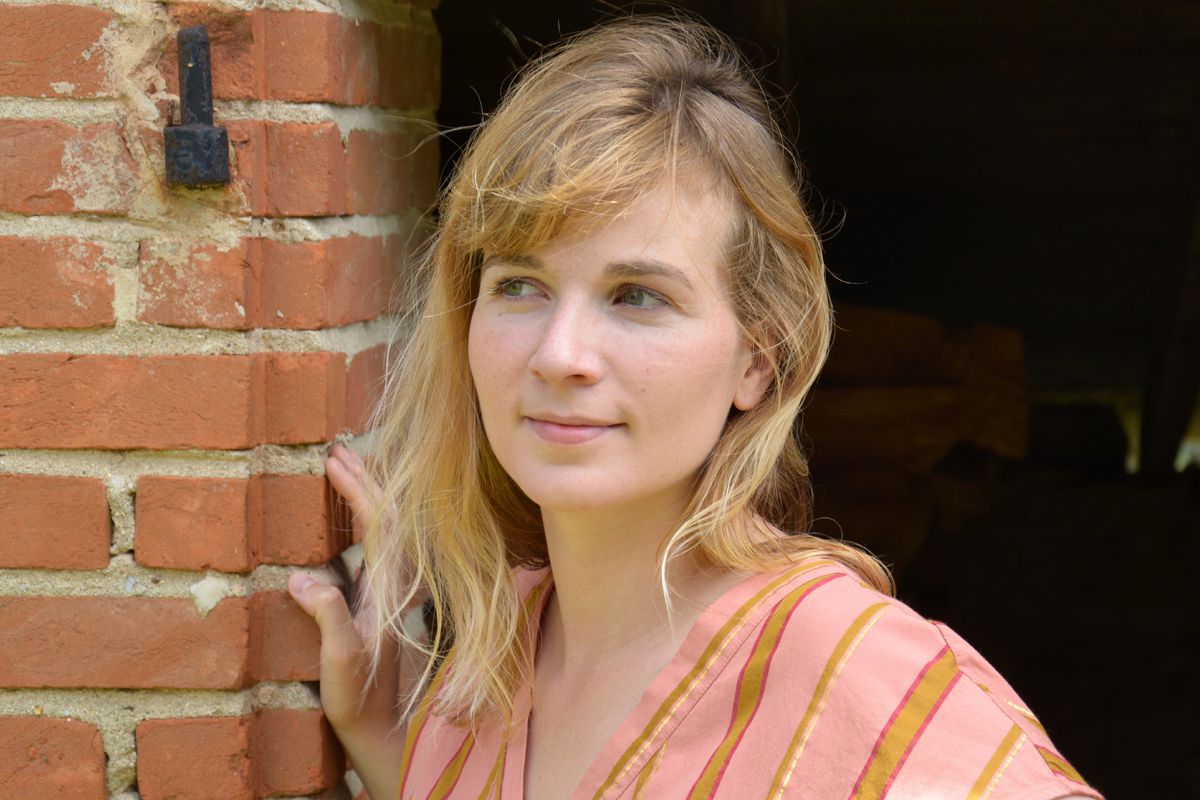 Marion Fayolle (France, 1988) is one of the most relevant French illustrators of her generation. His particular style, described by specialized critics as “visual poetry”, was gaining followers on the Internet and soon made the leap to paper, in books or on the pages of some of the most important newspapers in the world such as The New York Times. Two of his books had already arrived in Spain by the hand of Nórdica: The tenderness of the stones, a spectacular graphic novel in which he addresses the death of his father, and The naughty, a fun and brilliant collection of erotic drawings. With the latter he shares his latest work format, The little ones (Nordic), a very powerful visual approach to motherhood and fatherhood that Falloye shaped during the first year of her son’s life, when the illustrator found in the drawings a way to manifest all that maelstrom of contradictory feelings that inevitably accompany upon the arrival of a new and desired life partner.

“It was clear to me that after my son was born I wanted to take a year off, without working, just to take care of him. So I spent all my days and nights that year, taking care of him; and many times, being with him, I would think in images, drawings would appear to me. Then I was finding small moments to draw them, to make an illustrated follow-up of all the images, thoughts and emotions that crossed my mind while sharing time with my little one ”, acknowledges the illustrator.

In these illustrated thoughts and emotions that do not require a text to explain them, many parents will feel reflected and challenged, because under their apparent irony and simplicity, in Marion Falloye’s drawings very serious issues are touched upon. As she herself affirms in a kind of notice to navigators, readers will not find in The little ones advice on what to do or not do with your children, but a set of illustrations “to ask us questions and pose all our contradictions.”

QUESTION. “During the first year of her son, Marion draws as if to breathe deeply”, write from the Nordic publishing house in the presentation of the book. To what extent did drawing help you to assume that metamorphosis that motherhood inevitably brings with it?

ANSWER. Drawing in this vital period was for me a way of looking back, of suddenly looking at things from a little further away, with more perspective, of being able to laugh at certain situations, of being able to free myself from certain guilt or anxiety. My drawings helped me to see my new reality more clearly.

P. “There will be those who insist on pointing out that ‘Les petits’ is a book about motherhood, and they will be lying to you,” writes Luna Miguel in the prologue of the Spanish version. What is it about then The little ones?

R. If I decided to illustrate those images that crossed my mind and not add explanatory texts, it was to let the illustrations speak for themselves. Of course I am talking about motherhood and fatherhood with them, but the images are open and also speak of much bigger things such as family, love, education, social standards, inheritance or the passage of time.

P. Luna points out precisely in that same prologue that with her work she laughs at all those much bigger things (family, illness, sex) and that the set of scenes that make up The little ones, “Each one more crazy, but accurate”, are also an excuse “to have a laugh.” That appeal to humor, is it premeditated?

R. The truth is that I do not try to make people laugh on purpose, but it happens that when I draw I amuse myself, I question myself, I am ironic. Often that questioning and that irony leads to a game of contrasts in my work; a game of contrasts between my drawings, quite naive and clean, and the themes that I address in them, which are often much harsher.

P. Welcome in any case that appeal to humor, because I do not know if you have the feeling that lately we take motherhood / fatherhood and ourselves as fathers and mothers too seriously …

R. It is that we always want to do well and be good parents, so we are constantly afraid of harming our children, of doing it wrong, of transmitting our defects to them. For me, in that sense, it was very important to make sincere images that avoid the idealization of motherhood and fatherhood. That is to say, I was clear that with my illustrations I did not want to say what to do or not do, but simply to be able to shape images that make us ask ourselves questions and pose all our contradictions.

P. It may, by the way, that I smile with some scenes (I think of the photocopier or the giant baby separating the parents), but there are also other very powerful ones that, as he says, give you a lot to think about and that raise issues a lot. hardest. I think, for example, of the chains, the circus or the parents carving the baby.

R. The good thing is that before making my readers think, my drawings have helped me think myself. I mean with this that I do not make books because I consider that I have more knowledge than other parents and want to share it with them. No way. If I write books it is to ask myself questions, to reveal the complexities, nuances and ambivalences of the experience, but also to reassure myself or make myself laugh.

P. Among those powerful scenes that I mentioned before, I feel a clear criticism of that tendency that parents have to shape our children. I’m right?

R. That’s probably one of the things that I question the most. How to guide your son without destroying his peculiarities, letting him be him? How to educate it without damaging it? Many times I find my son so sensitive and poetic that I am afraid to see him grow up. And that is another question that often reveals itself to me. So much so that my book is called The little ones, but nevertheless on the cover the little characters are the parents. I think my son is taller than me and sometimes I am afraid that growing up, paradoxically, will make him smaller.

P. In his drawings, the female breast also has a very important weight, as food and as a refuge for the baby.

R. I breastfed my son for two years and it was difficult for me to contemplate motherhood while breastfeeding, because I found that it established an incredibly strong bond. Before I became a mother, I used to think that we breastfeed just to feed ourselves. Later, in my experience, I discovered that you could breastfeed to feed, yes, but also to comfort, love or heal. It was crazy to feel gifted with such power.

P. Other illustrations with which you challenge the reader a lot are those that portray how children discourage us and how they inevitably affect the couple’s relationship. Especially significant is that illustration in which the daughter digs a pit that separates the father and the mother. Is the birth of a child the beginning of a new form of love (or the end of love)?

R. This is a complex question. My feeling is that the child creates a bridge and a gulf between his parents. That is why I also wished that these two images could answer each other in the book. In the end, motherhood and fatherhood usually start from the fusion of two people who love each other and from whom a new person comes to life. This is what makes the experience so beautiful and haunting at the same time.

Nameless Graves and Hidden Traces of Slavery: Secrets of a US College Campus