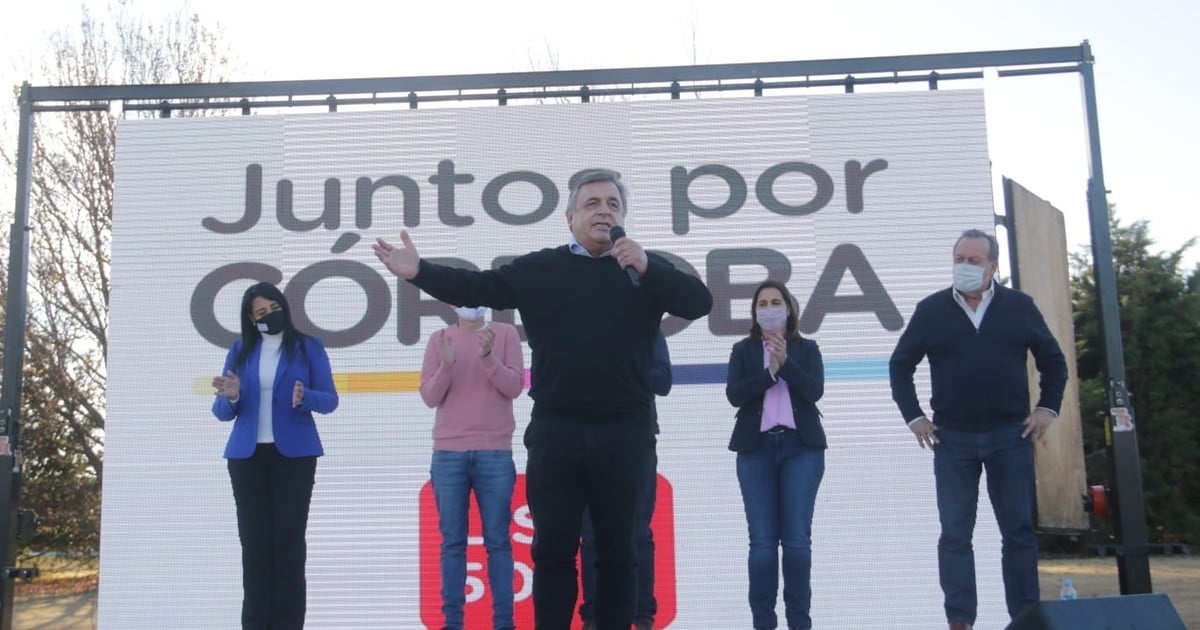 The national deputy of Together for Change and candidate for senator for Córdoba Mario Negri warned this Saturday that if Kirchnerism makes a good choice in the STEP will try to find a quorum in the lower house to approve the law to reform the public prosecutor’s office and other projects that interest Cristina Kirchner. For that reason, urged society to participate en masse of those internal elections.

“If the results of the PASO make them believe that they can win in November, it is likely that they will act in the media seeking a degree of influence to try to reach to the venue with a quorum“, Held.

Negri discarded that the vice president is going to promote before of the STEP of September 12 that this project is voted to change the prosecutor and be able to elect him without two thirds of the Senate. “There are no sessions called and, furthermore, first the virtual operating protocol of Deputies must be renewed“he recalled in statements to Dato on Radio Milenium’s data.

On Friday, the version that Cristina would order to do it before the STEP circulated loudly. The version was based on the fact that the 119-member block of deputies of the Frente de Todos, added to the block of Mendoza José Luis Ramón, Andrés Zottos and “Bali” Bucca.

In any case, even so, three deputies would still be missing to provide a quorum. Those additions to the ruling bloc “what they did was honest a situation. Ramón is one of the “muletos” that he resorted to in order to reach the number ”.

In the same radio program, the political scientist Mariel Fornoni announced that se observes an apathy in society towards PASO and an estimated participation of only 65 percent of voters, despite the fact that it is also a mandatory election.

Negri justified his candidacy for senator because it is necessary to “end the “burrow” and the plant of Cristina’s impunity project, which is today the Senate ”.

“Populism must be defeated at the polls and in the debates of ideas in the Senate and in the defense of the Republic,” he stressed.

“Without institutions, it is not possible to speak of the viability of the country’s development. Kirchnerism is putting Argentina in a situation of unfeasibility that has become irrelevant in the world, “he added.

Meanwhile, “the society discuss the dulce de leche and champagne in the Quinta de OlivosCristina had the documents of two controversial candidates for judges dispatched to the Senate through a tube, ”such as Guadalupe Vázquez and Gabriel De Vedia as part of her strategy.

“We are facing to a greater hurry for Cristina for colonizing justice to solve their past of corruption and achieve impunity in their Final Battle “, added Negri.

“We are in a reversed presidentialism. It is the first time in history where power does not coincide with who wields it. We have never seen that power is in the vice president and that the president is the result of having been intelligently elected because he was the one who most questioned the president, ”he stressed.

Alberto Fernández “was named as a candidate because they knew that he was able to change his word ”to favor CristinaNegri finished.

Divorce The world’s most expensive divorce lawsuit ends in reconciliation: a Russian billionaire argued with his ex-wife over the division of property for five years