Mario Negri, against Kirchnerism: ‘We are neither Nazis nor less patriots’ 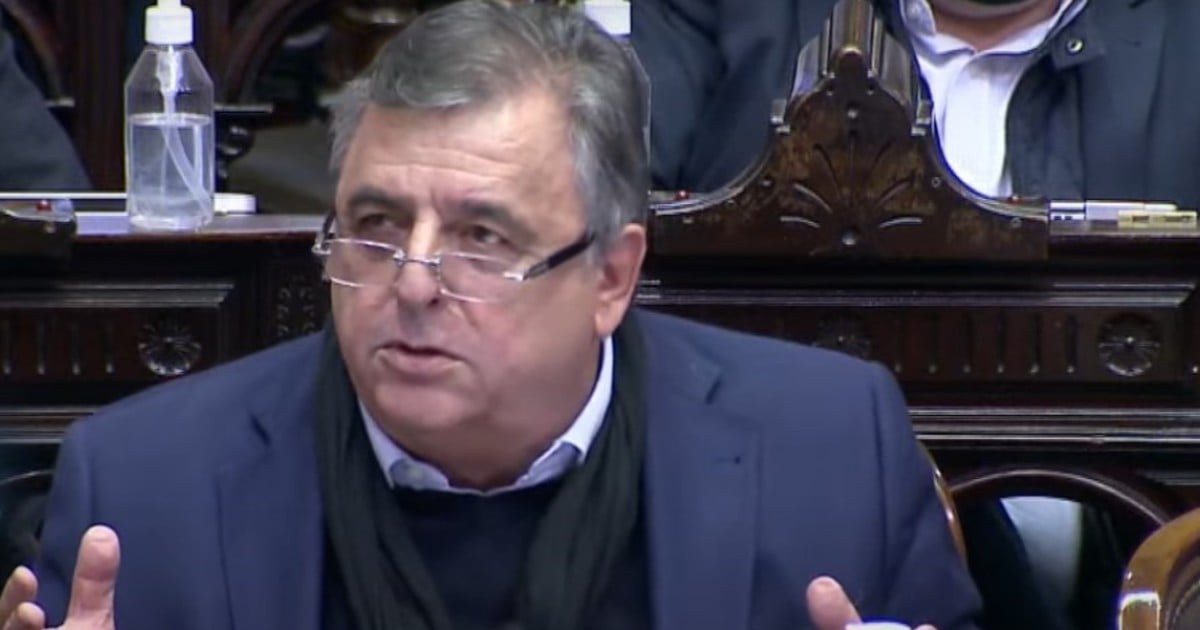 In a hot session, Santiago Cafiero presented his management report in Congress on Wednesday. Between indictments and chicanas, Mario Negri was very hard with the management of the coronavirus pandemic and came out at the crossroads of criticism from the ruling party. “We are not Nazis nor less patriots than you, “he told the Chief of Staff.

After extensive criticism of the government’s work on the pandemic, the head of the Juntos por el Cambio bloc said that the opposition is “on the side of the rational solutions“.

“I don’t believe in new speeches, now he joined the one of hate against love. Enough looking up synonyms for sustain the unsustainable. You have to understand the difficulties, “warned the referent of radicalism.

And he was implacable at the end of his speech: “We are no less patriotic than you and we are not Nazis either. We are Argentines who do not want this country to leave. fuck itNegri said.

With those words, he alluded to the phrase of Carlos Bianco, Chief of Cabinet of the Province of Buenos Aires, who on Wednesday compared the opposition to Nazism. Fernando Iglesias had expressed himself in terms similar to those of Negri, also in response to Bianco.

He also took up another discussion. Cafiero also assured that “Argentina is not that shitty country” that he said the opposition is talking about, while Cristian Ritondo replied: “You are doing shit to Argentina.”

At the beginning of his speech, Negri had described as “disorientated” to the government. “I’m worried, I see it stubborn, even in the gross error, “he explained.

And he exemplified: “What he cannot manage he prohibits, even if he later retracts. There were hundreds of examples, from runners, then vaccines, schools, the stranded.”

In that sense, he pointed out that “stubbornness is a bad symptom of any management “.

He pointed three mistakes Argentina’s performance in the pandemic: the political use of quarantine, VIP vaccination and the closure of schools.

“How many people with dead relatives they would have thought that if I had been in the queue he saved? “, he asked about the scandal that ejected Ginés González García from the Ministry of Health.

On the classes, he asserted: “The problem of education became a battle. Seven months without education we had!“In addition, he stressed that it all ended with a request from Cristina Kirchner, after Alberto Fernández was ironclad in his decision.

“Luckily afterwards the vice president went to Buenos Aires and said ‘go back to school,'” Negri said, with a hint of irony.

https://www.clarin.com/politica/sugestiva-critica-maximo-kirchner-quiero-pais-ceda-caprichos-laboratorios-extranjeros-_0_SCFsFV_Fl.htmlNegri was the first speaker among the block heads. Before that, it had been the turn of the Kirchner deputies, who extended their praise to the national government and joined with Chicanas to Juntos por el Cambio. Then there would be a closing of Máximo Kirchner with a critical and suggestive phrase.

One of the most forceful appearances was that of Lucía Corpacci, deputy of Catamarca, who alluded to the presence of the opposition in Formosa.

“The same people who did not want to approve the bill for the purchase of vaccines were perhaps the ones who created the most conflicts in the street, encouraging the non-use of chinstraps, going to provinces that had no case and flood them with new cases. And now they demand that the government not be vaccinated the entire population, “said the former governor.

A black palate and in-laws of Alicia Kirchner, the governor of Santa Cruz, Corpacci readily implied that visits by Patricia Bullrich and other opposition leaders to the strictly controlled lands of Kirchnerista Gildo Insfrán carried the virus.

The opponents went to complain about the human rights violations of the provincial administration in the strict handling of the pandemic restrictions.

Lucía Corpacci, in her time as governor of Catamarca, together with Mauricio Macri. Now he defended Insfrán and accused opponents of bringing the virus to Formosa.

He also got into the discussion for the Presidential DNU: “In this country the Ministry of Health disappeared by mere DNU of Macri. And now they question and get angry when we want to buy the Pfizer vaccine for DNU to shorten procedures “.

In addition, she was proud to belong to the government of Alberto Fernández. “A president who he is not going on vacation, that we see him increasingly gray and tired, like you“, he commented to Cafiero, in a wink.

And he closed with another criticism of Mauricio Macri: “But they are at the bottom of the canyon, They are not with the deck chair under their arms. “

Within Kirchnerism, Gabriela Cerruti also spoke. He was surprised by how brief: in the shorter intervention, pointed to the repeated requests for Cafiero to comply with the formal appointment and questioned the opposition.

Gabriela Cerruti in Congress. A short chicana at the right time against the opposition. Photo Rolando Andrade Stracuzzi

She was not the only one who spoke of empty benches in the compound. Minutes later the pampeano joined Hernán Pérez Araujo.

“The deputies of the majority bloc of the opposition demanded their presence and today, after their shouting and shouting in their benches with expletives almost reaching insult, they withdrew and they are watching it on television“said Pérez Araujo.

The opposition insistently demanded the presence of Cafiero: the chief of staff I had not attended 343 days to inform the Chamber of Deputies.

Deputy K concluded his speech, longer than that of Cerruti, with a proposal: “The next vez we can do electronically, that for the majority bench of the opposition is the same “.

Jose Ruiz Aragon he didn’t want to stay outside the chicanes.

Although remanned, his phrase also drew some laughs.

After Máximo Kirchner’s speech, Cafiero complied with his report. Many questions remained answered by administrative means. In the compound, time passed to the rhythm of the chicanes.