Mario González, the Spanish killer who breaks records in Portugal 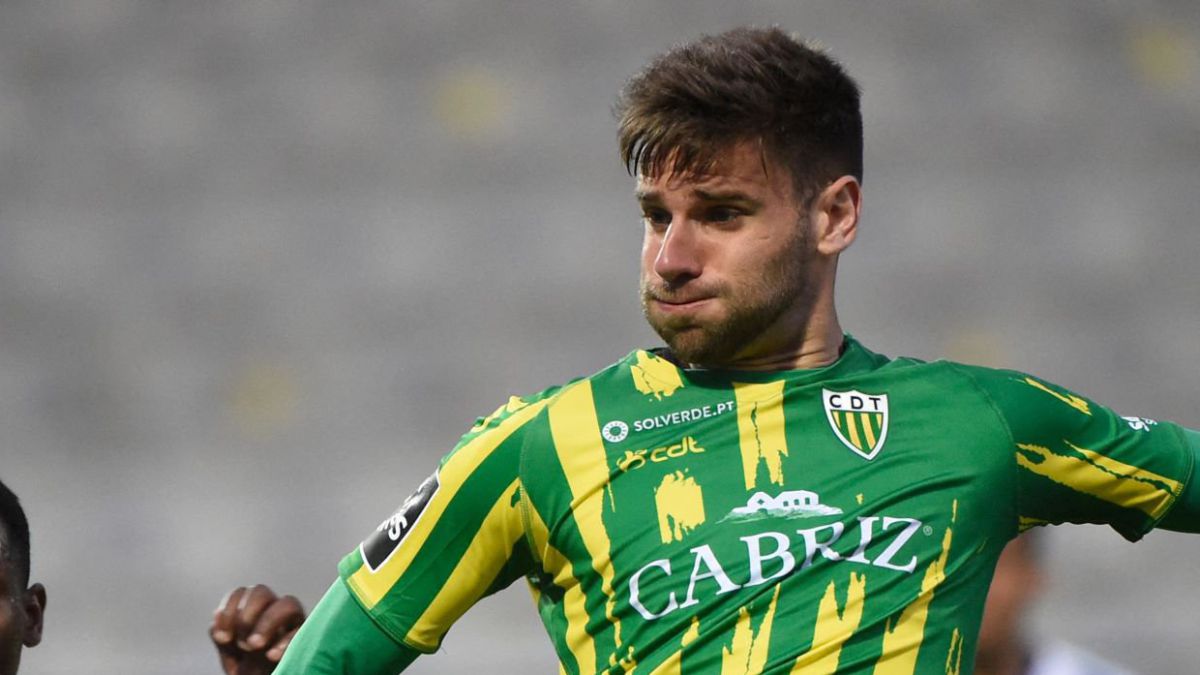 Mario Gonzalez (Burgos, 25 years old) decided about a year ago to break his comfort zone, and after breaking, he has broken anonymity and a good handful of records. He has beaten them in Portugal, where he is the man of fashion. This skilled Tondela striker (on loan from Villarreal) beat Rodrigo Moreno and Nolito as the Spaniard who has scored the most goals in a regular season in the Portuguese First Division. His historic hat-trick in just eight minutes against Moreirense means that he has already accumulated twelve goals, one more than the eleven achieved by both the Leeds forward and the current Celta striker.

“Now I would like to exceed 13, which is the record of a Tondela player in a single season in the First Division”, Mario tells in the solitude of his apartment in this small town of just over 3,000 inhabitants. Chaired by the Spanish David belenguer (ex from Getafe) and trained by Pako Ayestarán (ex Valencia), the Tondela It is the only club in the interior of Portugal present in the highest category in which it sports the lowest budget.

“I was not in favor of going to Portugal”

They are humble credentials that Mario did not appeal to him when, last summer, he had to choose between playing in the Albacete or go to your own Tondela after a fleeting and inconspicuous passage through France. At Clermont Foot in Ligue 2 he only scored four goals after 20 games cut short by the pandemic, just as his team threatened to storm promotion to Ligue 1 and he was on a roll with three goals in the last four games.

“The final suspension did not help me too much. It was difficult to find equipment “, account. After many movements, he only had two proposals: Albacete or Tondela. “I was not very in favor of going to Portugal. I preferred the comfort of staying in Spain, but it is true that my YouFirst Sports agents encouraged me to take the leap. The Tondela He did not have as much competition in attack and they knew that he would play regularly. They got it right ”, he analyzes certain that that choice and a phone call may have changed his life.

Emery, key in his signing

The conversation in question was held in summer Pako Ayestarán and Unai Emery. The technician of the Tondela, physical preparer of Emery at Valencia, he called the Villarreal coach to get his opinion on this guy Mario Gonzalez that they had offered him and that the Hondarribia had at his command in the preseason of the Yellow Submarine. “Emery spoke well of me and convinced him to sign me. I have to thank him, ”says Mario.

You still have one year left on your contract with him Villarreal, and although he insists that for now he prefers “not to think about the future”, several First Division teams in Spain and Portugal have already knocked on his door to inquire about his future intentions. The Villarreal He will have the key, but in the meantime, Mario is dedicated to enjoying a career that began in Burgos. As a youth, the people of Castellón incorporated him into their quarry and dressed him with patience and assignments to seek the emergence that he is now starring in Portugal, where he is not the only Spanish surprise of the championship.

“Pedro Porro is leaving. I am not surprised by his call with Spain ”, he says. And put to point out pearls of the future, he points to Nuno Mendes, also a left back of Sporting de Portugal, the same team as Porro. “Nobody knows him, but soon he will have to talk,” he says for sure.

“We should value Portugal more”

Word of another revelation in a surprisingly unremarkable league for the Spanish player. “It is true that we do not value it. On Europe they give it much more importance than we do in Spain. It is a mistake, because sometimes it is preferred to go to Central Europe earlier than to Portugal, with how close we have it and the facilities that culture and language give us ”, he adds.

Mario He is already fluent in Portuguese (he is also fluent in French) to grant interviews to local media. “I put myself to the top in the first months and I’m not bad at it, really”, He jokes without hiding that the other Spaniards in the club have also made it easy for him to adapt to the country and the competition in which he is a fashionable man without being noticed in his way of being. He keeps driving the Opel Astra he had in Villarreal and has not dropped out of college. Because to succeed in football you don’t always have to show off strident player skills.