Marini: ‘Valentino as a partner? Would be a dream!’ 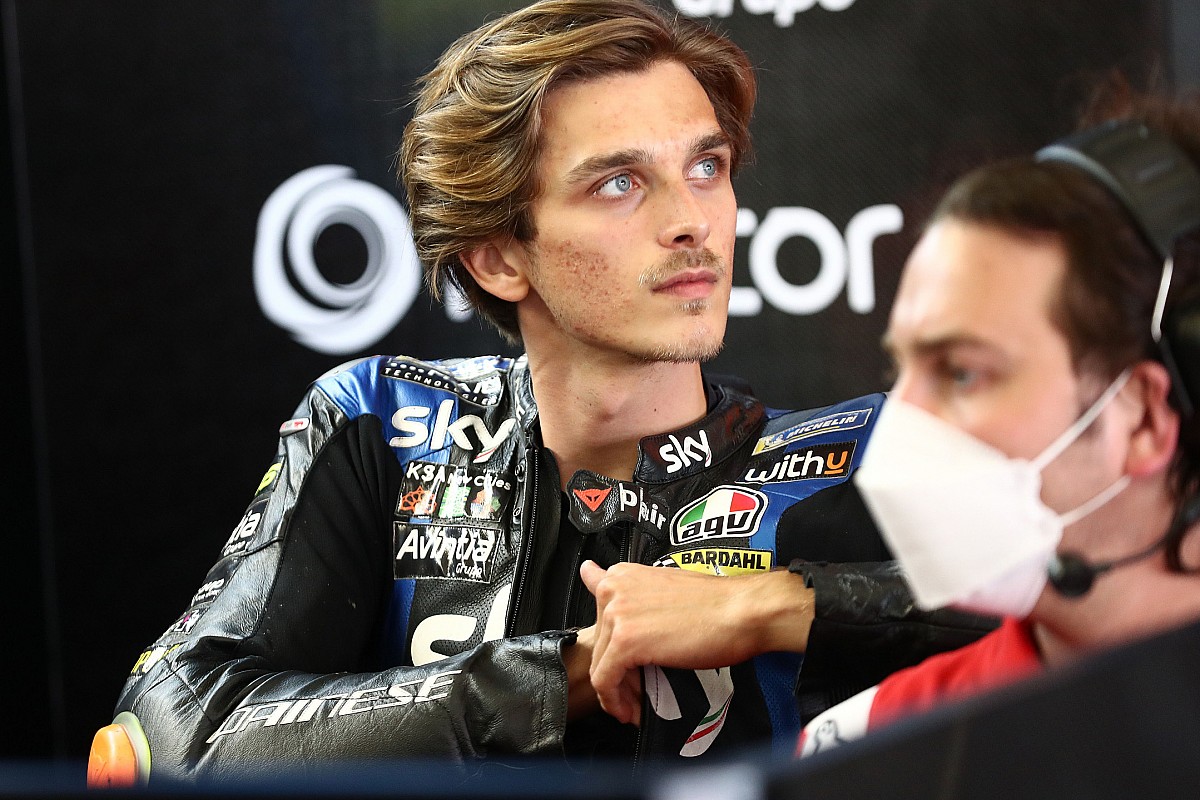 The news of the day, albeit expected as of yesterday, was undoubtedly the announcement of the agreement reached between VR46 and Ducati, with the team from Tavullia making its MotoGP debut with the bikes of the Borgo. Panigale.

An announcement that clearly touched Luca Marini closely, who this year made the team from the Marches take its first steps in the premier class, bringing its colors to a Desmosedici GP which, however, is technically managed by the Spaniards of Avintia Esponsorama.

Obviously, also considering the bond of brotherhood with the great boss Valentino Rossi, Luca took it more than positively: “I have to congratulate my brother, Pablo (Nieto) and Uccio (Salucci) because they have done an excellent job. Starting a new project in the premier class will represent a great challenge, as well as a qualitative leap “.

Although the announcement did not concern the names of the riders, but only the brand of the bikes, Marini has clearly hinted that it will be part of the project. However, this has never been doubted in recent months, and Luca is also happy to be able to continue his relationship with Ducati.

“I hope to continue to mature with the VR46 to help it become one of the reference teams, as it was in Moto2. I am happy to continue the collaboration with Ducati, because there is a fantastic atmosphere and the feeling with the bike is growing up. I still don’t know what package I will have in 2022, but I am convinced it will be the best possible “.

However, there was a name in the press release, namely that of his brother Valentino, called into question by Prince Abdulaziz bin Abdullah bin Saud bin Abdulaziz Al Saud, great financier of the operation with the sponsor Aramco, the Saudi oil company, who stressed that he would appreciate having the 9-time world champion as a driver right next to Luca.

Of course, sharing the garage with Valentino is something he would love to do, but the most important thing for Marini is that his brother makes the choice that can make him happier.

“This is something you have to ask Vale. I don’t even know if she has made a decision before. Now there is a long pause, in which she can stay with a clear mind and evaluate all things for the best” .

“I hope and wish Vale to make the best decision for him, that he can have fun over the next few years and the rest of his life doing what he likes most. Obviously having him as a teammate would be a dream.”

Finally, he seems to have quite clear ideas about his contractual situation, even if at the moment nothing is defined yet. But in due course there will be a way to do that too.

“We still have to discuss it, but I would hope to have a contract with Ducati. Talking about it also with Uccio, it seemed the best thing for me as a rider. Having a contract directly with the manufacturer is always an added value and also something that you He’s a lot of responsibility, so he’s very nice to be a rider. “

“These contractual issues, however, we will resolve later, when we have more time, because now I think that VR46 and all the other partners will have to do many things as a new team. It will be a busy summer for them, then when the time comes to talk with the riders, I can’t wait, because they are really beautiful things “, he concluded.