Marina Dal Poggetto: ‘Inflation above 50% is no longer lowered gradually’ 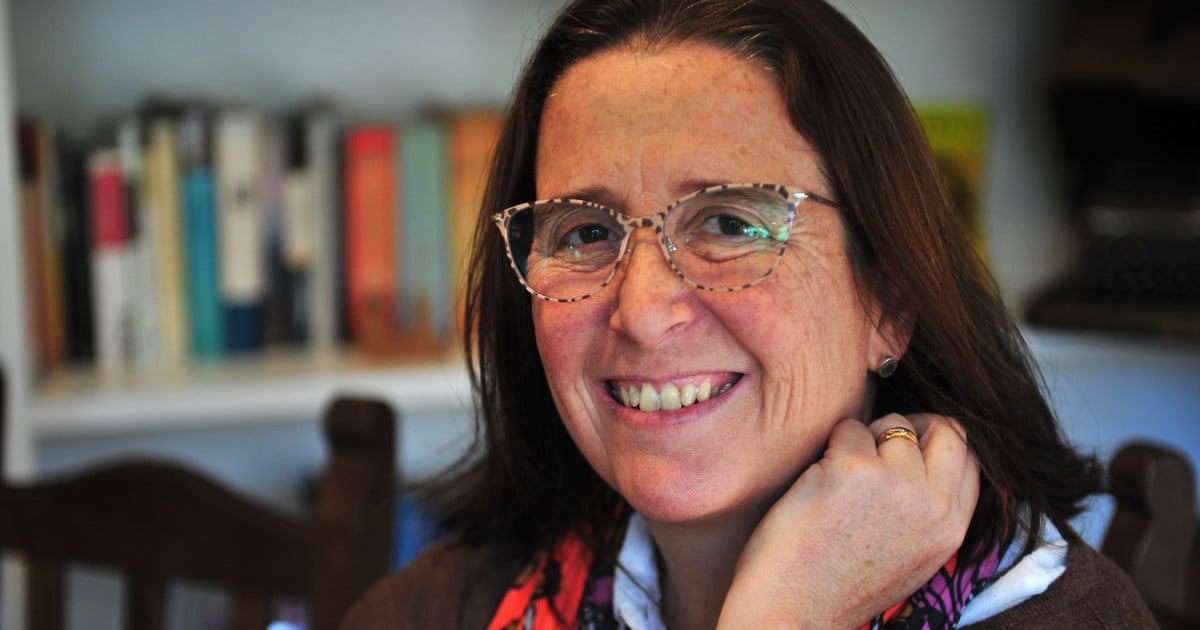 “Does the economy define the choice?”

-Not for me. Activity will pick up and rebound faster in this second wave. There is an inflationary dynamic that peaked last October and tends to slow down, although at levels that are still very high as we saw with the June data. And a retirement and salary income that it lost in recent months in the face of inflation and that the Government tries to rebuild to some extent.

“Couldn’t all this be capitalized on by the opposition?”

“My point to your question is that Without an exchange explosion, the economy will play neither for nor against. The opposition still has a fresh poster of what happened to the dollar in 2019 and the Government shows a recovery, like it or not. The Kirchnerism he will say that he faces Macri and the pandemic. The opposition will mark the lack of horizon for the lack of dollars to reach.

“In 2015 I thought that the only way to lower inflation was gradual. Not today. With inflation at these levels, it is no longer enough.”

– How would you describe the current moment of the economy?

—Of a decay with stability. We see a government that manages the shortage because it does not have a stabilization program, it only tries to contain a exchange pressure at the door, turning off taps and not giving a discussion of how the day will go after. For now, it is to see how it reaches November and bets to do it with the coalition together, without the gap skyrocketing and without an agreement with the IMF, taking advantage of the extra dollars that will come in from the extra injection of the Fund by Covid, about US $ 4.3 billion of SDR, and about US $ 8,000 million of agricultural exports with soybeans above US $ 500.

—How do the reserves get to the elections?

—Without an agreement with the IMF that postpones capital maturities, net reserves, which went from US $ 2.5 billion in February to US $ 6.9 billion today, are likely to begin to fall and register a low level in election months.

—The question that the market is asking is when the dollar will escape, if before or after the elections. What do you think?

–I do not see the Government validating a jump in the dollar, neither before nor after. It has room to handle the dollar and is devaluing less and less, at a rate close to 1% per month. The objective is that the dollar is not very different from the $ 102 of the Budget for November 14.

“Without an exchange explosion, the economy will not play either for or against the government. What happened to the dollar and the opposition is still fresh.”

– What is the main problem then for November?

—The gap and the perverse mechanism it produces: it encourages us to obtain all the imports that can be made at the official dollar and to delay exports for as long as possible. All of this creates a shortage of dollars. In June, the gap started to bother again after a period in which it had given way, and last week new controls were introduced to stabilize by putting limits on demand and supply.

—With the BCRA and CNV regulations, does the gap hold at these levels? They talk about the gap of the gap in the CCL.

—It hasn’t appeared yet, but it probably will because in the coming months the tension over dollarization will become even more acute. The Central is beginning to enter an area that economists call diminishing returns, that is, there were four months of buying dollars in the official market and it is likely that this will turn into sales sometime in August.

—Nor do you think there could be a correction in the dollar after the elections?

—I do not see the Government seeking to close the gap with a jump in the exchange rate as in 2014. At that time Argentina had more reserves, a program with the IMF was not on the horizon and a dollar much more backward, to date about $ 56. Now it’s different. Perhaps we do see that the rate of devaluation instead of being 1% per month is more similar to inflation, that is, a kind of crawling peg like at the beginning of the year. The Central Bank is lagging the dollar but starting from a high exchange rate. Here a macroeconomic adjustment was made. Real wages fell 23% since November 2015 and Argentina went from having the highest dollar wages in the region to having the lowest even with the official exchange rate. The problem is that there is a higher number of maturities on the horizon than the reserves. Without an agreement with the IMF and devaluing at a rate much lower than inflation, we are buying ourselves a problem.

“The Monetary Fund will ask to discuss points on the labor market, for example, the prohibition of dismissal and double compensation.”

– Does running the wall of dollar maturities with the IMF imply a more adjustment program?

—It will involve discussing a program with four points. The first is what I call ‘nominality and dollar’. In Argentina inflation goes to 3% per month, the dollar to 1% and zero rates. That is not how it works. Second, the tax gap. It is true that the fiscal deficit is corrected this year, but the decline is not sustained. The deficit in the first semester will give 0.5% of GDP and it is very difficult to close the year above 3%. But that decline from 2020 to 2021 is not sustained for 2022 due to retirement mobility plus rate corrections. The third part of a program with the IMF is how to accumulate reserves and the monetary program. The fourth is to define what structural reforms There will be behind this model to achieve everything I mention: single dollar, reserves that are enough to pay the debt, fiscal balance and growth that allows creating jobs.

– What reforms will the IMF ask for?

—To start the labor regime. Surely the elimination of the ban on dismissal and of the double indemnity or stop. We must see what is done with the labor regime and pay attention here because the future of the pension regime cannot be discussed without taking into account what changes will be made in the labor issue. Discussing the formula for retirement mobility is key to achieving fiscal balance.

—What should we look forward to in the discussion with the IMF?

—How fast is the program fixed, to what extent does it decompress debt maturities and how much confidence it generates for a government that also has to pass the agreement through Congress.

–In 2015 I thought that the only possible way was the gradual one. Not todayWith gradualism you do not lower an inflation above 50%. A gradual fiscal adjustment will not lower the gap. It should be signed quickly with the Monetary Fund and even go to a faster scenario in fiscal consolidation.

—It always depends on where the other prices in the economy are set, like the dollar. The de-indexing of spending will have to be done.

“But one more adjustment?” If Macri made one and now Fernández is making another. Argentina made two fiscal adjustments in three years … it’s like this never ends.

—None of those adjustments was sustainable, they were liquefactions. Macri’s adjustment was not sustained because he had pension mobility. Proof of this was that Alberto Fernández, at the start of his government when he tried to stabilize, changed mobility and tries to sustain the adjustment that Macri had started over time. Then came the pandemic and went from a balance in public accounts to almost 6 points of GDP of fiscal deficit. In 2021, an accelerated adjustment is made again, hand in hand with inflation, the rebound in activity, higher income from soybeans and the tax on large fortunes. But the same thing happens in the Macri government: the adjustment does not hold without changing the indexation.

“Is this economy competitive?”

—The main advantage is the liquefaction of wages. Argentina has a high dollar and liquefied wages. Now with the gap changing, these incentives are perverse. In order to grow again, you have to have a program that has to some extent those four points that I mentioned before.

– Can the Argentine economy face a virtuous way out of this depression as it was when it came out of convertibility, virtuous? At that time there was also a liquidation of salaries.

—It is that the competitiveness of this economy is very damaged by the functioning of the macroeconomy and that time, on the other hand, the twin surpluses.

The downsides of making ‘tweaks’ without a backup program

“The inflation that we expect for the year is in the area of ​​48% -49%. The inflationary regime was changed in 2018 with the jump in dollar installments from $ 20 to $ 60, there inflation goes to 48% after you came in the twenty-something zone. In 2019 you went to 53% and temporarily last year you fell to 36% ”, says Marina Dal Poggetto, director of the Eco Go consultancy. “You are in an inflation rate of 50% as with Macri.”

– Is this inflation stabilizing here or can it rise more?

“It depends on a lot of factors. The lack of dollars can generate an increase in the speed of money and an acceleration of inflation. That is why a quick agreement with the IMF is important. To maintain current inflation, it is enough to continue as it is. To lower it, more things are needed ”.

With the negotiation with the IMF, Dal Poggetto sees “a political obstacle more than a technical one.” His feeling is that there will finally be a deal with the Monetary Fund because there is no more room to avoid corrections with 18% dollar market funding. The announcement would be after the elections, says Dal Poggetto. “A default to the IMF is not an option. The issue is what agreement will end up being ”.

Dal Poggetto is one of the most experienced economists in the city, former partner of Miguel Bein at Estudio Bein & Asociados.

– Is the Government doing its homework with the fiscal adjustment?

“You are in a particular world where the fiscal deficit is the norm, in the United States it will be for the second consecutive year of the order of 15% of GDP. Argentina makes an adjustment, it has no other. But beware that nominal fiscal corrections without a lender of Ultimately behind, they end badly as happened to Argentina in 2001. With a lender behind, the costs are high, but the adjustments have a beginning and an end, as happened in Greece, Portugal and Ireland“.