Marijuana was distributed to those vaccinated against coronavirus 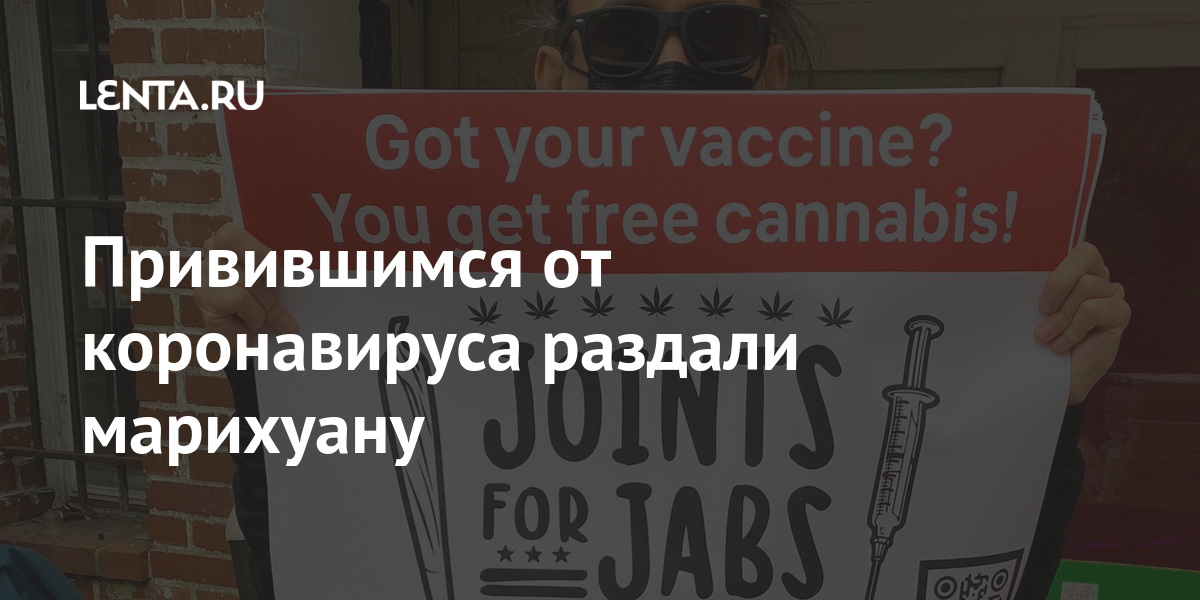 In the center of New York, marijuana was distributed to those vaccinated against the coronavirus. The action was carried out by the non-profit organization DCMJ, which advocates for the legalization of drugs in the United States, reports RIA News…

One of the founders of DCMJ, Nicholas Schiller, told the publication that the “Weeds for Vaccinations” campaign was also held in Washington. According to Schiller, in this way activists are trying to push people to get vaccinated. He said that more than four thousand people came to buy cigarettes in New York, but some of them hoped to get cannabis by deception, presenting a certificate of the presence of antibodies instead of a certificate of vaccination.

Schiller added that although the Sputnik V vaccine is not used in the United States, the organization will also issue a “joint” to those who bring a certificate of vaccination with the Russian drug. The event is timed to coincide with Cannabis Day, which is celebrated in the United States on April 20.

In the end, both houses of the New York State Legislature voted in favor of legislation to legalize recreational marijuana use. It was later signed by State Governor Andrew Cuomo. The law will remove convictions from thousands of state residents convicted on cannabis-related charges. In addition, the authorities expect that the new industry will create 30-60 thousand new jobs and replenish the treasury with an additional 350 million dollars annually.